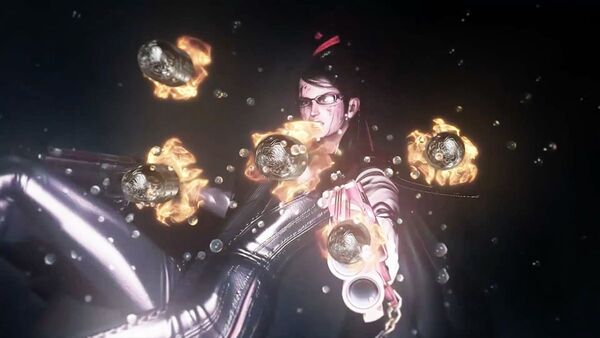 Whenever someone mentions PlatinumGames, Bayonetta 3 is going to be brought up instantly. With each passing day, fans of the franchise grow more curious about how the game is coming along. When on earth are we going to leran something new about the game? If things go well, it seems we could learn at thing or two this year.

Platinum's Hideki Kamiya recently appeared on an official Arcade Archives stream with Hamster, and the discussion of new projects came up. Kamiya decided to jump in at this moment with a tiny tidbit on Bayonetta 3, along with other games we don't know about. You can read the comment below, as translated by NintendoEverything.

Well, I suppose… we’ve been working on new stuff like Bayonetta 3, not that I can say too much… but I hope we can give an update during the year. ...and give updates on a few more unannounced projects too. I’m not sure if I’m allowed to say that, but I said it anyway.

Sounds like 2021 will finally bring us a fresh look at Bayonetta 3. Let's hope we'll also get to play the game this year!

Thanks to WolfStarSonic for the heads up!
Source: Link
Rating: 0

I hope we can give an update during the year. ...and give updates on a few more unannounced projects too. I’m not sure if I’m allowed to say that, but I said it anyway.

It's impressive how non-commital the statement is compared with how he's acting like he's breaking rules to give out the information. Maybe we'll have something new to announce or maybe we won't. But perhaps I've said too much. You didn't say anything!

On New Years Eve, Kamiya will tell us that Bayonetta 3 "development is going very well, so please wait with peace of mind." 😜

Really though, this is no more an update than his previous statements.

Bayonetta 3 will be done when it’s done, and realistically you don’t need to know anything until that time comes.