Tomonobu Itagaki, director of Devil's Third, wants to get back into game development 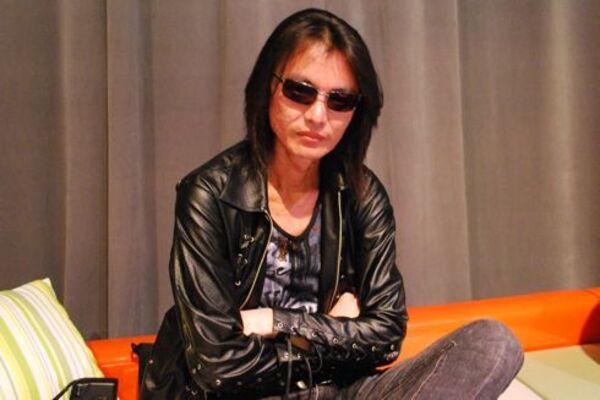 Tomonobu Itagaki, director of the Dead or Alive series and Devil's Third, has expressed interest in creating another video game. In a recent interview with Bloomberg, Itagaki discussed what it was like to work with Microsoft and develop Xbox games. Toward the end of the article, Itagaki explans what he has been doing as of late, and he mentions that he is interested in resuming game devleopment once again:

Q: Tell me your recents.

A: For the past four years, I’ve been teaching job to foster juniors, but now I feel like I want to make a game again and just established a company for that purpose.

Q: Oh! That’s great news. I am sure a lot of Xbox fans are awaiting for your work!
A: You can count me for that. Otherwise I wouldn’t have accepted an interview for this Xbox article.

Q: What if, Microsofts said they want to make your company one of Microsoft studios?
A: Haha, I would start again with questions that I made to Seamus two decades ago. Back then, I asked him, are you confident that you will beat PS2? He said yes. Xbox is called “Project Midway” and I’ll gain the supremacy with it. That’s why I trusted him and actually created Xbox-exclusive games for about 10 years. 20 years have passed since then, and I established my own company, Itagaki Games, which is not Tecmo, nor Valhalla. I know Microsoft is still aggressive. If they reach out to me, it will be an honor for me.

I can't be excited. He is not a good game developer. His game are flashy but dull....hey, just like Xbox consoles!

Definitely not as good as his ego suggests, but then I did really like the first couple Ninja Gaiden games. Probably lost his shot at making another big budget game after Devil’s Turd.