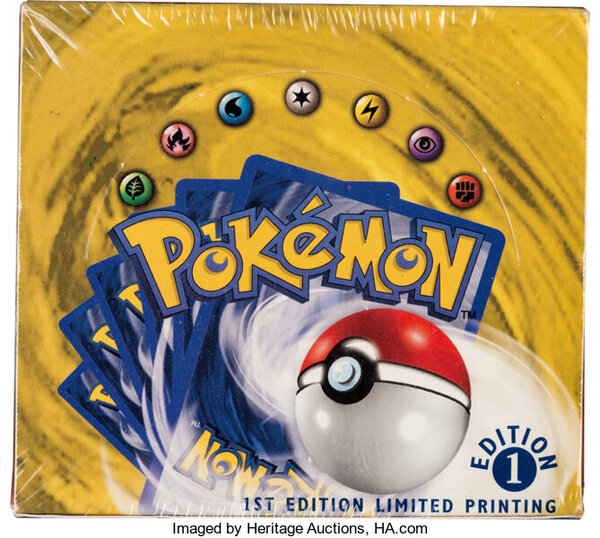 Pokemon TCG collecting has always been popular, but we've seen things skyrocket in the last few months. With interest in the collections growing, the value of cards is ballooning as well. This has led to a new record in the auction scene.

An unopened box of first edition Pokemon TCG cards has just closed out an auction, and the winning bid was for a staggering $408,000. That makes a new record for the highest price brought in for an unopened box. We still haven't seen the limit these card auctions will pull in yet, so expect another record to be set sometime in the near future.

How much did these originally cost? If only you knew back then what was worth buying and keeping sealed.