Among Us devs share updates on the new Airship map, Accounts system, bug fixes, and more 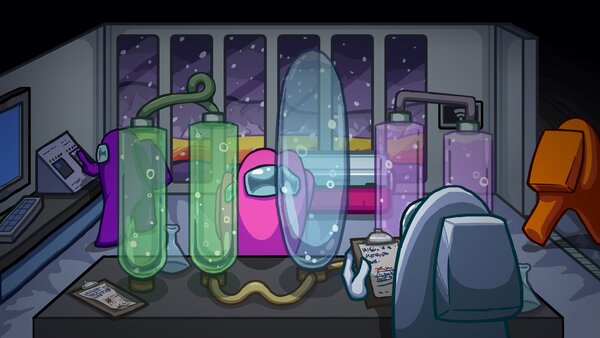 The team behind Among Us has shared a big dev blog that goes over some of the things coming to the game soon, as well as aspects they've been working on now. There's talk of the new Airship map, bug fixes, the account system, and more. You can read all the pertinent info in the blurbs below.

New map coming early 2021 – watch the trailer here. As we revealed at the Game Awards on Dec 10th, the new Airship map will be dropping in early 2021! Inspired by our other game The Henry Stickmin Collection, this will be a huge map with all new tasks and rooms to explore. Choose which room you start in, run around in new costumes, and even climb up and down ladders?! Crewmate technology has advanced so much, wow. And yes – the update will be free!

Nintendo Switch bug fixes. We’ve did a few bug fixes for the Nintendo Switch, including some words being blocked in chat, scrolling with the controller, and more. Right now buying cosmetic items are missing from the game, which we intend to add in at some point too!

2021 roadmap. Now that we've wrapped up a lot of stuff for the holidays, we're looking to be more transparent about what we're launching and the expected order by making a public roadmap. It won't have dates until we know we can hit them, but it'll be a place to find out what to look forward to first! More on that soon.

Accounts. We wanted to launch this earlier, and we're close, but we want to make sure it isn’t half-baked before implementing. (Trust me - you do not want a bad reporting system with no accountability behind it.) The first update for this is primarily focused on moderation - as stated in the previous dev log - and we’re hoping to get this out ASAP. This is a small step towards ensuring everyone playing the game has a safe and welcoming experience! Don’t worry, we’ve heard all your requests for things like a friend system, saved stats, and so on, but for now this will be the first thing available.

Why is everything taking so long?? ---

Among Us gained incredible traction pretty late into 2020 that we weren’t expecting, and that meant A LOT of change for us. Not to dive into too much organizational stuff, but not only did we need to switch back to working on Among Us after thinking it was done, but we also needed to set ourselves up more sustainably to work on the game. We had to spend 2 months just restructuring, figuring out new processes, and getting external partners to help us manage on board. Originally it was just 3 friends working together (and now I'm here to make 4, hi), but if we wanted this to work long term and hire up, we needed to streamline things. It’s all behind the scenes work, and while it meant time away from the game, it’ll make it easier for current and future us to develop the game better. Not to mention additional platforms (like Nintendo Switch and Xbox) means more support, certifications to go through, and whatnot. We have help from our porting partners for that, but it still means we need to make sure future things we do are supported on those platforms. There’s a ton of other things out of our control (legal issues, meetings, planning), so sometimes these things take longer as well.