Limited Run Games says they've been looking to release a physical version of Scott Pilgrim Vs. The World for 6 years 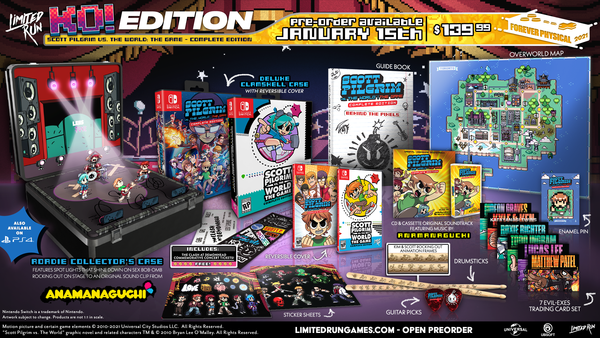 Fans of Scott Pilgrim Vs. The World: The Game have been waiting a long time for the game to return. It took years of begging and requests, but Ubisoft finally capitulated with Scott Pilgrim Vs. The World: The Game 'Complete Edition'. The game is available now via the Switch eShop, and Limited Run Games revealed a physical option as well. That version has been a dream that Limited Run Games has been chasing for years now.

In an interview with Nintendo Life, Limited Run Games discusses just how long they've been looking to do a physical release for Scott Pilgrim Vs. The World: The Game. It's been a lot of virtual legwork, but clearly it paid off.

We've been chasing Scott Pilgrim vs. The World: The Game since 2015. While we were too small of a company to be directly talking to anyone related to the IP back then, we were definitely making whatever in-roads we could to move towards this release. We've been in serious discussion to release this game for a while now - so it's really been a long road no matter how you look at it.