The United Eagle Union Are Locked and Loaded in Azur Lane: Crosswave

The Eagles have landed
21 January, 2021 by rawmeatcowboy | Comments: 0 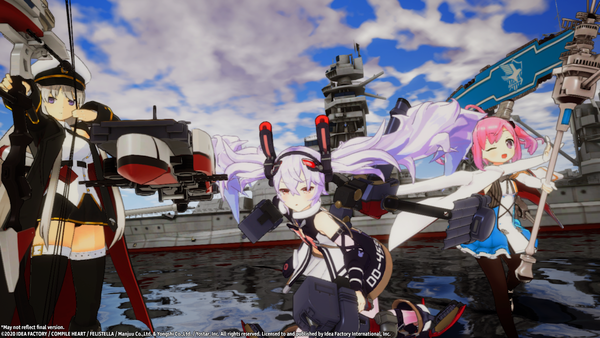 Yet another round of ships has been introduced for Azur Lane: Crosswave. Read all about what the Eagle Union has to offer below.

The united Eagle Union is ready for launch! In this week's update for the 3D action shooter, Azur Lane: Crosswave we introduce the Eagle Union playable ships! The game will launch physically and digitally on the Nintendo Switch™ February 16, 2021 in North America and February 19, 2021 in Europe!

A democratic federation of states situated on a new continent, which honors science and freedom. They hold an overwhelming manufacturing and scientific force, and they possess the most powerful aerial weaponry
of the nations.

They have a culture of valuing freedom and respecting an individual's characteristics and strengths, and their weaponry fully utilizes their unique scientific technology.

They continually roll out equipment and tactics fitting the current state of war while fighting, using unmanned pilot modules, wireless modules, and battle assistance modules, and they display a battle style that is harmonious and diverse, much like natural adaptation.

Check out some of the playable ship profiles below! 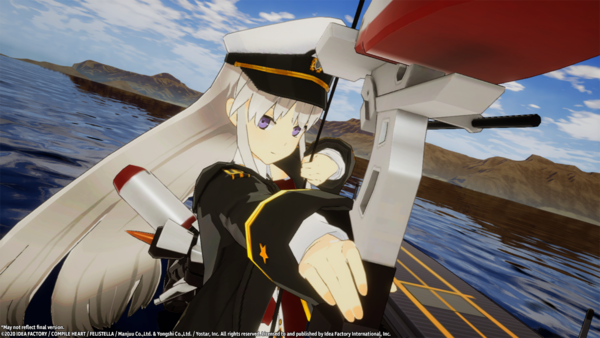 As the strongest aircraft carrier in the Eagle Union, she is known for the many battles she has won against enemies both on the ocean and in the sky. Everyone knows how powerful she is, which makes her a fantastic representative of the Eagle Union in the Joint Military Exercise. She will sacrifice herself for her allies and constantly seeks new rivals. As she has sensed something amiss during the Joint Military Exercise, she has begun investigating what is really going on behind the scenes. This has caused her bond with a certain someone to deepen over the course of this exercise.

A member of Eagle Union. She speaks in a lethargic fashion, and is often found with a sleepy expression on her face. Most of the time, she's quiet like some small animal, but she has a very strong will, and will not let anyone get away with bringing harm to her friends. Her battle prowess is also quite impressive, and this led to the invitation for her to attend the Joint Military Exercise. She decides to participate, although reluctantly.