Engine Software says No More Heroes I & 2 ports to Switch took about 6 months, explain why they chose the original Wii version 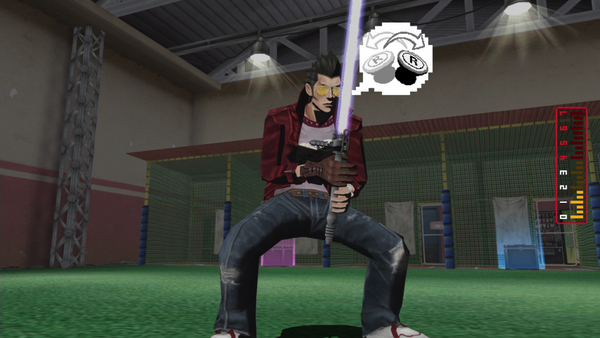 Suda51 had been saying for quite some time that he wanted to see No More Heroes 1 & 2 come to Switch, and that actually happened last year thanks to a partnership with Engine Software. In an interview with NintendoEverything, Engine Software talks about how long those ports took.

It took us about five to six months start to finish of pure development time. So that excludes all legal steps and evaluation of the source material, and discussions about what we want the port to be.

Fans were surprised to see that the ports were of the original Wii games, rather than the HD versions that landed on PS3. Wondering why that decision was made? Engine Software has an explanation.

Suda-san was clear from the start he wanted to work off the Wii original versions. We briefly discussed adapting some of the changes made in Heroes Paradise into the original game but having looked at the differences between the versions it became clear early on that the PS3 version is very different from the Wii version (as low level as 3D models having more bones and a totally different naming convention). I think for the sake of style, it was a decision on an aesthetic level by Suda51 to use the originals (since there was no HD version of No More Heroes 2).

Fans weren't that surprised, since Paradise runs noticably poor and the style and look pales to the original Wii game. I would have preferred a bit more QoL, but a smooth, HD, version of the Wii classics was super good enough for me. Now if only they'd release physically!

I remember hating the ps3 version. It lost the art style and instead had a generic brown smeared anime look

How about explaining why there's no physical versions...