Factor 5 was working on a Turrican spiritual successor in 3D for the GameCube, now interested in a new 2D installment 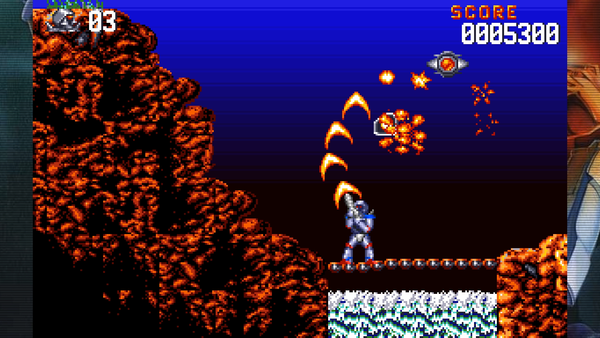 Turrican Flashback is making its way to Switch, which packs in a bunch of classic experiences into one package. It's been awhile since the series has seen some love, and this upcoming Switch release should be a lovely entry point for newcomers.

Eurogamer recently sat down with Factor 5 studio founder Julian Eggebrecht to talk about all things Turrican, and the discussion eventually led to cancelled projects. At one point in time, Factor 5 was working on a 3D Turrican successor that they wanted as a GameCube-exclusive, complete with publishing by Nintendo.

“It was a spiritual successor to Turrican called Tornado, which was basically attempting the whole Turrican-style free roaming levels in 3D. We got to the prototype stage, but then at the end of the day Nintendo basically said, we don’t think with your team size you can handle that – we were pitching that as a first party game. And they said, we really, really need Rogue Leader for launch – the only game that they knew at the time which would potentially make it for launch was Luigi’s Mansion. So we said let’s put Tornado on ice, and it never really came back off it. That demo is unfortunately, as far as I know, completely lost, because that would have only worked on a prototype GameCube and certainly early prototypes of Flipper and Dolphin.”

It doesn't seem that prototype ever has a chance of being revived, but Factor 5 does have interest in returning to the Turrican franchise. Eggebrecht opens up about interest in making a brand-new 2D installment with a bit of a Mario Maker twist.

“Realistically, the one thing which we’d love to do is a 2D Turrican, if this is really successful – a modern 2D version of Turrican. I don’t think I would want to go back into 3D as that’s quite frankly not something which really excites me anymore.

But a really nicely done 2D one, which would include the ability for people to do their own levels, similar to Mario Maker. I think the typical pitfall that you have, you have a different memory as the original makeup as the fans who experienced it, and they might want, especially with the Turrican games, it’s tricky, right? The first two Amiga Turricans, the original ones, feel vastly different than, say, Super Turrican 2, which was clearly an homage to the Japanese design style.”

Ah yea they talked about wanting to make a new 2D Turrican (if the re-releases go well) in Retro Gamer a few issues ago.
They also relented that they couldn't get the rights to the original C64 Turrican games, as another publisher go a hold of them and they changed hands a million times after that.
And they didn't develop the C64 versions so that probably affected it.

What could have been? Factor 5 were an amazing studio, they deserved better. They had an input on Nintendo hardware, until the Gamecube I believe. I'm tired, maybe I'm remembering things incorrectly, but I think it was sound they worked on, even though they were graphical geniuses.