Yuji Naka is the man behind beloved franchises like Sonic the Hedgehog and NiGHTS. Now he's teamed up with Square-Enix to create Balan Wonderworld, and the demo has me feeling all sorts of confused.

Given how RMC is generally pretty generous with games and their critique, if he feels odd about this game and its demo... that's definitely not a good sign, especially since I believe it's supposed to release soon. I guess we'll see!

Man why is it that only Super Mario does 3D platforming right and no one else can?

Its just not fair for Zelda to be more influential than Mario at this point. >: (

I liked New Super Lucky's Tale, at the very least. Took heavily from games of the same era as Balan Wonderworld, but with a modern perspective.

tested the demo but didnt watch the cutscenes, yea I get that they limit the main character movement if you can unlock 80 chars with abilities, but movement still felt too stiff and the game looked generally unfinished in the demo. It had good promise but feeling waiting on a sequel is prob the move to go (or it delaying release for like a year).

I can think of only a few times where a game has left me speechless...I can add this demo to the list. That was one of the weirdest things I have ever played. I really don’t know how to feel about it. I...kind of enjoyed it? It was very basic platforming, like you said RMC it was like an old PlayStation 3D platformer which was actually nice in a way. But man...nothing made sense. It’s bright and colourful and whimsical but honestly above all else it felt eerie. Definitely agree that there’s something off about the whole thing and I really can’t tell if that’s intentional or not.

I don’t know. Felt like some kind of fever dream playing through that. Think it might be one to get when it’s heavily discounted down the road just to see how much weirder things get.

It looks pretty "off" from the video footage. The biggest problem is that the character is moving at walking speed while using a running animation. That alone will make the gameplay feel slow.

But the props growing in the background? It was uncomfortable to me and not something that enhances the game in any way.

Is Nights beloved? I wouldn't said so. The game on Wii was mediocre to me and reviews back it up. Balan Wonderworld on the Switch looks awful, you can say other Switch ports have a lower resolution or framerate. But this has downgraded assets right across the board. 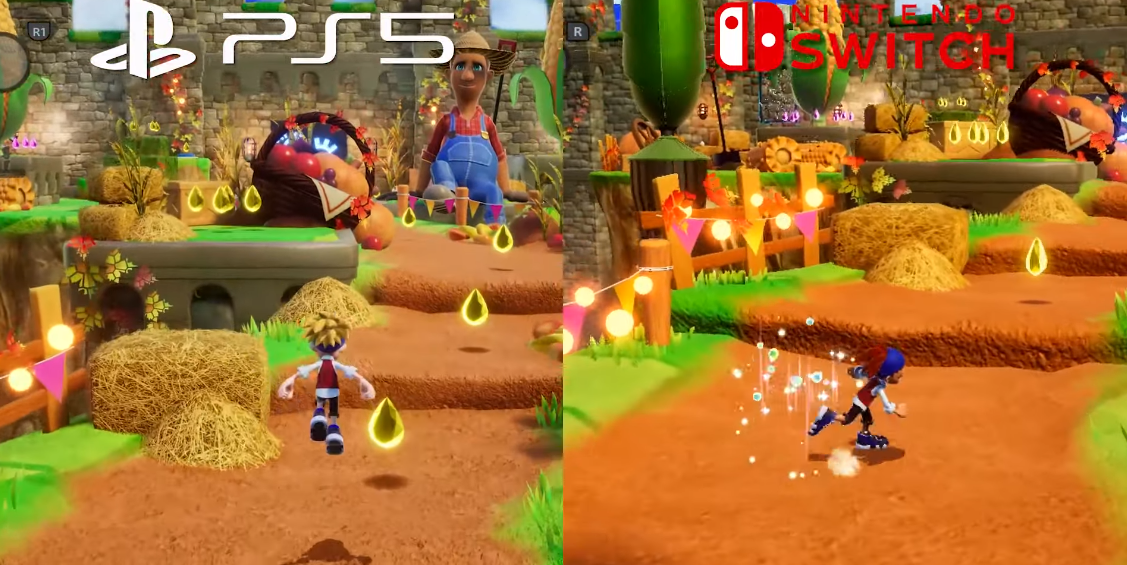 Though that’s a PS5 screenshot, the differences are just as massive on PS4.

NiGHTS into Dreams... on the Saturn was quite beloved, but honestly, that game has aged quite poorly.

Frankly, I feel like there are ways to modernize NiGHTS gameplay, since there's really been nothing like it before or since outside of the franchise, but NiGHTS: Journey of Dreams took some missteps (most of them being attempts to pad out the game, but the story was pretty third-rate).

As far as other Yuji Naka titles go, it's the ones without a lot of hype that seem to work. I can think of Ivy the Kiwi? and Monster Manor/StreetPass Mansion; neither really gained much fame, but they were well-liked by those who did play them. Arguably the Wii version of Rodea the Sky Soldier as well. My impression of Yuji Naka is a man who has a lot of interesting concepts in his head but lacks the creativity, or possibly patience, to follow through--his best work comes if it's either low-budget (Monster Manor) or he has other people to work with those concepts in interesting ways (Rodea).