Hideki Kamiya says the fifth ‘Platinum 4’ announcement is "smaller in scale," hopes fans will "get a kick out of it" 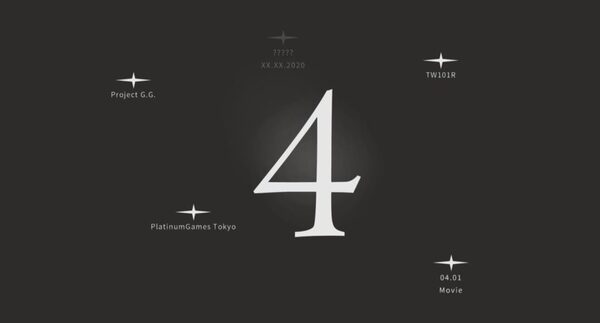 Platinum is gearing up to reveal the fifth project in their Platinum 4 series. Of the four projects revealed so far, one was an April Fools' joke, which explains why there's a fifth announcement on the way. While we don't know platforms or any real details, Platinum's Hideki Kamiya thinks fans will enjoy it. You can see the comments he shared with VideogamesChronicle below.

“We want to reveal it at the right time, but what we can say at the moment is that this was always intended as the ‘Platinum Four’, so I think that the expectations should be for something extra. That being said, this is something that we’ve had in the works for a while.

We wanted to get this out a little sooner but then the coronavirus happened, which I know is a common excuse, but we hope that when we can start talking about it, it will bring a smile to our fans’ faces and we’ll get a good reaction like, ‘ah, we love those Platinum guys!’

If we had to choose one end of the spectrum, then I’d probably say it’s something a little smaller in scale. But it’s still something I’m hoping fans will get a kick out of.”

Whatever it is, I just hope it will end up on a Nintendo Platform. It seems I'll never be able to play NieR: Automata.