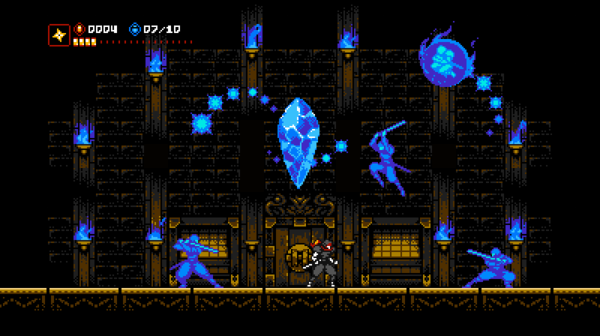 Cyber Shadow has a very interesting, deep story for those who are willing to find it. What you get through cut-scenes and computer terminals is just the tip of the iceberg, as hidden rooms and character conversations really flesh things out. Surprisingly, everything tucked inside the game barely scratches the surface for Cyber Shadow.

In a Goombastomp interview with Yacht Club Games’ Celia Schilling, we learn that there's a lot more to Cyber Shadow's story that didn't make it into the game.

“What you guys get in Cyber Shadow currently is only 25% of the story that Aarne [Hunziker] had written for it. Aarne has so much backstory for Cyber Shadow. I remember we were working on the character profiles for it and I was like, ‘Okay Aarne, tell me more about [player character] Shadow, like what does he like to do for fun?’ And he was like, ‘Shadow, obviously, he has a sensitivity to essence. But before he went to the dojo where he met Master, he went on a journey of solitude to make sure he wasn’t being corrupted.’”