The man behind the rumor.
by nintendojam
03 February 2021
GoNintendoGN Version 5.0 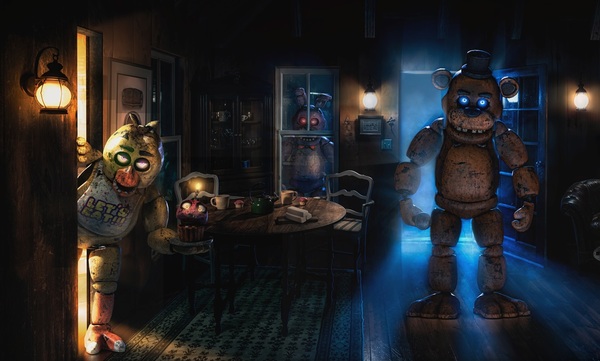 Fans of both Fortnite and Five Nights at Freddy's have been compiling evidence that a crossover between the two franchises could be in order.

Speculation began when well-known Fortnite leaker "HYPEX" discovered hidden files through a datamine of the latest Fortnite update. These files include footstep sound effects that resemble Foxy's dash to the office door in the original FNAF, and an unreleased skin codenamed "FrenchFry." In the past, the first letter of each word in a Fortnite codename ended up perfectly matching the character's name. For example, "TourBus" was the codename for Tyler "Ninja" Blevins. The "FF" initials pair up nicely with "Freddy Fazbear," the main antagonist in the FNAF franchise.

If you're still not convinced, some Fortnite content creators received a promotional teaser package from Epic Games containing a bag of tokens, which are similar to the ones found at arcades like Chuck-E-Cheese (however, others think this could be hinting at Geralt from The Witcher).

The "evidence" of this crossover is admittedly very vague, but Freddy Fazbear would somewhat fit the "Bounty Hunter" theme of Fortnite Chapter 2 Season 5. We'll just have to wait and see!