Ubisoft is the top third party publisher on Switch, say they're "reaping the benefits of Switch's huge success" 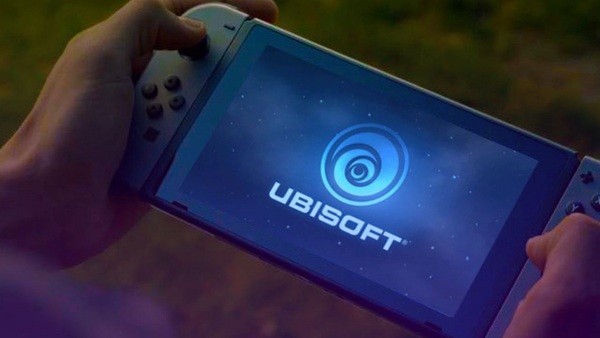 Ubisoft just shared their latest quarterly financial report, and it was great news for the company. Ubisoft saw their strongest quarter in company history, and they say a lot of that success is owed to Switch.

Ubisoft revealed that they're the top third party publisher on the platform, which has led to some big numbers. Immortals: Fenyx Rising was named as a hit, and older titles like Mario + Rabbids Kingdom Battle continue to sell well. Ubisoft chief financial officer Frederick Duguet elaborated on that success.

“We’re also reaping the benefits of the Switch’s huge success and our position as leading third-party publisher on the platform thanks to, among others, our Just Dance games and Mario + Rabbids: Kingdom Battle. The depth and breadth of our catalog, which goes beyond the brands mentioned, provides us with ever-greater visibility and continues to be a strong driver of profitability.”

I purchased Starlink and Mario + Rabbids. Would purchase WatchDogs, ZombiU and Rabbids Go Home in a heartbeat.

That'd be impressive... if, you know, most of their games on Switch weren't cheap trash...

Besides Just Dance what "trash" has Ubisoft made for Switch?

^ Those are the only games from Ubisoft I know of that are on the Switch and each of those games had some sort of critical acclaim and all of them run fairly well on Switch. Yes most of them are old ports but when 70% of Nintendo's 1st party line-up also consists of old ports or remakes of old games, can't really blame 3rd parties for doing the same, they sale.

Ubisoft has a nice long history of cheap licensed games and cash-in knockoffs, and the Switch is no exception... lots of annual Just Dance, virtual board games, and TV game show games, and none of them ports...

I purchased Starlink and Mario + Rabbids. Would purchase WatchDogs, ZombiU and Rabbids Go Home in a heartbeat.

Red Steel 3 must be in the pipeline then

"They're the top third party publisher on the platform(Switch)", and still Nintendo won't give them a character slot in SSBU. It's not just the Switch that Ubisoft have supported, they've stuck by Nintendo through thick and thin, when other companies wouldn't even give Nintendo the time of day.

There are some scummy companies in my opinion that act like they're Nintendo's best friend, now that things are rosy on Switch. And these companies, one in particular, has 2 character slots in SSBU, when they should have none. The characters have practically no history on Nintendo platforms. Most of their games on Switch have been old, lazy, overpriced ports.

There must be a balance between the relevance of a certain character/franchise/company, and the director desires. One side over the other breeds catastrophe over any kind of production, including videogames.

And as for your "unmentionable" company, are you sure you summed right? Last time I counted there is just one third party with 2 slots (Microsoft), and if anything people are begging to receive any old lazy ports from N64 Rare XD
Konami: 3 slots
Sega: 3 slots
Capcom: 3 slots
Namco Bandai: 1 slot
Square Enix: 3 slots
Microsoft: 2 slots
SNK: 1 slot

I'm talking about the Square side of Square Enix. Though Enix did sod all on Nintendo home consoles over the years.

Edit: I got it right!

Before you edited your post, you stated that "X company doesn't deserve to be in smash" (or something along the lines, I read it before it got edited) I think that's the problem, no company "deserves" anything: this is a business, and most decisions (as stated by Sakurai in the Steve direct) are taken without considering if fans think X company "deserves" a spot or not. The best example of this is Corrin, who got in because they wanted to advertise Fates, and we can argue for days if he deserved the slot or not. I think that Sakurai has tried to teach fans that, regardless of your alliance to any company, you should try to play games from different sources, not just one place. He actually recommended playing Banjo on xbox, because he knows his fans still think about the whole "X deserves to be and X doesn't" debate even to this day, when it's clear that's not the driving force behind the dlc choices.

I just want a sequel to Mario+Rabbids. It could be Mario again, or Zelda, or a Nintendo mix, I don't care. I just want more of that goodness

Ubisoft has my wallet, that’s for sure. I’ve purchased Trials Rising, Starlink and 2 Just Dance games from them.