The Witcher: Old World board game announced, Kickstarter launches May 2021

Something for Geralt to play in his down time
10 February, 2021 by rawmeatcowboy | Comments: 0 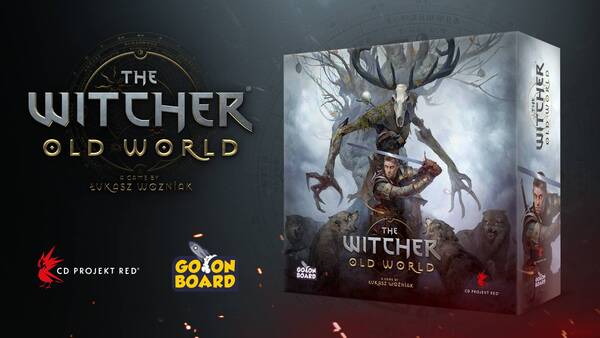 The Witcher's universe is an expansive one, and it's been covered in all sorts of mediums. We're obviously familiar with the video game adaptations, but there's plenty of reading material out there, along with a Netflix projects and more. Now we can add a new board game to that list.

The Witcher: Old World is a board game being worked on by GO ON BOARD, and they'll be launching a Kickstarter campaign to fund the project in the near future. Read all about the board game below.

We’re happy to announce The Witcher: Old World — a new board game set in the world of The Witcher, created in cooperation with GO ON BOARD publishing company and designed by Łukasz Woźniak, author of board games such as Valhalla and Titans.

The Witcher: Old World is intended for 2-5 people and takes place long before times of Geralt of Rivia. Players take on a role of professional monster slayers who recently completed their brutal training in one of the witcher schools: School of Wolf, Viper, Cat, Bear or Griffin. On their adventures across the Continent, young witchers will face difficult choices, take on contracts, battle monsters — and perhaps find themselves brawling with another witcher in order to defend their school’s honor!

The game’s crowdfunding campaign on Kickstarter will begin in May 2021 and will offer the community a chance to have a significant impact on the contents of the game, as well as the stories it features. The Witcher: Old World is currently scheduled to be released in April 2022. At this point, the game is planned to be released in English and Polish, but other language versions are being negotiated.