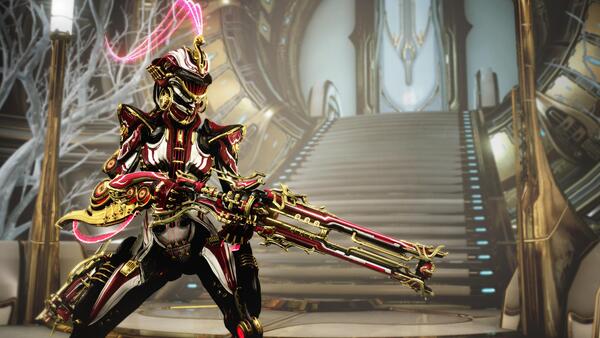 Warframe's Octavia Prime is available in the game as of today, and it's a pretty striking design. Wondering where the concept for this design came from? Digital Extremes artist Raymond dela Cruz explained in a Dtoid interview.

"I needed a sort of inspiration or image of what I wanted to get across, and the first thing that came to my mind was actually -- and this is pretty funny -- it was Taylor Swift because she has worn a marching band costume in multiple videos.

When I started blocking out the model in the concept phase, I realized I needed something more distinct. So I thought of other pop-culture references, and soon enough, I was picturing Janet Jackson's 'Rhythm Nation.' She sort of looks like a marching band leader, so I was really inspired by her outfit in the video, like the hoop earrings, her hat, the shape of her jacket, and the medals on her chest. Even her hair."

Probably not the inspiration you expected, but you can definitely see the correlation when looking at the final design. Now let's see if word gets back to Swift or Jackson!