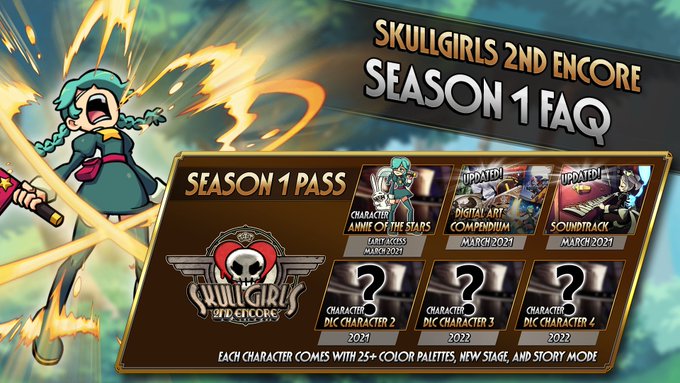 Skullgirls 2nd Encore is set to expand in a big way this year with the Season 1 Pass. This Pass will give access to 4 new DLC characters, stages, a story mode, and more. Official details on this Season 1 Pass can be found below.

In addition to the Annie DLC (and our recent announcement of a brand new character in the works), we are excited to announce the first ever Skullgirls Season Pass!

NOTE: All Character DLC will include the Character, new Stage/Music, Palettes, and full Story Mode.

It should be noted that skullgirls already has a story mode. It's just on a character by character basis. I assume that means each of these four characters will have a new story in story mode as well as thier own stages.