Clannad Side Stories heads to Switch in Japan on May 20th, 2021 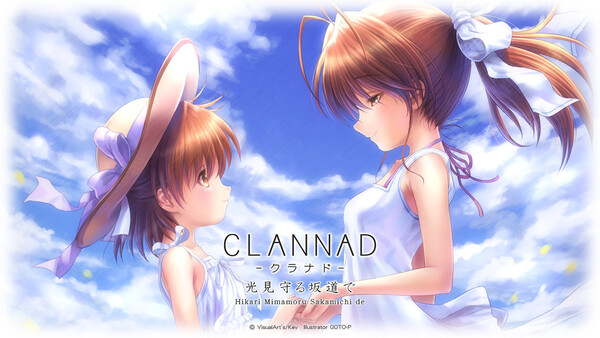 This week's issue of Famitsu reveals that Clannad Side Stories is on the way to Switch. The title will launch in Japan on May 20th, 2021, and is priced at 4,800 yen. Check out full details on the game below.

Delve further into the world of Clannad and experience the stories beyond the original visual novel adventure. Known as Clannad: Hikari Mimamoru Sakamichi de in Japan, this collection of linear side stories allows you to explore and experience new sides and twists to your favorite characters from the little town of Hikarizaka. These are the stories which are not explored in either the visual novel or in the anime adaptation.

After the death of his mother, Tomoya Okazaki—a guarded delinquent student at Hikarizaka High School struggles to find meaning in his life. While on his way to class one morning, he meets a mystifying girl named Nagisa. From their brief encounter, Nagisa decides they should be friends, and enlists Tomoya’s help to revive the school drama club. Along the way, the two make friends with many other students and try to find both solace and belonging in their endeavors.

Fun fact: The game is actually named after the musical group (but for completely erroneous reasons).

Basically the head writer heard of the band and mistakenly thought "Clannad" was an Irish term for "family" (due to having the word "Clan" in it) and liked it for his visual novel about families.

I'm unsure of when he realised his mistake but after 17 years it's a bit too late to do anything about. (>_>)

Thanks, I didn't know about that. But only half-way erroneous reasons then, since the "clan" in Clannad actually is the word clan.