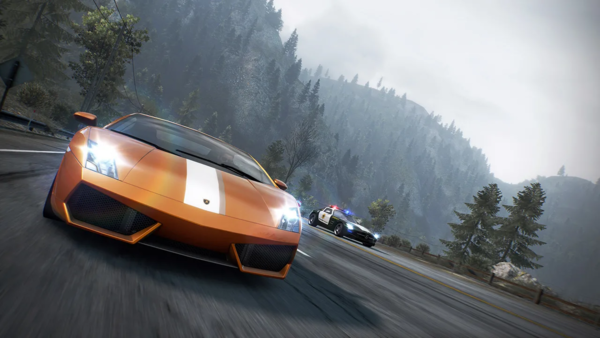 Need for Speed: Hot Pursuit Remastered is getting a considerable update tomorrow, and it introduces the new Wrap Editor feature. Get details on that an the full patch notes below.

This patch introduces a brand new feature that has not been in the original Need for Speed Hot Pursuit game: A Wrap Editor!

This allows you to customize your cars, apply your own style, and stand out of the crowd.

If you’ve played a recent Need for Speed title, you should be quickly familiar with the wrap editor. A few facts about it:

Player-made wraps are personal only and cannot be shared between players
Customized wraps can be seen in online races, including in cross-play
The decal limit for each wrap is 300 decals or 100 MB, whichever is reached first
Functionality to report inappropriate wraps has been implemented at the end screen of a multiplayer race.
In addition to that, most cars have also received a couple of pre-made wraps to add more variety. You can access both the wrap editor and the pre-made wraps from the showroom.

The team also worked on a few other things, so let’s jump into the more detailed update notes:

Implemented a new Maximum Setting mode for Gen 4+ and Gen 5 consoles. This allows the game to run in 4K60fps on PlayStation 5 and Xbox Series X, and uncapped to 4k50+ on PS4 Pro and Xbox One X

Overall stability improvements and memory usage optimisation
Fixed an issue where the game could crash during the “Protect and Swerve” event, when entering the menu during a collision and restarting the game
Fixed an issue that could lead to the title crashing when too much autolog data was retrieved from the server, for example by having many friends that raced the same tracks as yourself.

When changing from Interceptor to another game mode, the lobby should no longer be locked to two players
Cars should no longer spawn on top of each other during multiplayer Most Wanted events

The correct PSN icon is now showing in the Friends menu
Fixed an issue where not all player positions were shown during a multiplayer Most Wanted event in a full lobby
Corrected the position of a floating patch of grass in front of the Seacrest Tiki Motel
Fixed a corrupted frame that would appear during the Sand Timer race event
VoIP settings are working more reliably, and the VoIP icons are displayed correctly
When unlocking a specific event, the correct cinematic should now be playing
Fixed a few instance to better align UI elements