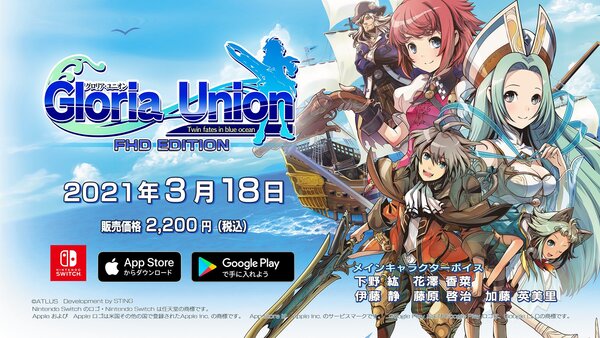 The tactical RPG Gloria Union: Twin Fates in Blue Ocean FHD Edition was announced for Switch at the end of 2020, and today news on the game's Japanese release as come in. The Switch version of the game is set for launch on March 18th, 2021, and will be priced at 2,200 yen.