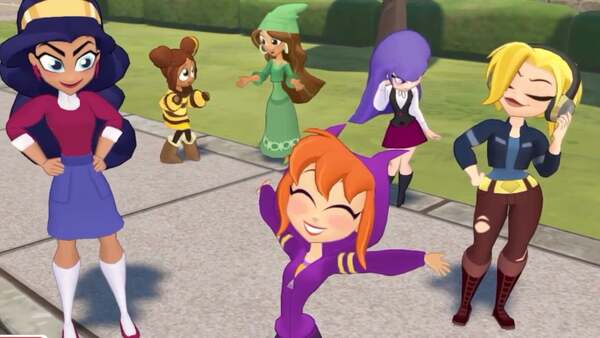 When DC Super Hero Girls: Teen Power was revealed during the recent Nintendo Direct, many were surprised to see Nintendo was publishing the game. That led to people wondering who was the developer, and we finally have our answer.

According to an Aussie classification for the game, Toybox is the team behind the title. Toybox has previously worked on titles like Deadly Premonition 2, Deadly Premonition: The Director's Cut, Little Dragons Café, and more.

I was curious as to who was developing this and why it wasn’t known after the Direct. Not that I'm interested in playing the game, but those games that Toybox previously worked on, wouldn't fill me with confidence. Although, Nintendo might keep a tighter rein on development.

Could be like with Next Level Games, where they're good only if Nintendo supervises them.

(That being said, Next Level was already strong on energetic 3-D animation from the start. I'm not sure what Toybox might specialize in, but there has to be a reason they were chosen over other developers.)

No wonder it looks like such a dumpster fire.

i hope the game is good like how batman the brave and the bold for wii was. the dc super hero girls show isn't that bad