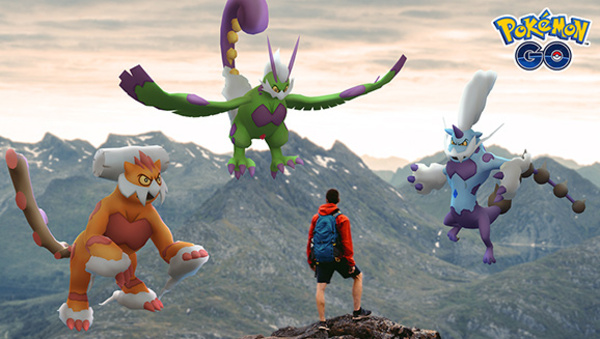 We've already fully detailed Pokemon GO's Season of Legends activities, but that was a couple weeks back. The action officially kicks off today, and you can read a recap on what's included below.

Pokémon GO's first Season, the Season of Celebration, is coming to an end. And with the conclusion of this Season comes the beginning of another one, and the next Season is sure to be legendary. The Season of Legends will run from Monday, March 1, 2021, at 8:00 a.m. to Tuesday, June 1, 2021, at 10:00 a.m. local time. Best of all, three Legendary Pokémon will make their Pokémon GO debut during the Season of Legends—Therian Forme Tornadus, Therian Forme Thundurus, and Therian Forme Landorus will be appearing in five-star raids, providing you an opportunity to fill out your Pokédex. And Professor Willow's Season of Legends Special Research will give you a chance to learn more about these Pokémon while earning fun rewards.

The Season of Legends has plenty of other excitement in store, too. Throughout the new Season, different Pokémon from last Season will be appearing in the wild, hatching from Eggs, and appearing in raids.

To help you make the most of the new Season, you'll receive additional XP for winning five-star raids. And you'll be able to get free Remote Raid Passes throughout the Season, so check the in-game shop early and often.