The Binding of Isaac: Repentance comes to Switch in Q3 2021, physical version announced

The last round of content for The Binding of Isaac is officially on the way. We now know that The Binding of Isaac: Repentance is set to launch sometime in Q3 2021, and there will be both a physical and digital version. Check out full details on the release below. 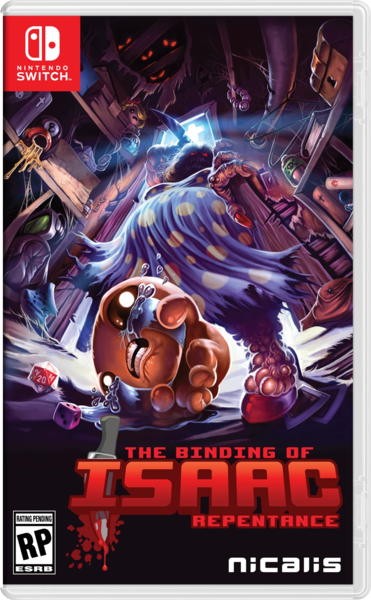 Nicalis, Inc. today announced that The Binding of Isaac: Repentance, the "final" chapter in the groundbreaking roguelike twin-stick shooter series, is coming to Nintendo Switch™, PlayStation®4 and PlayStation®5 in the third quarter of 2021.

Described by Isaac creator Edmund McMillen as "the best version of Isaac" and the game that "makes Isaac feel complete to me," Repentance takes the series to new heights of roguelike dungeon adventure, as the tear-shooting toddler descends deeper into the basement for his most unbelievable challenges yet.

In order to maximize player enjoyment and preserve the element of surprise as much as possible, a complete list of the game's features will not be provided prior to the release of the PC version, which is currently planned to appear on the Steam platform on March 31. What has been revealed to date is that Repentance includes two new playable characters, 130+ new items, 100+ new enemies and 25+ new bosses, plus a full alternate path with brand new chapters, a new final boss and a new ending. There are also many new item combinations with logical effects, new visuals and mechanics, plus countless balance changes, graphic improvements and gameplay updates.

Along with the digital editions, The Binding of Isaac: Repentance will also be released in physical editions for Nintendo Switch and PS5. Available now for preorder at store.nicalis.com, the physical editions will include full-color instruction manuals and reversible cover inserts.

10 years ago this game and Skyrim came out, and they've been fighting for the title of most re-releases since.