GoNintendo Thought: Which Nintendo franchise have you neglected or never played?

There's a lot with GoNintendo keeping me busy right now, but I'd like to get at least 3 written features a week on the site. Let's see how this week goes with our first feature! As always, thanks for reading.

Nintendo offers a wide variety of characters and franchises. From household names like Mario and Pokemon to fan-favorites like The Legend of Zelda and Metroid, there's all sorts of experiences to have. Those brands also include a number of different genres among them, especially when you consider spin-offs. If you take a step back and look at the vast library of titles under Nintendo's umbrella, you can find pretty much anything you'd like to experience.

While that wide range of genres is certainly great when it comes to choice, it also means that not every IP is going to be the one for you. Nintendo has platformers, action games, puzzlers, first person adventures, racing, and so much more to choose. While many are willing to give any game a try, there's still some IP that might be too far outside of your comfort zone. This leads to a series or two that might have escaped your attention.

I'm always down to try new gaming experiences, even when they fall into genres that aren't in my wheelhouse. I have nothing against RPGs or strategy games...they just scare me. I know I'm absolutely terrible at them, and I spent an insane amount of time trying to plan out my next move. After all that time I finally commit to an attack, and then watch as everything I laid out goes terribly wrong. My mind just isn't made for those type of games! I'll struggle through them from time to time and I always have fun, but I can clearly see that they're usually beyond my abilities. 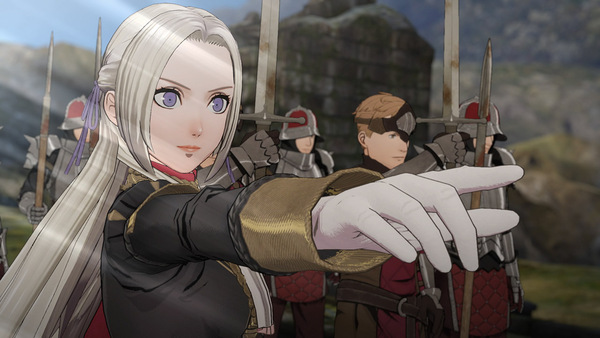 In terms of Nintendo, that means my blind spot is the Fire Emblem franchise. I have played numerous installments in the series, and I really do get a lot enjoyment from them. That said, they are the definition of labors of love for me. I miss so much of the nuance poured into these titles it's ridiculous. The stats you can tweak, the approach to battles, the smart planning, and so on. I just end up fumbling my way through from first battle to the climax. It's not pretty, but I eventually get the job done.

Again, while I do enjoy the Fire Emblem series, I just know that I'm not experiencing it to its fullest. I see others talking about the franchise and realize all these amazing bits and pieces I missed along the way. That's not just gameplay mechanics, but story connections as well. I'm so laser-focused on doing my best to survive that I miss just about everything else along the way. I'm so stressed out when I play Fire Emblem games, knowing that the next move could be the one that seals the fate of a whole group of characters. That constant nervousness and fear picks at me the whole time, and I miss everything else!

Is there any Nintendo franchise that gives you the same trouble? Perhaps a whole series that you haven't even bothered to play? What would it take to give it a go, and why have you skipped out on it for all these years?

Hall of Forms is coming Oct. 14, 12 AM PT! Strategize and guide Forma units through the Hall of Forms. See the in-game notification for more info. #FEHeroes

Omega (Solo) and Omega (Raid) difficulties have been unlocked for the Forgotten Truths raid event in #DragaliaLost. If the miasma gauge fills up, Morsayati will become more powerful, so use the quest skill to take him down! #DragaliaLost2ndAnniversaryhttps://t.co/9MQQlM05PG pic.twitter.com/S9fOXq2a7W

The Dream Summon Special is now available in the #DragaliaLost Shop. This special pack lets you purchase one Tenfold Summon Voucher and one adventurer or dragon of your choosing, including some limited-time adventurers and dragons such as Ieyasu!https://t.co/y327q1noP9 pic.twitter.com/1hI6uQRpyF — Dragalia Lost (@DragaliaLostApp) October 5, 2020

5★ adventurer Ilia fills the alchemy gauge to boost her performance in #DragaliaLost! See the following notification for more information about her skills and abilities. #DragaliaLost2ndAnniversaryhttps://t.co/MZaZ8QG6SQ pic.twitter.com/9YchOTWimG — Dragalia Lost (@DragaliaLostApp) October 5, 2020

GoNintendo Video Review - My Universe: My Baby (with Any Austin!)

PGA Tour 2K21 is now available on the Switch! I'm a big fan of golf games, so I'm hopping in to see how things turned out. So far, so good!

A Short Hike was surprise revealed and released for Switch this week. Is this quick adventure worth your time, or should you let it pass you by?

A short adventure that leaves a long-lasting impression
19 August, 2020 by rawmeatcowboy | Comments: 4

Is there anything better than the great outdoors? At any given moment, you can stumble on an adventure that you never saw coming. This is the approach for A Short Hike, a game made by indie studio adamgryu. The player steps into the role of Claire, an anthropomorphic bird who goes on a journey to explore Hawk Peak Provincial Park. The result is a relaxing adventure that deserves any and all praise it gets.

A Short Hike's main goal is to reach the top of the Hawk Peak. What you do from the first minute of gameplay to the game's end is completely up to you. Use Claire to explore, hunt down items, interact with strangers, and more. Claire is rather weak at first, but once you obtain a few Golden Feathers, you can climb and double jump while gliding. This provides a sense of progression, that nicely compliment's the game's freedom. It's entirely possible to see the game's ending incredibly fast, but A Short Hike is so enjoyable that you won't want to.

The game really pushes you to take your time and appreciate the world around you. This includes the game's characters, which are fueled by some stellar writing. Between the environment and the cast of characters, there is so much to do within Hawk Peak. There are parkour races, a fishing minigame, hidden treasures and even boat rides. Around every corner, you'll likely be delighted, and eager to see what's next. 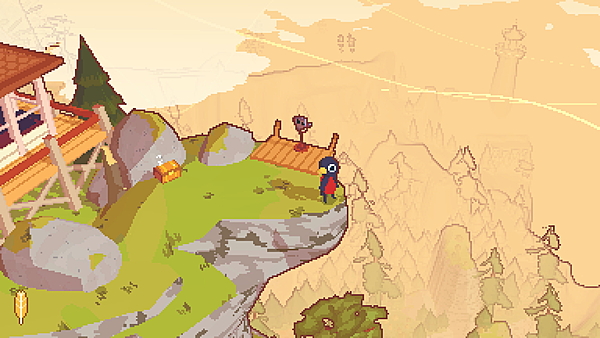 While playing through, I was overcome by a feeling of relaxation. There wasn't a moment of frustration, irritation or sadness to be found. There's just no wrong way to experience the game. Even when you're maxed out on Golden Feathers, that just means you have a new way to move around and experience the scenery. There's never a moment when I wanted the game to wrap up, and I found myself doing all I could to avoid the end.

It doesn't hurt that A Short Hike looks absolutely delightful on Switch as well. As you've likely seen, the game's default visuals give the experience a decidedly chunky pixel look, which make for a bit of PlayStation/Nintendo 64 charm. For those who don't like this approach, there are four different visual sliders you can mess with to tweak things in one direction or the other.

Along with the game's visuals, A Short Hike's soundtrack is another element that adds so much to the game. The music changes dynamically as you explore the island, making the world feel more alive. It also helps that the compositions themselves are extremely catchy. 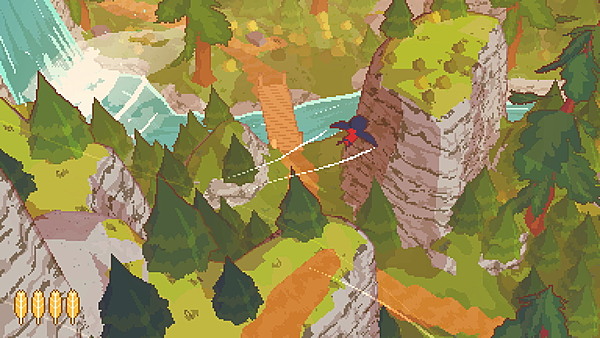 A Short Hike is a wonderful adventure that never overstays its welcome. The world is filled with intrigue, and the ending helps paint a picture of what will happen when you move on. The calming atmosphere ensured that I stayed glued to my screen, and never wanted to step away. There's a lot of beauty in how A Short Hike let's you explore the game as you see fit. No matter what personal goals you give yourself, the final destination is an experience you won't soon forget.

Nintendo held their Indie World Showcase today, and it brought us 6 different games that saw surprise-releases on the Switch eShop! Check out what 6 games are available, and learn a little bit about each one.

The one of a kind Any Austin is back to share his thoughts on a revamped classic from Atari's iconic library.