Something old, something new
23 November, 2020 by rawmeatcowboy | Comments: 0

Two new trailers have been released for Brawlhalla. One is an animated intro trailer meant to showcase what the world of Brawlhalla has to offer, and the other teases a new character coming in January. Check out both spots above.

Sniper Elite 4 "Achievements Only Elite Players Will Get" trailer

Silverware hunters, are you up to the challenge of unlocking truly god-tier achievements in Sniper Elite 4? In this video, we’re taking a look at the achievements you really have to TRY to get. The truly elite accomplishments. The ones that don’t just pop up as happy accidents. If you’re ready to spend hours focusing on doing exactly what they require, here are five achievements only the elite players have unlocked in Sniper Elite 4. 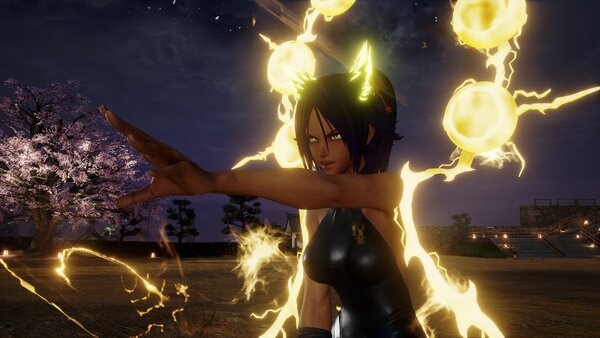 We found out the other day that Yoruichi Shihouin would be joining the roster of Jump Force: Deluxe Edition sometime in 2021. Now we finally have some screens of the character to enjoy. Check them out in the tweets below.

Yoruichi Shihōin will be stepping into our world as the next DLC character for #JUMPFORCE! 🙀

Add her to your team with she arrives in Early 2021! Order: https://t.co/xZlVJdBU14 pic.twitter.com/7SupUVX1Fn

Do you hear the thunder? ⚡
Yoruichi is coming early 2021 to wreak havoc in #JumpForce! pic.twitter.com/vAE7pzZWcH

Looking for some more puzzle platforming action on Switch? Why not check out More Dark, which launches on Nov. 27th, 2020. Get full details on the game below.

Ratalaika Games & HugePixel are proud to announce that More Dark will be released onto Nintendo Switch, Xbox One, PlayStation 4 consoles this week.

After the Lord of the Other World went on vacation his leadership was temporarily taken over by his sweet daughter, Evilina.

Soon enough, well, all Hell broke loose. The prisoners of damnation have all escaped from their confinements and scattered about the kingdom, shattering the fragile peace of the devil’s dominion. As a devoted minion of Evilina, your task is to lead a battalion of demons and return order to Hell, corral the escaped convicts, and cleanse each area of chaos and anarchy. Can you save Hell, or perhaps earn redemption?

Ready to summit the mountain?
23 November, 2020 by rawmeatcowboy | Comments: 0

The next big update for Minecraft Dungeons lands on Dec. 9th, 2020. The biggest chunk of fun comes from the Howling Peaks DLC, which offers up an all-new adventure to enjoy. Along with that, players can gain access to the Season Pass to grab all the DLC released so far. There's even something coming on Dec. 9th for free as well! Get full details on each part of the Dec. 9th, 2020 update below.

The Howling Peaks DLC is an action-packed trek to the mountain top that features dazzling new armour, weapons, and artifacts. Of course, new enemies such as the Squall Golem and Mountaineer await along the way as well – no one said it would be easy! Atop it all is the source of the stormy conflict, the Tempest Golem that has been corrupted by a shard from the Orb of Dominance.

With the Season Pass, you'll have access to the next four DLCs as soon as they become available, including Howling Peaks! Plus, you'll get them at a discount compared to purchasing each separately. Each DLC will include new levels, unique items, new parts of the story, and even more puzzles and mysteries to unlock! Don't miss a beat with the Season Pass.

Of course even if you don’t purchase the Howling Peaks DLC or the Season Pass, there is always new, free content for you to enjoy. With this update you will get six free enchantments, all of which have the potential to totally change the way you play the game!

Tetsuya Nomura shares a piece of art for NEO: The World Ends With You 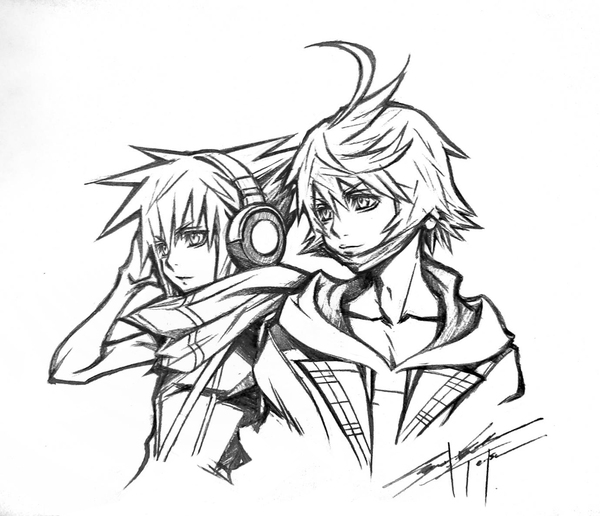 Kingdom Hearts mastermind and The World Ends With You character designer Tetsuya Nomura has shared a new bit of artwork today in honor of the reveal for NEO: The World Ends With You. As you can see above, the artwork features Neku from the first game, and Rindo from the just-announced sequel. Nomura said that since there's no official Twitter account for NEO yet, he thought he'd share the artwork on his personal Twitter account.

Get your cardio going in #FitnessBoxing2: Rhythm & Exercise! As one of your trainer options, Karen is committed to keeping you motivated with inspiration and high energy music! Move to the beat when the game arrives 12/4 💪

Fitness Boxing 2: Rhythm & Exercise is bringing some new trailers with it, and one of them got a trailer today. Karen is one of the fresh faces you can team up with, and you can learn a bit more about her in the spot above. Hope you're ready to work up a sweat!

Ubisoft has been going all-out on promotions for Immortals: Fenyx Rising. There have been trailers and promo videos galore, and today we get three more features. This time around, three animated videos have been released. Check them all out in this post. 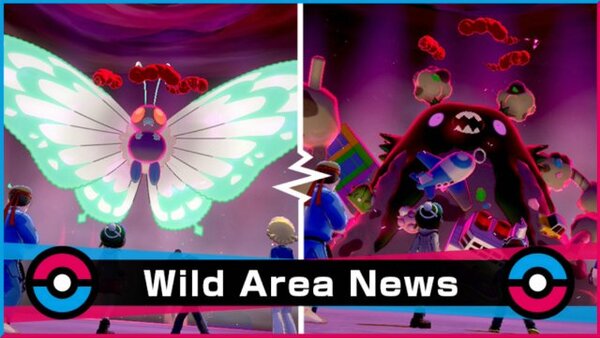 There has been another shift in the Pokemon Sword and Shield Wild Area Event. Following the special Equinox event, the Max Raid Battle Event has reverted back to the Bug and Poison-type. From now until November 30th, 2020, Bug or Poison-type Pokémon including Gigantamax Butterfree and Garbodor are in Max Raid Battles.

RetroMania Wrestling was previously announced for a Feb. 26th, 2021 release date. Today's dev vlog goes into more detail on that release date, and also shows off some revamped menus for the game. Get a good look at how things are coming along in the video above.