This My Hero Academia-themed fighting game sequel touches up some of the nuances of the original's combat and builds an impressive roster, but doesn't bring its A-game when it comes to offering much beyond a few good matches.


DOOM Eternal is finally here and it's time to rip and tear all over again in what may be one of the finest single player shooters on modern consoles!

As the DOOM Slayer, you return to find Earth has suffered a demonic invasion. Raze Hell and discover the Slayer's origins and his enduring mission to rip and tear...until it is done. 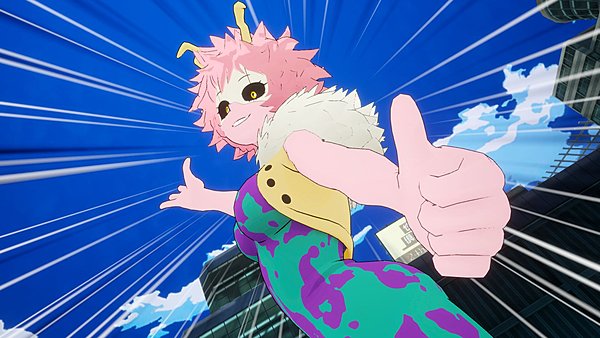 Wondering how this week's Famitsu reviews went? Check out the score round-up from the latest issue below.

Famitsu's full 38/40 review for Animal Crossing: New Horizons has been translated into English 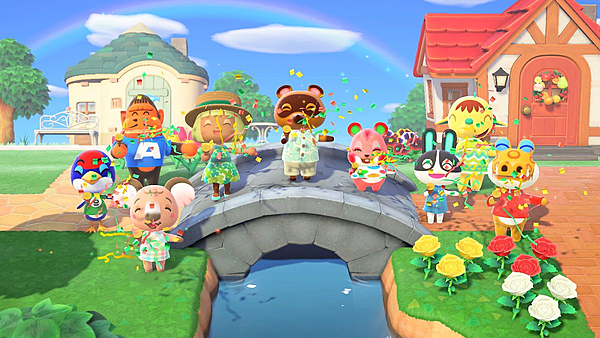 Thanks to JapaneseNintendo and BlackKite, the first ever review for Animal Crossing: New Horizons has been translated into English, and it looks to be another great social-sim from Nintendo. Check out what four different reviewers from Famitsu had to say about the game below, with an impressive accumulative score of 38/40.

1st reviewer: The scenery, furniture, and dwellers have all become beautiful, so you can fully enjoy a high-quality life where you feel the island’s atmosphere; everyday feels like being in a resort. It is worth trying to fill an empty island little by little with DIY. If you place furniture outdoors they can be broadly used with a sense of freedom that feels good. The “Nook Mileage” can also work as a guide, and the rewards are also very useful. I’m surprised that the museum is so large like a totally different dimension, but this keeps making me filled with the desire to collect things. 9/10

2nd reviewer: While retaining the series’ atmosphere and touch, the more beautiful graphics and life in an uninhabited island are fresh. I’m excited that there are a lot of things that I can do; collect materials and make things with DIY. While playing with the sense of freedom, the “Nook Mileage” gives “Miles” for completing various objectives; it can also serve as a gameplay guidance which is good. As more and more dwellers get added, the island will eventually become lively, which brings joy and makes you want to enjoy it for a loose and long time. 9/10

3rd reviewer: While including all the fun features throughout the series, they also solved all the detailed parts that I wished they would’ve done before, so it’s great that it has been powered up. You can create the island’s terrains and place building totally as you like it, so it will be irresistible to those who have fixations. There are also “Mileages” that propose a way to spend your time as a close objective, so there is no worry of getting lost on what to do, so it’s the most gracious. 10/10

4th reviewer: The gameplay and touch that form the basis is the same with [past] series titles, and you can feel the relief. In addition to that, the freshness from this game is also great with things like Smartphone features, Crafting features, and obtaining Mileages. The system that lets you share the fun of living in an uninhabited island – from surprises to joys – with various players is excellent. The quote distributon of the appearing characters are also great; they create a reality that you can enjoy addictedly. The stress-less interface design is also good. 10/10 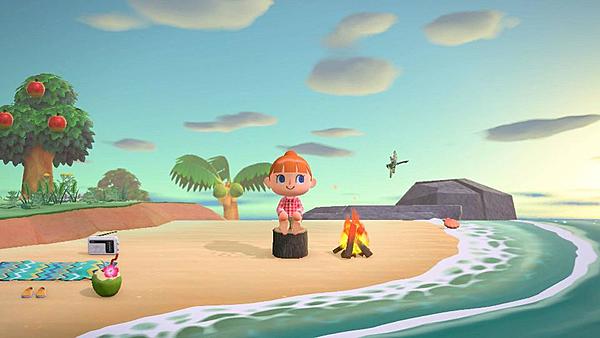 We already shared the Animal Crossing: New Horizons review score earlier this week, but now we have the full slate of scores from this week's Famitsu. Check out how the other games did below.

Famitsu gives Animal Crossing: New Horizons a 38 out of 40

Animal Crossing: New Horizons is just 10 days way from launch, and we'll be seeing a flood of reviews for the game soon. It appears the first score has already come in though, and it's from Japanese gaming magazine, Famitsu.

According to Famitsu, which has 4 different reviewers score the game on a 1-10 scale, Animal Crossing: New Horizons is worth a 38 out of 40. Two reviewers gave it a 9, and the other two gave it a 10, so it's pretty clear that the reviewers are pretty much on the same page here!

Hopefully we get a translation of the full review soon, so we can get a precise breakdown of what each reviewer had to say.

It's been a few years since we've received a new Pokemon Mystery Dungeon title, so why not dust off an old one and call it good, right?

Pokemon takes the win this week
04 March, 2020 by rawmeatcowboy | Comments: 0 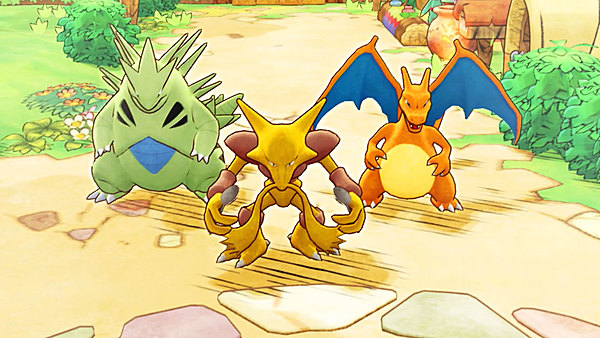 Just three review scores to share this week, but all three are for Switch games. See how things played out in the breakdown below. 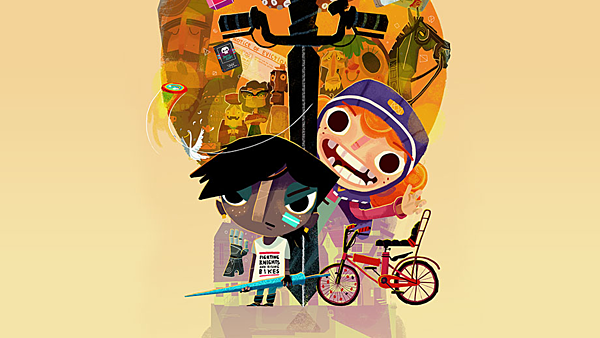 Playing as a young child coping with the recent passing of her explorative mother, Demelza, alongside her newly found pal Nessa, continues her late mother’s expedition to uncover the ancient treasure hidden within their hometown on Penfurzy Island. Along their journey, they must prevent the spreading of an evil curse that's been placed to protect the finding of the treasure. Keeping this review relatively spoiler-free, Knights and Bikes' narrative is something to behold. Perfectly handling some serious issues, you'll laugh, smile, and maybe get a bit teary-eyed through an undoubtedly heartwarming and innocently fun experience.

Not understanding the game world's core principles helps to bring some of the imagination within the game directly to the player. While sometimes it's obvious when Demelza is just playing pretend with her friend Nessa, other times you aren't exactly sure what's entirely real. Dialogue clues from various characters help to suggest what is actually going on in the story, but you're never taken away from feeling like a child having silly and creative adventures. 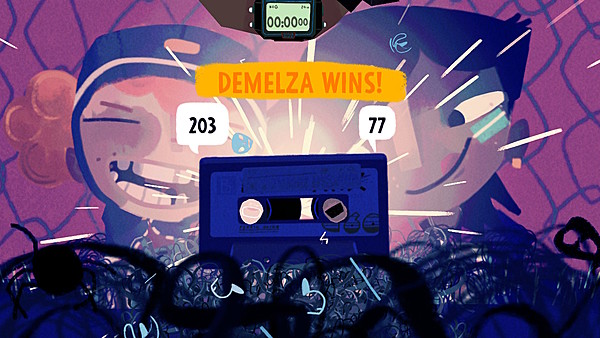 Both of the playable protagonists are best controlled through the intuitive co-op mode. Swapping between Demelza and Nessa while experiencing the game solo is perfectly functional, but slightly decreases the enjoyability of puzzle-solving and battle participation. Minigames are also sprinkled throughout the story, providing races and other friendly competition. Playing these in single-player seems almost entirely pointless, as nothing is earned or lost from winning or losing.

Knights and Bikes definitely isn’t for someone looking to challenge themselves, as the game is relatively easy in all departments. The charm of the gameplay isn’t from difficulty, but from the wonderfully put together world with a brilliant art-style, interesting characters, and casual yet exciting exploration. Regaining each character's health is done through randomly found bandages (which, in hindsight, is pretty gross). Once easily obtained, you can give your friend a magical high-five to heal their injuries (you can also give high-fives just for fun).

The entire playthrough of Knights and Bikes is childish in all the right ways. Silly sound effects, crazy music, and wacky weapons and gadgets accumulate to create something truly delightful. A lovable goose named “Captain Honkers” is an important part of your adventure, and will guide you through as you explore the cursed island. Repetitive noises could get a bit annoying for some players (with no audio adjustment available apart from general volume), so make sure you’re fully in tune with your inner-child before starting up the game. 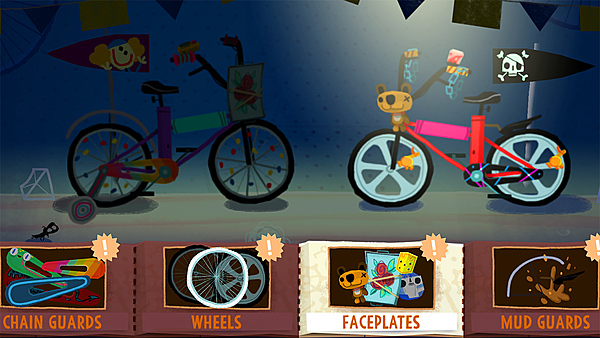 In true 80s kid fashion, bicycle riding is one of the main mechanics for traveling around in Knights and Bikes. You may need to occasionally ditch your trusty bike to solve puzzles or explore otherwise unreachable places, but sometimes, they are actually required to proceed. Upgrades and customization options are available, allowing you to pimp your ride however you’d like. This isn’t done for free however, but your form of currency couldn’t be more adorable. Stickers, trading cards, keychains, and other various items can be discovered on your adventure; under rocks, in bushes, hidden boxes, or by defeating enemies. They’re quite plentiful, so don’t worry about filing for virtual bankruptcy anytime soon. 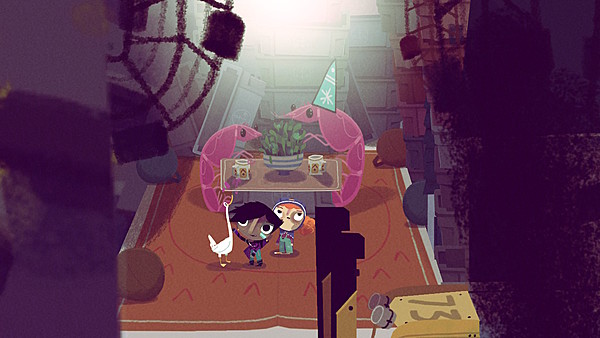 While not a perfect game, Knights and Bikes certainly comes close. The majority of issues I had were caused by my own stupidity in puzzle-solving, but once the solution is realized, it’s clear that my time wasted was of no fault of the game. Not knowing exactly what caused it, there was a sudden crash during my playthrough. Luckily, the game saves automatically almost constantly, so you don’t have to worry about losing much progress if you happen to experience the same.

Knights and Bikes justifies its admittedly low 7-8 hour gameplay time by costing only $19.99 USD. Providing a unique experience unlike anything I’ve ever played, the imaginative childlike creativity is absolutely sensational. My enjoyment never faded, and it was always difficult to put the game down (just as it was difficult to stop make-believing as a kid). Foam Sword Games should be extremely proud of themselves, and I’d highly recommend this action/adventure title for anyone who is a kid at heart.

In Bloodroots, the world is your weapon - improvise and adapt to an ever-changing ballet of ultraviolence, in a bloody revenge quest across the Weird West.