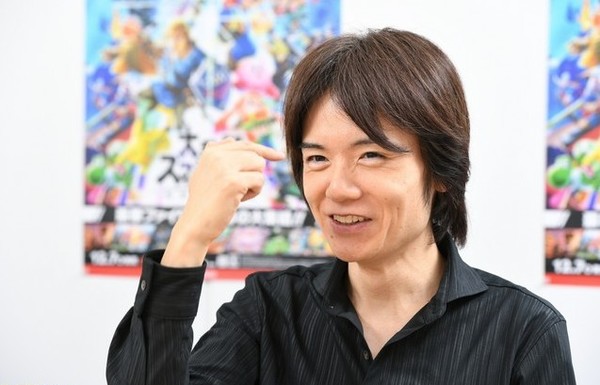 As we mentioned the other day, Sakurai's Collected Famitsu Works: 2015 to Feb. 2019 takes a look back at Masahiro Sakurai's Famitsu features over the years. Not only do we get recaps of the features, but also new comments from Sakurai. Thanks to PushDustin, we have some translation tidbits from the book. Check out the info below.

An image of Sakurai's figure collection. If figures exist of the characters, he uses these figures to get a closer look at them. It says under the caption that figures of characters not announced are not in the picture. pic.twitter.com/914AlNufpl


A view of where Sakurai takes pictures of microman when coming up with movesets.

For more information check out the GDC post on @AllSourceGaming:https://t.co/hK2893MJ5N pic.twitter.com/RzEkXKhWTK


A picture of Sakurai's workdesk at Bandai Namco. pic.twitter.com/KS7nKFjIRw


It seems before Mr. Iwata passed away, Sakurai was asked to work on Smash Ultimate.


Sakurai again states that Smash Ultimate's project plan was finalized the same day as the Final Smash Broadcast (12/16/2015). Speaking on the DLC characters for Smash for, Sakurai states that since they are asking for money for the fighters, they pushed themselves harder.


When reflecting on the UI in Persona 5 (https://t.co/wydKh7B9n2, translated by @brando_themando) Sakurai stated his approach for Smash Ultimate was to make it accessible for children. Icon, colors, and short words are key. See here: https://t.co/n6y6omXApx )


When writing this column: https://t.co/dzl1tbA6Va
Sakurai naturally knew about the Switch, but he didn't know all the details. He didn't know about it being region free, the pricing or when it would go on sale.


When Sakurai wrote this column about Season Passes (Jan 11th 2018):https://t.co/pm6kdvRls0 (column translated by @brando_themando)
the decision if Smash Ultimate would have DLC or not wasn't even decided.


One interesting tidbit: 3 staff from Monolith Software was part of Brawl's development.

Does anyone know them?


Sakurai stated that the idea to have a map that was explorable was something that was considered for Melee.
He wanted the map in World of Light to have more in it, but because of time issues, it couldn't be done.


(When Joker was announced, Sakurai was in Japan.)

Sakurai: While I'm making Smash, I can do a lot of interesting things. There are still 4 more DLC fighters, so look forward to them.


Thanks to Andreslop24 for the heads up!

Pokemon Co. explains why Charizard has returned to the Pokemon Trainer's side in Smash Bros. Ultimate 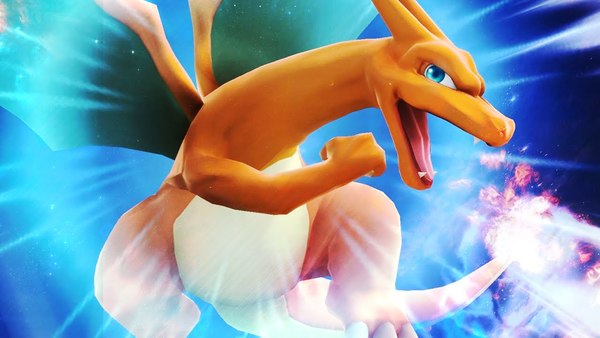 In Smash Bros. Wii U/3DS, players could take control of Charizard as an individual fighter. In Smash Bros. Ultimate, Charizard has returned to the control of the Pokemon Trainer. Wondering why the change was made? Pokemon Co. has offered up the following explanation.

The returning Pokémon Trainer can send out Squirtle and Ivysaur, as well as Charizard, which is back at the Pokémon Trainer’s side after its previous standalone appearance. We’d like to believe that this Charizard merely decided to disobey its Trainer for a little while, much like Ash’s Charizard did in Pokémon the Series.

Masahiro Sakurai and his team return with the most feature-rich version of Smash Bros. ever. The Ultimate edition on Switch is more than a simple port from Wii U - visuals are upgraded, and stylistic changes are made.

Bboy/Tricker Emcochingoco has put together a super-impressive collection of real-life Smash Bros. victory animations. You need some serious skills to pull these off! If you want to check out the GIF above in video form AND with sound, hit the jump!

Watch as Super Smash Bros. players, commentators, and fans at Evo 2018 describe the importance of being at the world’s biggest fighting game event and what the future could hold with Super Smash Bros. Ultimate!

Game Informer's Ben Hanson and interns Robbie Key, Jon Bowman, and Joey Thurmond simulate the fight between Thanos and The Avengers and the Guardians of the Galaxy the only way we know how... Super Smash Bros. for the Wii U. 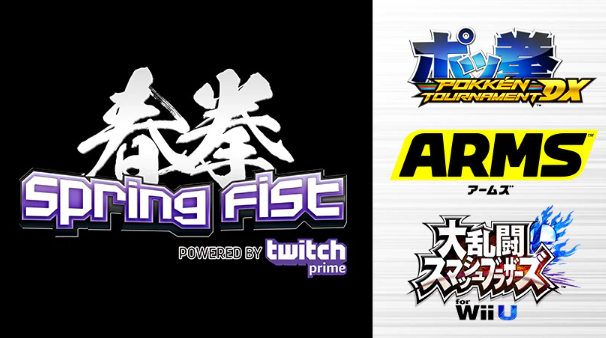 Looks like Nintendo is making another push into the eSports scene. The Big N has just announced their Spring Fist event, which is taking place on March 17th, 2018 at Spiral Hall in Aoyama, Tokyo. The event will host Pokkén Tournament DX, ARMS and Super Smash Bros. for Wii U battles. Can't attend the event in person? Nintendo will be airing the event live on Twitch.

We're proud to announce that GENESIS 5 is officially partnered with @NintendoAmerica!#G5https://t.co/1X4Bjzkbl9 pic.twitter.com/IDNrg5quq7

Talk about a major showing of support from Nintendo. The team behind the Genesis 5 Smash Bros. tournament has snagged a major partner this year, teaming up with Nintendo to bring home all the action. This year's tourney will be in Oakland and will include brackets for Melee, Wii U and SSB64. Other games at the event include Pokken Tournament DX, Splatoon, Dance Dance Revolution Extreme and more.

ESPN Esports Awards 2017: Play of the Year goes to Smash Bros. Wii U

The stadium wasn't at full capacity yet, but the screams from the crowd were deafening. The players sat on stage; they were laser-focused on the TV screen. Eyes on the win, eyes on the prize, eyes on the title.

The game of adaptation continued throughout the set, but patience paid off for Salem this time around, as he chipped away at ZeRo's early lead. One percent, two percent, 101 percent. And it all came to the final set. They were in the air, fighting off screen, then it was over.

In front thousands of in-house viewers and thousands of Twitch viewers, Salem took down the best Smash 4 player of all time. He pulled off an upset like no other. It was a monumental win, a win to remember. How did Salem feel after the match? "A little bit sad, a little bit happy. It's a mixture of both. I wanted to beat the best in the world, but doing it immediately...well, the goal is done." --Rachel Gu