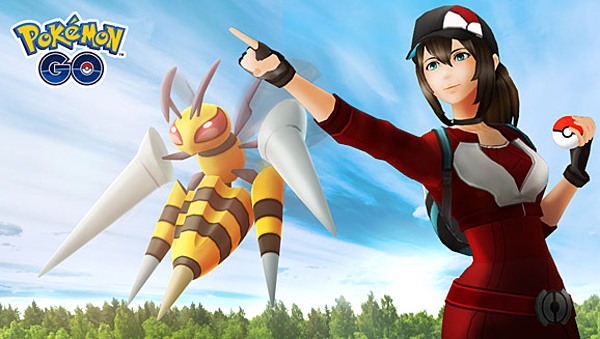 Mega Evolution made quite a splash when it debuted in the world of Pokémon GO at the end of August. Since then, Trainers have battled in Mega Raids, collected Mega Energy to Mega Evolve select Pokémon, and battled with their Mega-Evolved Pokémon. Next, from Tuesday, September 22, 2020, at 8:00 a.m. to Monday, September 28, 2020, at 10:00 p.m. local time, Trainers will be able to participate in the Mega Buddy Challenge!

For the duration of the Mega Buddy Challenge, Mega-Evolved Pokémon will stay in their Mega-Evolved form for three times longer, increasing from four hours to 12 hours. The duration of Poffins will also be extended, doubling from six hours to 12 hours. Be sure to give your buddy treats to have it appear on the map, where you'll be able to compare it to large Pokémon that'll be appearing more frequently in the wild during this event, including Doduo, Alolan Exeggutor, Pinsir, Lapras, Snorlax, Furret, Wobbuffet, Mantine, and Skarmory. You may even encounter a Shiny Doduo!

You'll be able to complete event-exclusive Field Research tasks to receive Mega Energy for Venusaur, Charizard, Blastoise, and Beedrill. The Mega Buddy Challenge will also feature Timed Research—complete this Timed Research to unlock more Timed Research during this year's Halloween event, which will feature Mega Gengar for the first time in Pokémon GO!

Have fun spending some quality time with your Mega-Evolved Buddy Pokémon, Trainers! 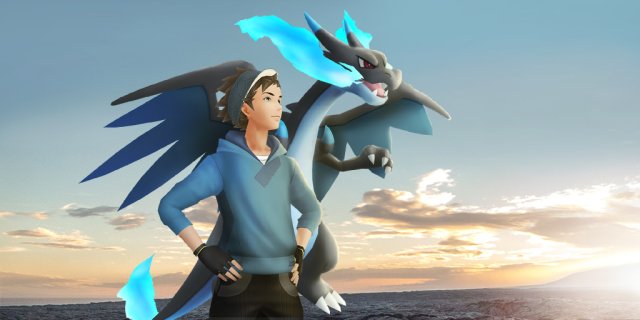 Two more tidbits of news for Pokemon GO players to make note of today. First up, the Mega Buddy Challenge event is now starting to roll out globally. This event runs until Sept. 28th, 2020 and features various spawns, along with the addition of Shiny Doduo and Dodrio. There is also special Timed Research, and if you complete it, you'll get access to research during Halloween for Mega Gengar.

The next bit of info is tied to the Meowth balloon featuring Jessie & James. This balloon will now appear more often from Rocket Balloons. You'll have from now until September 30th to take advantage of the increased appearances. After that, they will no longer appear/

Have fun with the Longchamp x Pokémon collaboration, arriving soon in stores and in Pokémon GO! 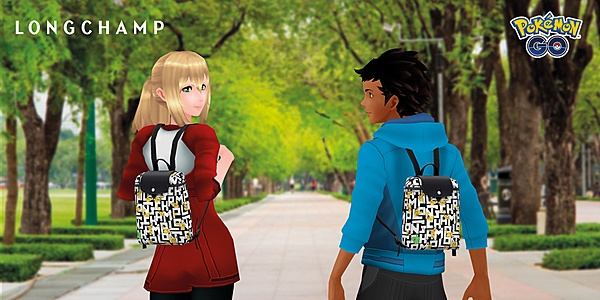 In celebration of the exciting accessories coming out of the collaboration between The Pokémon Company and Longchamp Paris, as well as the beginning of Paris Fashion Week, we’re proud to announce that a new avatar backpack accessory item will be available in Pokémon GO. That’s not all—some fashionable Pokémon will be appearing in the wild, challenging Trainers in raids, and hatching from Eggs, too!

Special Pokémon wearing costumes will be appearing during the event!

Smoochum that hatch from 7 km Eggs during this time will appear wearing a bow!

Shinx wearing a top hat will be appearing in raids!

Croagunk wearing a backwards cap will appear in GO Snapshot as a surprise encounter! They may also rarely appear in the wild.

If you’re lucky, you might encounter a Shiny Kricketot!

Enjoy exclusive Field Research for the duration of the event.

Dress up for fashion week—in person and in-game! Be sure to head to the shop for a free Longchamp avatar item in Pokémon GO. Then, you can match with your Trainer avatar by picking up the same Longchamp item in stores. For more information on availability, please visit the official Longchamp website.

It’s time for you and your Pokémon to show the world your style. Let’s GO!

Porygon did nothing wrong
20 September, 2020 by rawmeatcowboy | Comments: 0 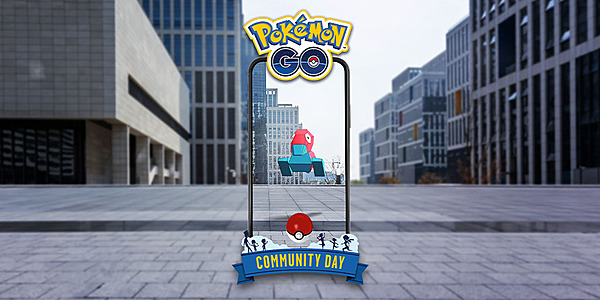 Porygon will be appearing more frequently in the wild. If you’re lucky, you may encounter a Shiny one!

Evolve Porygon2 (the evolved form of Porygon) during the event or up to two hours afterward to get a Porygon-Z that knows Tri Attack. This will be the first time this attack will be available in Pokémon GO. In Trainer Battles, Tri Attack has a chance of lowering the opposing Pokémon’s Attack and Defense.

Take a few snapshots during Community Day for a surprise!

For US$1 (or the equivalent pricing tier in your local currency), you’ll be able to access the September Community Day–exclusive Special Research story, Decoding Porygon. Work alongside Professor Willow as he learns all about Porygon—a Pokémon made completely out of programming code—and its subsequent Evolutions. Stay tuned for when tickets for the Decoding Porygon Special Research story go live! Tickets are nonrefundable (subject to applicable law and the exceptions set forth in the Terms of Service). Please note that this Special Research will not include an in-game medal.

3× Catch XP
Incense activated during the event will last for three hours.
Earn items needed to evolve Porygon and Porygon2!

Leading up to and during September Community Day, be on the lookout for the following opportunities to earn the items needed to evolve Porygon and Porygon2. 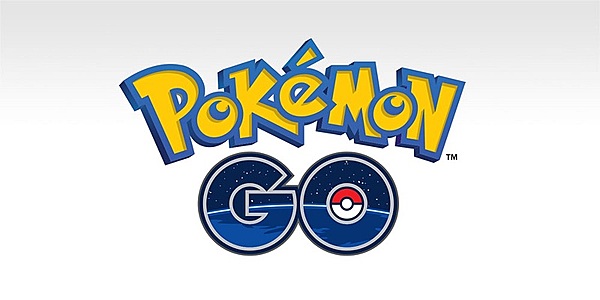 - Mega Evolution has made its way to the world of Pokémon GO! Defeat Mega-Evolved Pokémon in raids to earn Mega Energy!
- Reality Blending has rolled out to more devices! With Reality Blending, Pokémon will be able to move behind objects, either partially or completely, while AR features are activated.
- Personalize Gifts you send to friends! Check out the in-game store for new stickers you can send with Gifts. 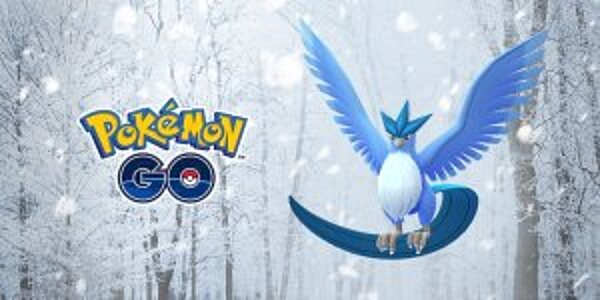 Pokemon GO's raid bosses have been changed once again. From now until Sept. 24th, 2020, Articuno is the 5 Star Raid Boss.
There are other raid bosses on the way as well.

Along with that, Mega Pidgeot is also now set to appear in Raids, and be able to Mega Evolve.

Battle Jessie and James before they leave Pokémon GO 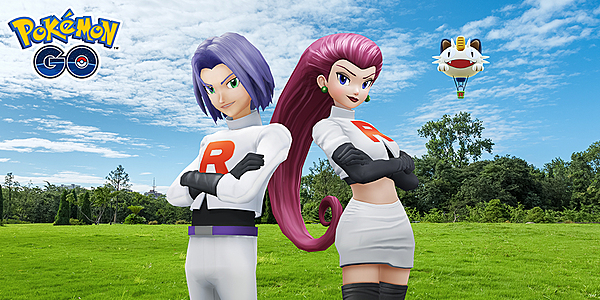 We’re getting word that Jessie and James are leaving Pokémon GO on Wednesday, September 30, and that they seem to be gearing up for one last wave of mischief before they go!

The Meowth balloon featuring Jessie and James will be appearing more often than usual!
Be sure to share your findings (and victories!) with us on social media with #TeamGORocket. 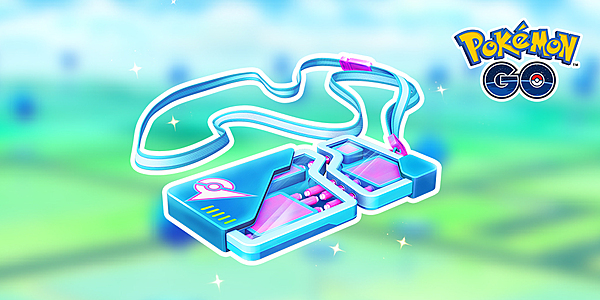 Pokemon GO is getting two more limited-time bundles. These bundles will feature three Remote Raid Passes for 1 PokéCoin, and you'll find them in the in-game shop. The bundles will available on the following dates. 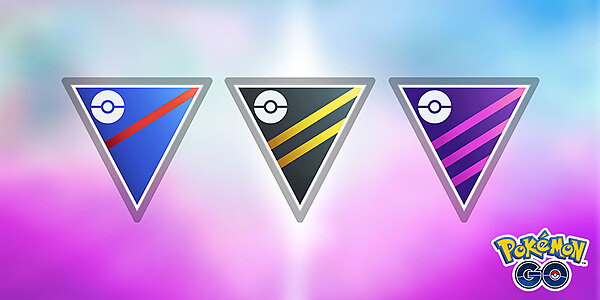 As Season 3 of the GO Battle League finishes up, here’s a look at what you can expect for Season 4!

Season 3 rewards, Season 4 timeline, and what to expect

When Season 4 begins on Monday, September 14, 2020, at 1:00 p.m. PDT (GMT −7), your end-of-season rewards for Season 3 will be available on the Battle screen, including an Elite Charged TM if you reached rank 7 or higher! Season 4 will follow a similar league rotation as Season 3, noted in the schedule below. These dates are tentative. Stay tuned—we’ll update you if anything changes.

You can expect the following to stay the same in Season 4.

There will not be a walking requirement in order to battle in the GO Battle League.

The Friendship level requirement for battling remotely will remain at Good Friends throughout Season 4. Remember that you can scan another Trainer’s QR Code to battle them, no matter where they are.

The avatar items inspired by Pikachu Libre will continue to be rank 7 rewards.

The avatar items inspired by Blue from the Pokémon RPGs will continue to be rank 10 rewards.

The win rewards and Pokémon reward encounters will remain the same as Season 3. As a reminder, the Pokémon encounter rewards are as follows.

There are some notable changes coming to the GO Battle League for Season 4.

The end-of-season rewards will be similar to those in Season 3.

Stardust from rank 1 to rank 3
Stardust, TMs, and a Raid Pass from rank 4 to rank 10
If you reach rank 10, you’ll earn a brand-new avatar pose!
If you finish Season 4 at rank 7 or higher, you’ll receive an Elite Fast TM rather than an Elite Charged TM.

The Flying Cup will be available! In this format, only Flying-type Pokémon will be allowed, and the CP limit is 1,500.
You’ll be able to complete 20 sets of GO Battle League battles, up from the regular five sets, for a total of up to 100 battles.
You’ll receive twice the Stardust for winning battles, completing sets of battles, and ranking up in the GO Battle League.
Evolve Pidgeotto (the evolved form of Pidgey) during the event to get a Pidgeot that knows Gust!
The following new attack will be added to Pokémon GO.

Lunge: This Bug-type Charged Attack will lower the opposing Pokémon’s Attack. Initially when this attack becomes available, only Masquerain and Galvantula will be able to learn it.

The following attacks have been updated for Trainer Battles.

Along with these updates to existing attacks, the following Pokémon can learn an attack it couldn’t before.

Vespiquen and Signal Beam: This powerful Bug-type attack is a perfect fit for a powerful Bug-type Pokémon like Vespiquen.
We’re also excited to give you a sneak peek at the next season. Season 5 will be shorter than previous seasons, at just three weeks long. Additionally, ratings won’t be in effect for this season: you’ll progress through the ranks by winning a certain number of battles. We hope to see Trainers try out new strategies, test different battle teams, and prepare for Season 6! 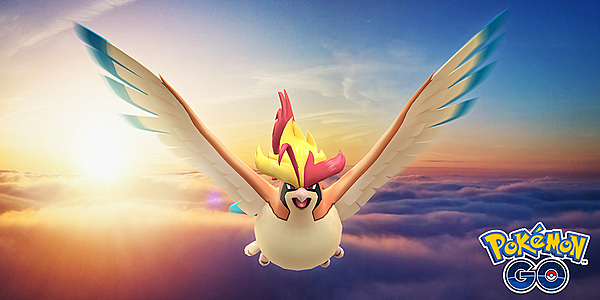 Niantic has announced another change for Pokemon GO, and it's coming on Sept. 18th, 2020. Trainers have officially unlocked Pidgeot’s Mega Evolution and Mega Pidgeot raids. Get ready to check out the action this Friday at 4 PM EDT.