Heinz continues to pour on the love for Team Ketchup in Splatoon 2's "Ketchup Vs. Mayo" Splatfest 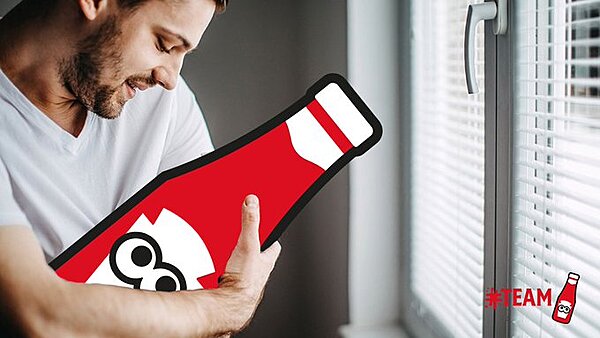 Back on May 20th, 2020, Heinz took to Twitter to share their support for Team Ketchup in Splatoon 2's latest Splatfest. It's clear Heinz is taking this very seriously, because they've really started to crank up the support over the last 48 hours.

The company has continued to send out tweet after tweet about Team Ketchup, throwing together all sorts of imagery and memes to support their team. There's sure to be more to come as the Splatfest continues on. Just hit up the tweet below to scroll through all the different Splatfest images they've shared.

Accidentally rubbed ketchup in my eyes earlier, but now I don't need glasses any more. 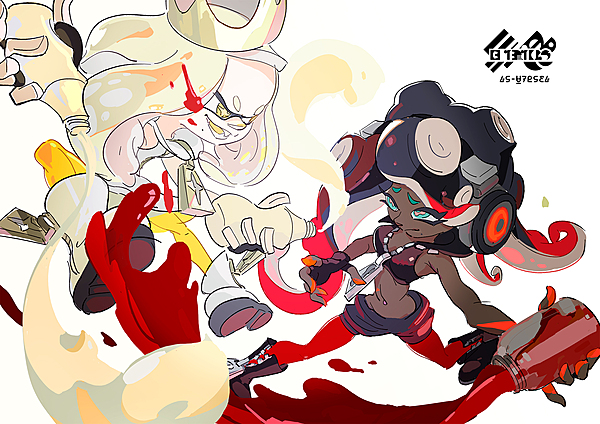 Here we go again, gang! It's time for Team Ketchup and Team Mustard to face off yet again in Splatoon 2. The Splatfest is officially underway right now, and you have just two days to fight for your team. We'll find out who manages to win the whole thing come Sunday. May the best team win!

Heinz weighs in on the upcoming 'Ketchup Vs. Mayo' Splatoon 2 Splatfest

Mayo vs Ketchup.
The ultimate Bottle Royale.
And there can only be one winner.#TeamKetchup, let's do this.#TeamKetchup pic.twitter.com/Xy3mFQRova

As much as I hate to say it, the last Splatoon 2 Splatfest for Ketchup Vs. Mayo was won by Team Mayo. The ultimate travesty if there ever was one. Now Team Ketchup has a chance to redeem themselves, and the power of almighty Heinz is behind them.

The Heinz Twitter account threw their weight around on social media to place themselves firmly behind Team Ketchup. Now Heize also has mayo products, but it doesn't seem like those Twitter accounts have mentioned the upcoming battle. Heinz certainly made their name with ketchup, so it's only right they pick the BEST TEAM.

Thanks to Kolma for the heads up!
Submitted by: kolma
Rating: 5

Reminder: Get ready for an encore Splatfest! 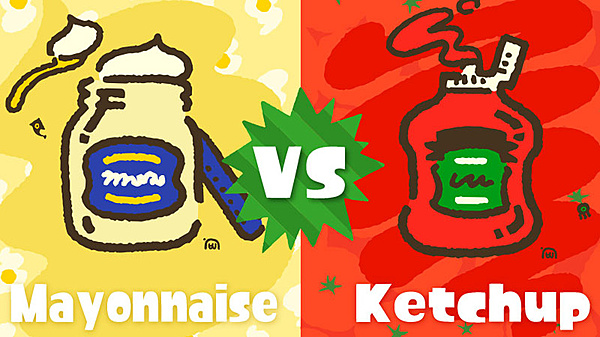 Off the Hook is coming back for an encore, and all Inklings and Octolings are invited to attend. That’s right, it’s time to get ready for a bonus Splatfest!

The Splatfest will be:

Fans of the Splatoon™ 2 game may recognize the theme of this one, because we’re ink-diving all the way back to the very first Splatfest theme for Splatoon 2! Which do you prefer: mayo or ketchup?

That’s right, folks. It’s a clash of condiments! A drama of dressings! A soirée of sauces! Which one will you pick?

(Oh, and in case you were wondering, mayo totally won the first time.)

If you would like to participate in the Splatfest, please start the game and choose a side. 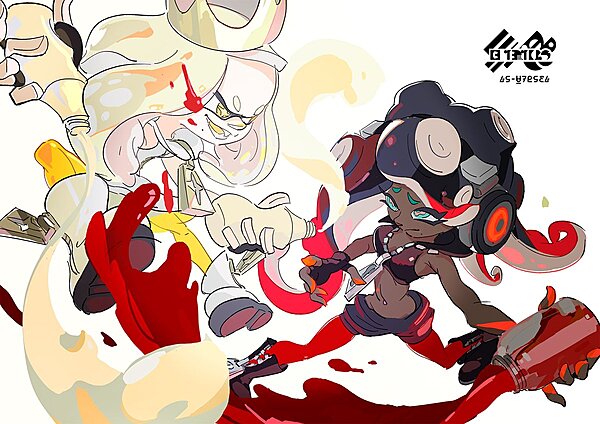 With the Ketchup vs. Mayonnaise Splatfest making an unexpected return this weekend, Nintendo has released some shiny new Splatoon 2 artwork featuring Pearl and Marina. Check out the beautiful mess the duo are making in the image above.

Check out a potential Splatoon 2 Easter egg hiding in Ninjala

While many haven't gotten to try Ninjala's beta yet, it looks like one of the levels has an Easter Egg related to Splatoon 2! See the sly wink here! 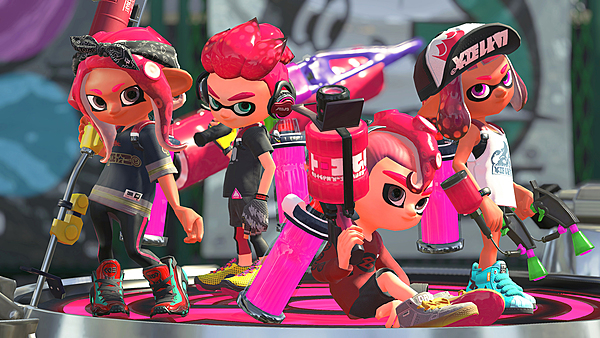 Five more Switch demos have become available on the Japanese eShop, and we have all the info on the titles below. Check out all the demos that can be downloaded for free using a Japanese Nintendo Switch account!

Wanna get your feet wet in fast-paced, messy ink battles? Do you have tentacles instead of feet? No matter your answer, the Splatoon™ 2 Special Demo 2020 may be for you!
Head to the Nintendo eShop on your Nintendo Switch system tomorrow to download the special demo, then get ready to play from 4/29 (Wed) at 11:00 p.m. PT — 5/6 (Wed) at 6:59 a.m. PT.
During the demo event, you'll be able to jump online* and fight it out in 4-on-4 Turf War battles with friends and other players who own the full game. You can also try out Ranked Battles and the Salmon Run co-op mode.
Just note that you'll need a strong internet connection and a Nintendo Switch Online membership to participate in the event. But if you don't have a membership, don't worry: You can try it out for free!

BRIGANDINE: The Legend of Runersia
- Published by Happinet

KUNAI is a quirky, fast-paced action platformer. You play as Tabby, a tablet who joins the fight against a robot uprising. Use your kunai and ninja parkour skills to stop Lemonkus, the A.I.-gone-evil that almost wiped out all human life.

This is an original mystery game developed by Orange, who have previously worked on a number of other mystery adventure games including the Jake Hunter Detective Story series and Inuwashi. Enjoy five cases through the beautiful illustrations of Yasuyuki Shuri (Seijo no Maryoku wa Bannou Desu, Okashi-na Tensei).

Inuwashi is an adventure game set in Ikebukuro, where a police detective with the special ability to read people’s minds and a private eye who resides in an removed area of Ikebukuro take on various cases alongside their colleagues.
The game is produced by the staff behind the Jake Hunter Detective Story series and features character design by Kazuhiro Hara (Log Horizon illustration, Gundam Build Divers character drafts, etc.)
Players will investigate a variety of cases ranging from suspense to comedy, the occult, and more, from the perspectives of both police detective and private eye. Join forces with unique characters such as a former gang member butler and high school prodigy hacker to solve each case.
Compared to the smartphone version released in 2015, operability seen a complete overhaul, allowing players to enjoy the lengthy, 30-plus hours story with comfortable operation.
With upscale features such as character design sheets from Kazuhiro Hara fully included, this is one that fans do not want to miss.

Never a better time to check the game out
22 April, 2020 by rawmeatcowboy | Comments: 2 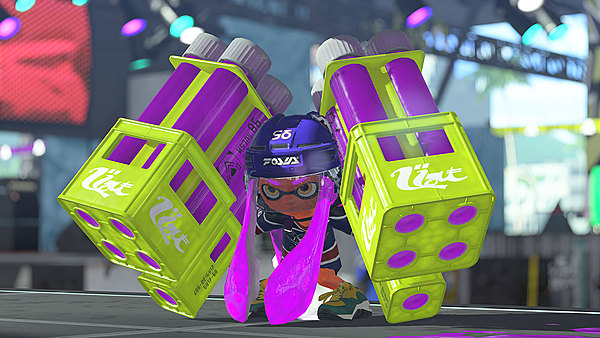 Yes, there's even more news to share on Splatoon 2. There's been a rash of things to talk about in the last 24 hours, and now we have a couple more exciting tidbits.

First up, the demo that was announced for both North America and Japan has been confirmed for Europe as well, and it's running on the same dates. That demo will go along with a special sale on the full game, which will knock the price down by 33%. The sale lasts for the duration of the demo, so April 30th to May 6th, 2020.

Remember, this demo comes with a 7-day free trial of Switch Online as well, so you can get in on all the action Splatoon 2 has to offer for free. 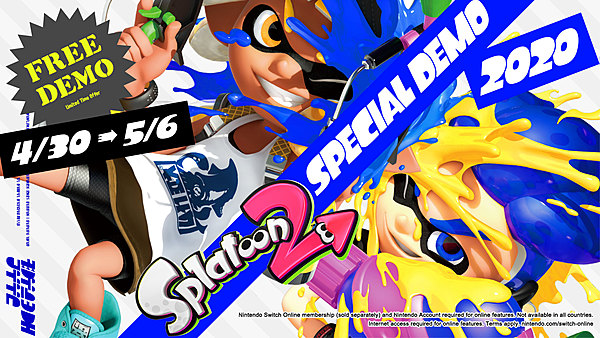 Nintendo announced a brand-new Splatoon 2 demo for Japan a few hours back, and now we know that same demo is going to release in North America. The demo will include Turf War, Ranked Battle, Salmon Run, and more. You'll be able to download the demo on April 30th, 2020 at 2 AM ET, and it'll be active until May 6th, 2020 at 10 AM ET.

PETA heads to Animal Crossing: New Horizons to protest Blathers and his museum
May 24, 19:10 by enthropy May 24, 17:48 by rikukh
Check out Robocop's Friendship move in Mortal Kombat 11: Aftermath
May 24, 19:01 by ridleysaria
Retailer who stated Metroid Prime Trilogy was coming to Switch back in 2018 updates their listing, now claims June 19th release
May 24, 18:36 by ridleysaria May 24, 17:58 by enthropy
Fan creates 3D-printed NES cartridge to store Switch game cards
May 24, 18:16 by impurekind