We spent a lot of time on our gift this year, and we can't wait to share it with you.

The absolutely wonderful Sonic Mania Adventures animated series is returning tomorrow! SEGA has confirmed that Part 6 of the series is going to drop on Thursday, Dec. 20th, 2018. We'll be sure to share it with you when it goes live!

Thanks to Andreslop24 for the heads up!
Rating: 6

Son of a Glitch - Sonic Mania Plus Glitches

In this episode, we check out some of the bugs and glitches within Sonic Mania Plus, and even though a lot of the glitches were patched from Mania, plus opened up some new possibilities. Remember they are all Dr. Eggman's Traps! 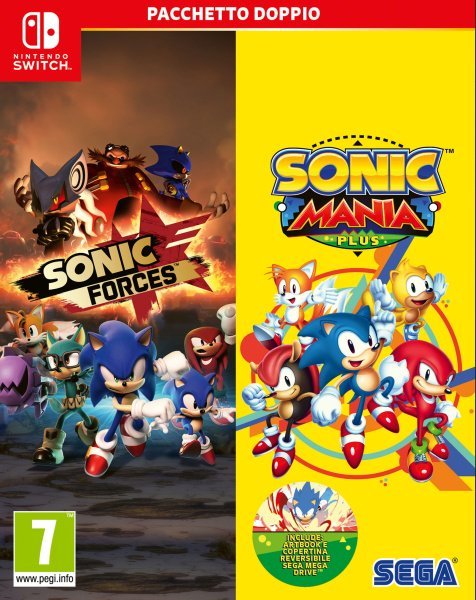 Well that solves that mystery. Amazon Italy has updated their Sonic Double Pack listing with cover art, and now we know for sure that Sonic Forces is the game being bundled up with Sonic Mania Plus. Still no word on this retail double pack seeing release in North America. 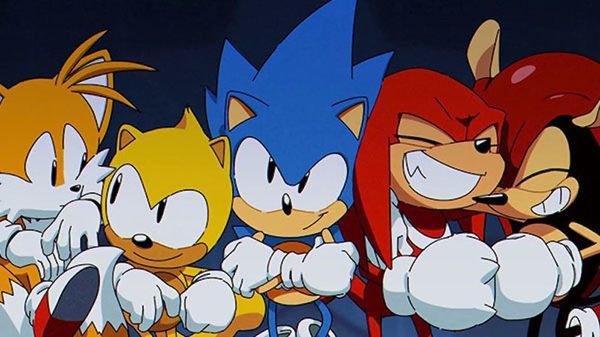 Our friends at JPSwitchMania have found an interesting listing on Amazon Italy. Looks like SEGA has plans to double-up on a pair of Sonic releases for Switch. We know that one of the titles included is Sonic Mania Plus, but the other title isn't specifically mentioned. The one detail we know is that it's a 3D Sonic title, which most likely means Sonic Forces. Once we get more details on this double pack, we'll be sure to bring them to you. 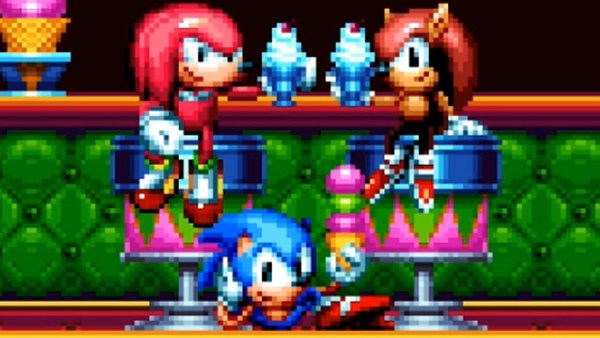 I can verify this to be true because the image of the art book is a picture I took, and I typed out the Morse code message as well! The message certainly ties into the themes of Sonic Mania, but it's also a wonderful message in general.

Thanks to Clayton for the heads up!
Rating: 4 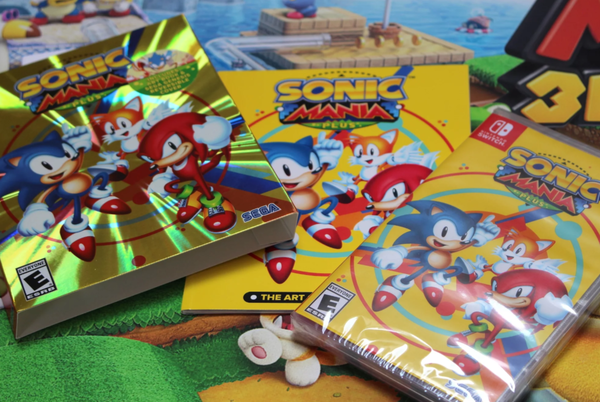 Sonic Mania Plus is fulfilling a wish that many Sonic Mania fans had. Thousands asked SEGA to release a physical version of Sonic Mania, and it sure looks like Sonic Mania Plus fits the bill. If you're eager to get another look at all the physical goodies included in this version, check out the photo gallery here.

SEGA talks Sonic Mania's continued success, picking new content for Sonic Mania Plus, and the moves of Mighty and Ray 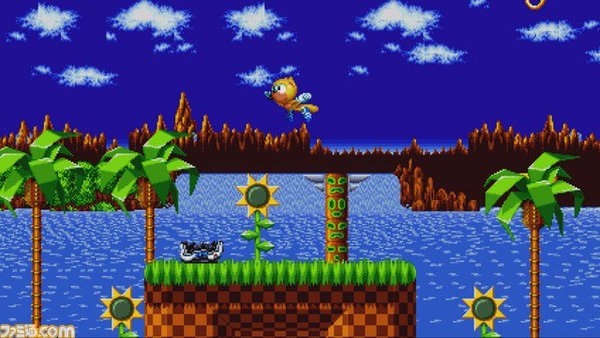 Earlier in the week, we had a few snippets from a Famitsu interview with Sonic series producer Takashi Iizuka. That post covered discussion of where SEGA goes with the Mania series after Sonic Mania Plus, as well as the age group that was attracted to Sonic Mania. Now in the full interview, we get some discussion about how well the game sold, how new features were decided upon for Sonic Mania Plus, and the abilities of both Ray and Mighty. You can check out those tidbits below.

Famitsu: Before we get into the meat of it, please tell us about the reaction after the release of Sonic Mania. I heard fans from North America and Europe shared some exuberant support where it was favorably received.

Takashi Iizuka, series producer: After its release in August 2017, its reception has been better than we could imagine. We’ve even had some people say “It’s the best game!” and we are most grateful about that. Moreover, physical games tend to sell a lot on its release day but then we often see it take a big drop afterwards, I’m not sure if it’s because Sonic Mania was a digital title, but its sales didn’t drop even after its release day. Again, up until the end of last year people had trouble acquiring Nintendo Switches around the world, so there seems to be some cases where folks finally got a hold of the hardware and are downloading the game.

Famitsu: How did you decide on Sonic Mania Plus' added content?

Iizuka: We thought about elements that would make fans happy. Since Sonic Mania is all about things that stimulate expectations and curiosity from fans, as a result of thinking about what could we add to make things more exciting, we decided to add Mighty and Ray as new characters.

Famitsu: How were the unique actions of the two decided? Starting with Mighty.

IIzuka: Mighty the Armadillo was originally set to be a powerhouse, and he also has a hard shell on his back. So we decided to put that to use with the “Hammer Drop” that allows him to stomp the ground with a thud. Again, he can take shots from the enemy with his shell or avoid taking damage from spikes by curling up. The action of diving into the ground is a pretty rare action in the classic series.

Famitsu: What about Ray?

Iizuka: Since he’s a flying squirrel, his “Air Glide” action was decided on right away. That action was pretty easy to make. Knuckles can also glide but he gradually drops. On that point, Ray can use the momentum going down and rise. With the right technique, he can fly for a very long time.

You won't get any better analysis of Famitsu's tiny preview page for Sonic Mania Plus, which is featured in their next issue. There's also a new screen to take a look at, and definitely interesting details to be gleaned from it.

PR - PQube teases new IP and announces 95% short-time discount to celebrate first Kotodama anniversary
May 29, 09:49 by conangiga
GoNintendo Video Feature - We played Clubhouse Games: 51 Worldwide Classics with Nintendo's Treehouse!
May 29, 07:25 by autumnalblake
Amazon France adds four placeholder listings for Nintendo titles
May 29, 06:00 by seansneachta
Nintendo restructuring their Brand Ambassador Program
May 29, 04:05 by tlk777 May 29, 03:56 by sanderevers
Japanese eShop charts for May 21st to 27th, 2020
May 29, 03:44 by reynard