That's a wrap on our week of Mega Man features, gang! Sorry to end things on such a sour note (pun DEFINITELY intended), but hopefully you've had fun along the way. We'll be back with the next GN Thought on Monday, so see you then. As always, thanks for reading!

There are certain franchises where I look forward to the soundtracks as much, if not more than the gameplay. Castlevania comes to mind, as does Shantae, along with countless others. Tunes so good that they stick in your head for not months, but years to come. Without a doubt, I would include the Mega Man series in that category. Across the last 11 mainline games, there have been almost too many amazing songs to count, and I continue to listen to those soundtracks to this day.

When Mega Man 11 was announced, my hype was through the roof. As a huge Mega Man fan, I couldn't wait to get my hands on the game. Everything shown in the trailers proved that I would love the game gameplay-wise, which I figured would be the case. The only missing piece of the puzzle was the game's music. You only ever get to hear snippets in trailers, and what I had heard made me hopeful, but I wasn't sold. Unfortunately, I would end up being quite disappointed when I got to hear the soundtrack in full.

A large majority of people seem to be on the same page with Mega Man 11. While the game looks and plays great, the soundtrack is a bit of a letdown. I don't want to say it's a bad soundtrack, but I will say that I find it to be the least interesting of all mainline Mega Man soundtracks for me. I've given the soundtrack multiple listens since I first played through the game, as I wanted to see if it clicked for me. That hasn't been the case no matter how many times I've run through the entire soundtrack.

Of course, now I'm left with the question as to why that is. Why do I, and so many other Mega Man fans find such fault with the Mega Man 11 soundtrack? What is it that makes it stand out as the sore thumb in a series of fantastic music? I've been thinking long and hard about this ever since the game came out, and I've come up with a few potential answers.

I can't imagine what it's like working on video game music. It much be such a pressure-filled experience far beyond any kind of pressure I've encountered. That's only doubled when working on a long-running, beloved franchise. Can you imagine sitting down to create a soundtrack for an iconic game character that's returning to the gaming scene after a long hiatus?! I think I'd curl up in a ball and die right there!

There's no such thing as sitting down and making a good song. Any composer always has the intention of making something good, but you never know what the end result will be. The composers for Mega Man 11 clearly had plans to create something that matched the much-revered music of previous entries, but their results fell flat.

Mega Man games are known for somewhat short loops of punchy tunes that you're whistling and humming for days on end. What you get in Mega Man 11, for the most part, just doesn't have that vibe. I can't tell you how many times I've listened to the soundtrack, yet I can't remember half the songs in the game. They just aren't engaging enough, and don't have that special something that keeps you wanting more. I actually think I know why that is.

There's a reason why Fuse Man's theme was used in multiple Mega Man 11 trailers. Many find it to be the best in the game, and whoever cut trailers at Capcom clearly feels the same way. What is it about Fuse Man's tune that makes it stand so far out from the others? I think it has the energy of classic Mega Man songs before it.

Fuse Man's song is energetic right off the bat, and makes you feel pumped to tackle the level ahead of you. Even better, the energy gets dialed up halfway through the song, and really kicks up that thumping beat. That's the kind of energy you find in the majority of Mega Man songs, and it helps the tune get stuck in your head. It's not just a song that sounds good, it's a song that feels good as well.

Fuse Man's tune also has a ridiculously catchy melody to it. The way the notes jump around make it a blast to listen to. It's also pretty quick as far as loops go, returning you the beginning after just a minute. That's actually on the longer end of the spectrum for Mega Man tunes, but not unheard of. Fuse Man's tune kicks off, grabs your attention, and takes you on a ride. That's what Mega Man music does best!

This one is so hard to explain, and I'm sure I'll catch flak for it. I feel like the vast majority of songs in Mega Man 11 all sound very similar. Sure, there are different melodies in each track, but there's simply not enough variety in how they're presented to make any of them memorable.

This is a difficult point to discuss, as I know people will fire back with songs from Mega Man 1-6, 9, and 10 as examples. Those games all use chiptunes for their soundtracks, and there are indeed a lot of similar noises in those songs. Back in the days of the NES, you only had so much you could do with the audio capabilities of the platform. There were going to be "instruments" used more than once in tunes. It was pretty much unavoidable.

I think the difference is that composers for those titles knew their limits, or in the case of 9 and 10, stayed true to those limits. When you know you only have so many sound fonts to work with, you aim to create songs that sound unique and different within those restrictions. There may be a lot of similar sounds between those retro Mega Man songs, but the final results of those compositions sounds wholly unique. In my honest opinion, while I do recognize the same sounds being used in multiple classic Mega Man songs, I've never felt those tracks to sound similar.

With Mega Man 11, you get the same instrument driving the melody in almost every song. I'll never forget slowly realizing that as I played through for the first time. Each song has a generic beat to it, and the melody is driven by the same synth sound over and over...and over. Now I don't have the actual answer as to why this was done, but I have a sneaking suspicion it was somewhat of an homage to the classic games.

The composers knew the tunes of classic Mega Man games, which are dominated by chiptunes. Chiptunes can certainly sound the same as far as base instruments go. I really think the composers might have seen that limitation and wanted to pay tribute to it through the use of a singular instrument for the melodies in Mega Man 11. Perhaps they felt it was a way to respect the classics, and also offer a unifying feel for this adventure. In my opinion, it ends up making the bulk of the soundtrack sound like a singular long song. 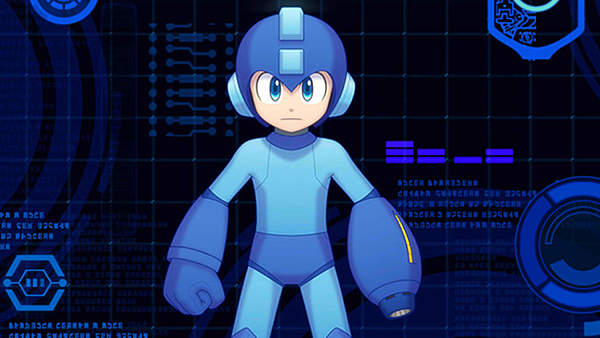 I always feel bad when I criticize something, especially music. I have such respect and admiration for those who create music, as I find it to be an amazing craft. It's not something everyone can do, and every song is beautiful to someone out there. With that said, I'm also 100% honest with my feelings on games in all aspects. It's important to share how I truly feel, but I aim to do so in a respectful way. Hopefully that's come across in this feature.

Mega Man 11's soundtrack doesn't do it for me, and I can't tell you how sad that makes me. I was really, really looking forward to the soundtrack, and I find it to be the weakest part of the game. There's some tracks in there I enjoy, but by and large, it's a pass for me. I know this isn't a new or revolutionary discussion when it comes to Mega Man 11, but it's still one I wanted to share my two cents on.

Mega Man 12 will definitely come around, and there's no doubt that Capcom has heard the pushback on the game's soundtrack. I would imagine they'll work extra hard to ensure Mega Man 12 has the toe-tapping tunes fans expect. I look forward to that moment, and I can't wait to write a gushing feature about it. Until then, I'll keep enjoying the various Mega Man soundtracks as I work...just with fewer songs from 11.

As First 4 Figures promised, their first statue in the Mega Man 11 series has gone up for preorder. They're starting off with the Blue Bomber himself, and there are standard, exclusive, and definitive versions to pick from. Check out the differences in the following trailers, and then click over to plop down some cash on the one you want!

The unexpected Dragalia Lost X Mega Man crossover event has officially begun. Check out some footage of Mega Man: Chaos Protocol in the gameplay video above. The event lasts until December 15th, 2019 at 9:59PM (PT). 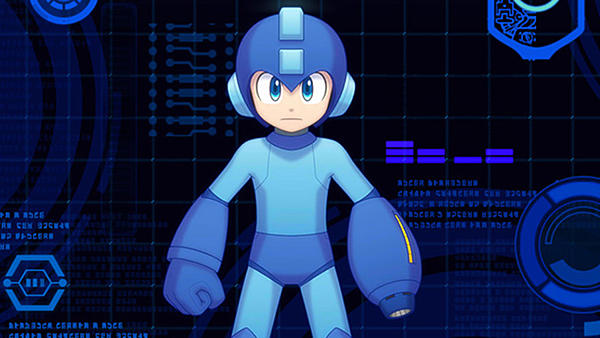 Believe it or not, Mega Man 11 has been out for a year now. To celebrate the anniversary, Capcom has tweeted out some new art for the game, including a mobile wallpaper. You can check out all the content in the gallery above.

Love for Capcom's Switch titles all around
07 May, 2019 by rawmeatcowboy | Comments: 5 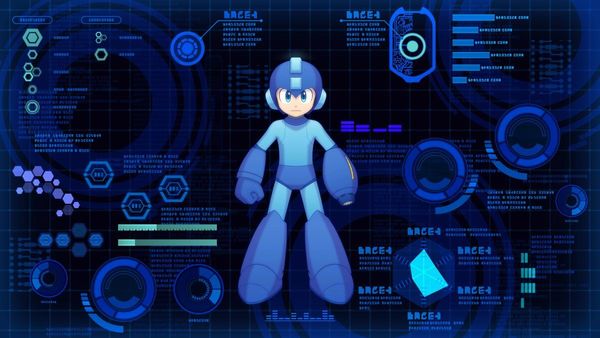 Capcom has released the fiscal results for their most recent year, and included in the press release were some tidbits about various Switch titles. Check out the official blurbs on each game below. 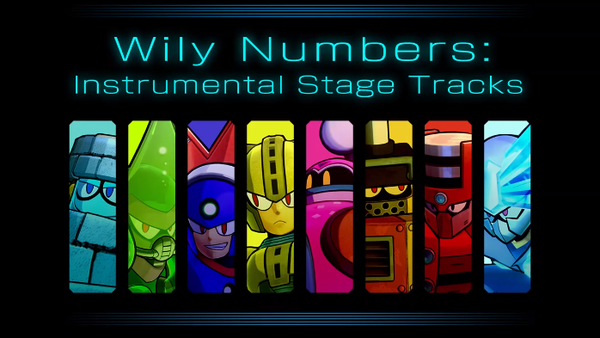 Those who preordered Mega Man 11 had access to special instrumental music tracks for the game's stages. Since launch, it was the only way to access those tracks. That changes today, as the 'Wily Numbers' tracks are now available for all to download. All you have to do is hit up the Switch eShop page for Mega Man 11 to grab the content for free.

Capcom TV hit its 100th episode! To celebrate, the team played a bunch of titles, including Mega Man 11. You can check out that specific segment above.

Earlier today, Capcom said in their financial release that Mega Man 11 had 'strong sales,' but didn't share an actual figure. They also said Mega Man X Legacy Collection 1+2 was selling well, but once again, didn't share a figure. Now we have actual sales data on those games.

In some excellent news, Mega Man 11 has already moved 870k units worldwide. That's honestly much, much better than I figured the game would do. It seems most people took the digital route, which is why it was so hard to track sales.

As for Mega Man X Legacy Collection, that is currently sitting at 920k units sold. Capcom didn't specific if this figure was for Collection 1 or 2, but it's likely both combined.

The way things are going, both of these games should hit the 1 million mark sometime within the current year. With a few more promotions and special sales, we should see both games easily surpass that mark.

As you might remember, Capcom held a special contest in Japan to give away a golden Mega Man 11 amiibo. There were only 10 to give away, and one of the lucky winners decided to snap some pics of his prize to share on Twitter. The amiibo comes in the standard package, but includes a special certificate. This is one hell of a collector's item for Mega Man fans!