Team Cherry has put out a new dev blog on the status of Hollow Knight: Silksong. The blog includes info on where the game's at, as well as some soundtrack samples. There's also details on recently-released merch and more. Make sure you read our portion of the blog below, and then click over for the full piece.

As a small progress tease: You may remember for Silksong we promised over 150 all new enemies. To us, that always seemed a conservative estimate, and it turns out we were right! Here are just a few foes that came to life this week, enemy number 163, 164 and 165. 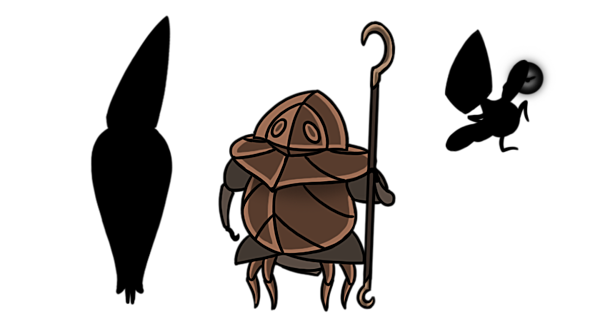 Though their names shall remain a mystery, we can say they’re members of a scholarly suite, former tenders of a dusty vault full of ancient knowledge. This is a tough later game trio who, when in battle, work closely together, covering for each other’s weaknesses.

And as some assurance: We’re not just randomly building things without an end in site. We know how this story unfolds and as much as we add, our intent is always to evoke the feeling of exploring a vast, surprising new world; one that matches (or exceeds) the scale and diversity of the original game.

We can’t wait to one day talk about all the wild evolutions to this new world that’ve taken place behind the scenes, but that day’ll have to wait until after the game is out and in your hands.

Let’s talk music! Hollow Knight: Silksong sees Christopher Larkin returning once more with a full suite of moody and memorable tracks. Aligning with the game’s focus on Hornet, her needle and her thread, Silksong’s score sees a particular focus on strings.

Today, Chris is generously releasing 2 tracks off the upcoming album: ‘Lace’ the intense battle theme for one of Hornet’s main rivals and ‘Bonebottom’ the sombre score for Silksong’s starting town. Consider it a Christmas tease!

To date, Silksong’s complete score is sitting at about 30 (stunning) tracks, with several still to come. That’s already a step above Hollow Knight’s 26 tracks, and is a combination of Pharloom’s many varied locations, more unique boss themes and Chris’s own desire to one-up his achievements with the first game.

Expect the full Hollow Knight: Silksong Original Soundtrack to release at the same time as the game. Jump over to the following to see the above samples alongside Chris’s other work: Christopher Larkin Bandcamp

Another way to experience this gorgeous soundtrack
25 November, 2019 by rawmeatcowboy | Comments: 0

SEATTLE - November 25, 2019 - Materia Collective and Team Cherry are pleased to announce the official Hollow Knight Piano Collections album featuring music by Christopher Larkin arranged by David Peacock and performed by Augustine Mayuga Gonzales. The renowned score to one of the most acclaimed indie titles of of recent years is the perfect source material for these intimate piano arrangements, and fans will be pleased to know the album will be available in digital, CD, and vinyl formats with sheet music to release in digital and physical formats as well. Hollow Knight Piano Collections is available for pre-order today and will launch on November 28, 2019:

"Working on Hollow Knight Piano Collections has been a deeply rewarding experience," reflects arranger David Peacock. "My goal was to put together a selection of arrangements that both compliment the original material, and are expanded upon by the qualities and aesthetic of the piano performance. Enter the world of Hallownest as conveyed by my pianistic reinterpretation of Christopher Larkin's brilliant score."

The full track listing for Hollow Knight Piano Collections is as follows: 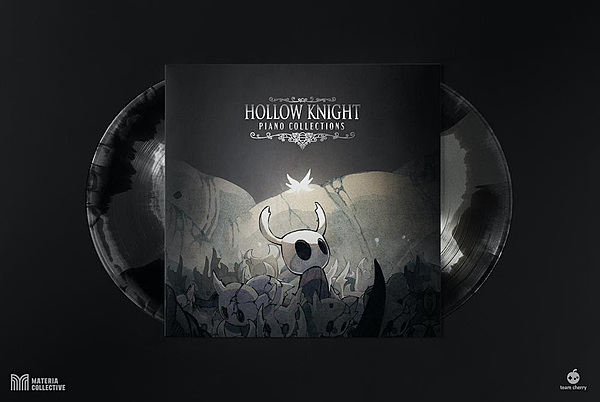 The limited edition CD and vinyl versions will be available via the Materia shop and on Bandcamp and will include beautiful artwork and illustrations by Nise, who previously illustrated Materia's Undertale Piano Collections. Physical CDs, vinyl, and sheet music books will begin shipping during the first quarter of 2020. 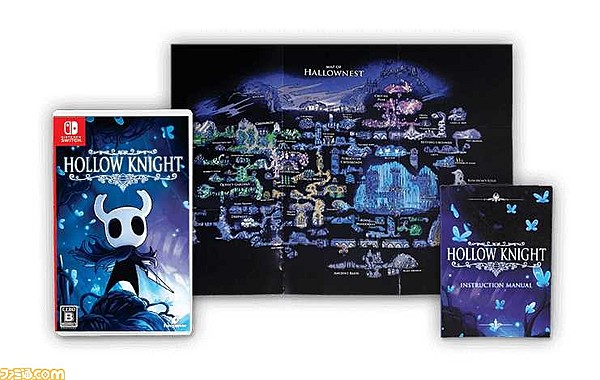 Fangamer has announced that they're bringing Hollow Knight to retail in Japan on Dec. 12th, 2019. Consumers will have two different options to choose from. 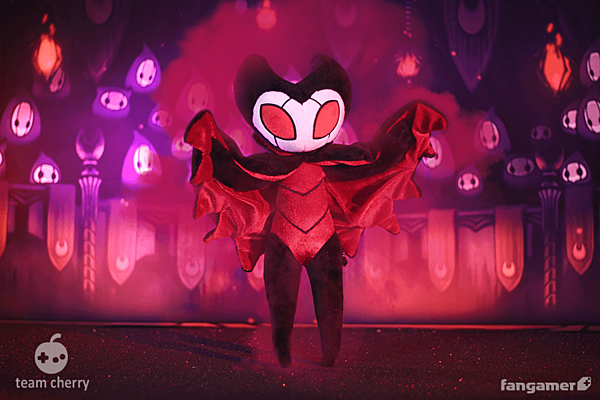 Hollow Knight fans now have two more official pieces of merch to check out, thanks to FanGamer. The company has released both a Troupe Master Grimm pin, and plush doll. 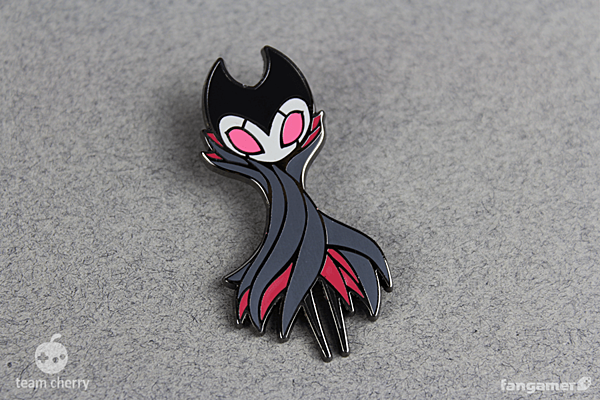 Check out the pin here, and the plush here
Source: Link
Rating: 1 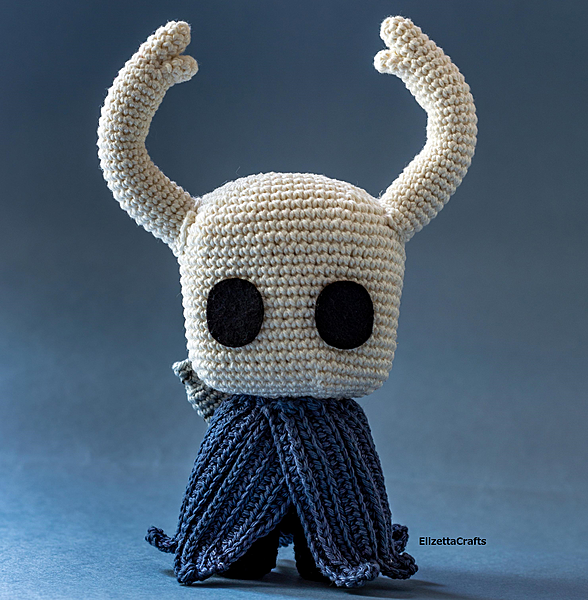 Hollow Knight continues to receive amazing fan-art years after release, and the above crocheted doll is one of the best I've ever seen. The attention to detail is spot-on, and the craftsmanship is gorgeous! There's no doubt in my mind that this could be sold as an official bit of merchandise, and no one would ever complain.

Fangamer Japan have announced plans to publish the physical version of Hollow Knight in Japan, and it's set to launch on Dec. 12th, 2019. Fangamer will release both the standard and Collector’s Editions. The standard edition is priced at ¥4,000, and includes the game, case, manual, and map. The Collector’s Edition is priced at ¥8,800, and includes all the goodies in the standard edition, plus a special box, brooch, comic, art cards, cloth, and a papercraft set. 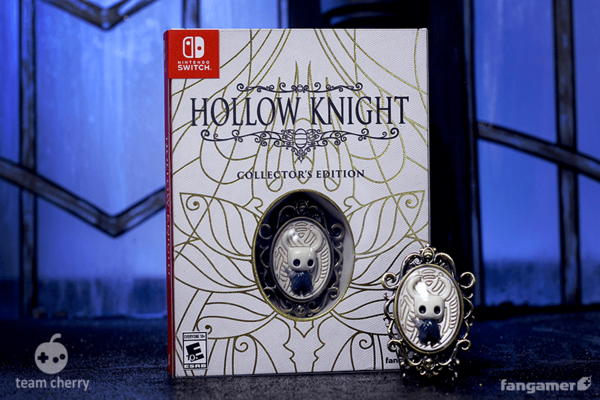 You might remember that Fangamer had a bit of an issue with their first round of Hollow Knight game cards, as they didn't include all of the DLC. That issue has since been remedied, and the version in stock right now has all the content on the game card. If you've been holding out on grabbing your copy, now's the time to jump in! 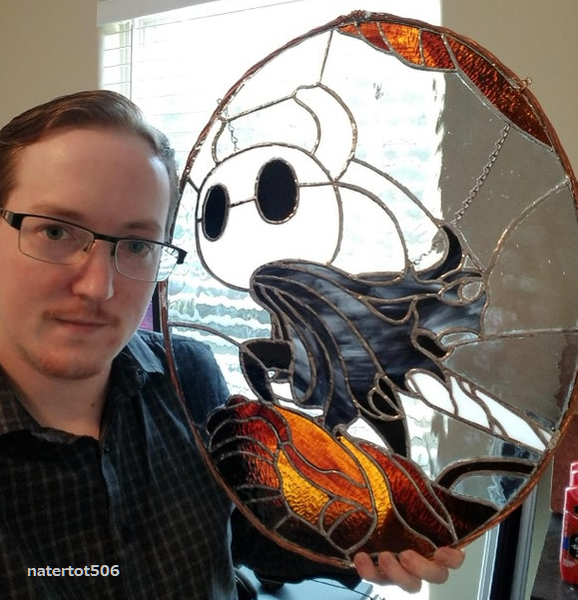 There are plenty of hand-drawn tributes to video games out there, but not much in the way of stained glass. You need just a bit more technical savvy to get something like this done! Reddit user Natertot506 put 29 hours of work into his creation, which is a stained glass tribute to Hollow Knight. Hopefully he releases more details on how this piece came together! 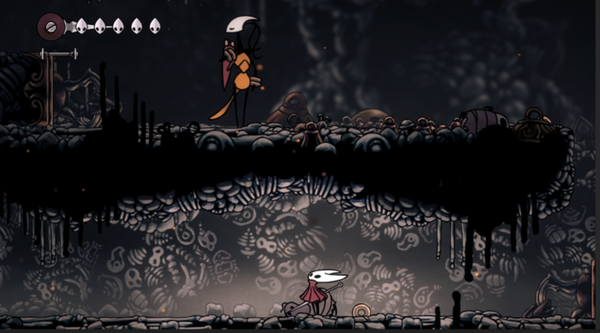 The latest dev blog update from Team Cherry on Hollow Knight: Silksong gives us a detailed breakdown of various gameplay aspects, as well as a word on when to expect the game. I'm sure most people are interested in that info, but sadly, the team isn't ready to reveal an official date yet.

Thanks to everyone for asking and we’re sorry that we still don’t have anything conclusive to say. For Silksong we’re running on Cherry-time over here, that means both ‘When it’s ready,’ and ‘When it matches the quality and scale of Hollow Knight.’ Just know, we will talk about a release date when we’re 100% certain we can hit it. The last thing we want to do is make promises, only to see things slide. For now, we’ll continue stuffing all sorts of strange critters and surprises into Silksong. We can’t wait for you all to play it.

Like we said, the dev blog is still chock-full of details on the game itself. Have a look at the full update here. 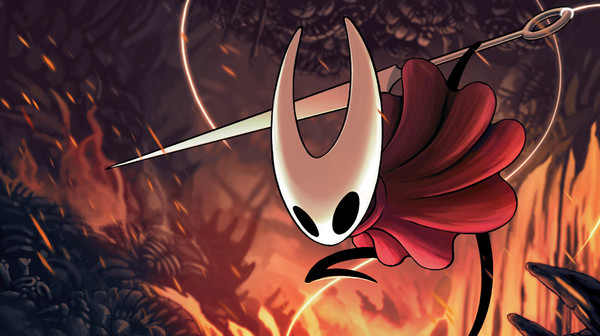 Could Hollow Knight: Silksong have a retail release in the works? We don't have any official word just yet, but Amazon Mexico seems to think one's on the way, as they've put up a listing for the game. We can't be 100% sure that the listing is accurate, as it could be some sort of mix-up with the retail release of the original Hollow Knight. We'll reach out to Team Cherry for comment.