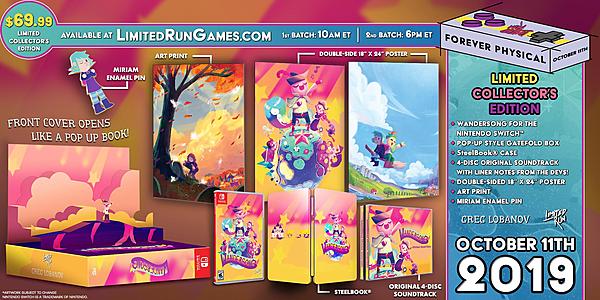 Limited Run Games revealed plans for a physical version of Wandersong the other day, and now we have a look at what the Collector's Edition packs in. As you can see, the Collector's Edition includes a pop-up box, an enamel pin, an art print, a four-disc soundtrack, and a double-sided poster, alongside the game and a steelbook case. Preorders will open on Oct. 11th, 2019.

A physical edition of Wandersong has officially been confirmed today on Twitter. This limited version of the game will be available at from limitedrungames on October 11th! 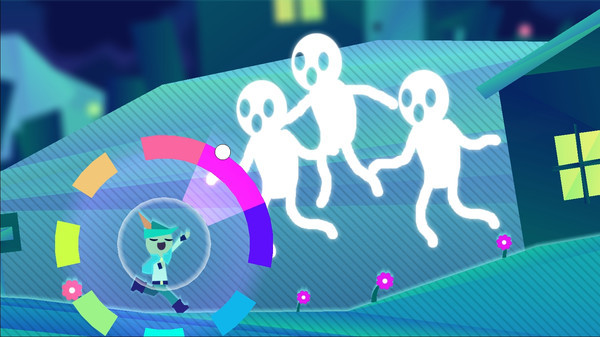 Wandersong is full of all kinds of unique, interesting, funny, and endearing moments. A lot of those are hand-crafted experiences that took months to put together. Then there's the one feature that was thrown in towards the end of the game's development.

Wandersong allows the player to dance as they travel through their adventure. Dancing serves absolutely no purpose as far as gameplay goes. If that's the case, why was the feature included? Creator Greg Lobanov explains in a DualShockers interview.

“Wandersong is definitely about a lot of things but I think the dances really are just another thing that really perfectly encapsulates what this is really about. It’s a game about being ‘not the hero’ and about being a ‘not powerful,’ ‘not useful’ person and the dances are just meaningless self-expression. They don’t do anything in the game. They don’t further the plot in any way. They’re literally just ways to be silly and this game is so much about how important that is and how not important the stuff that’s ‘mandatory’ actually is.” 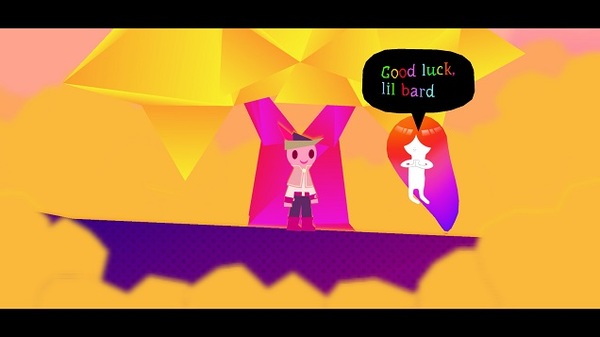 Wandersong isn't exactly your typical game. You play as a singing bard that only has his voice to aid him through his journey. How does one come up with such a unique idea? Wandersong creator Greg Lobanov reveals the details in a new interview.

I had the idea for the main character when I was singing in the car while careening down a highway. The larger story was loosely inspired by my experience living on my bicycle and riding across the USA in 2014 and 2015. What made it all click was when I came up with the music wheel interface though... I wanted to try turning a controller into an expressive musical instrument. 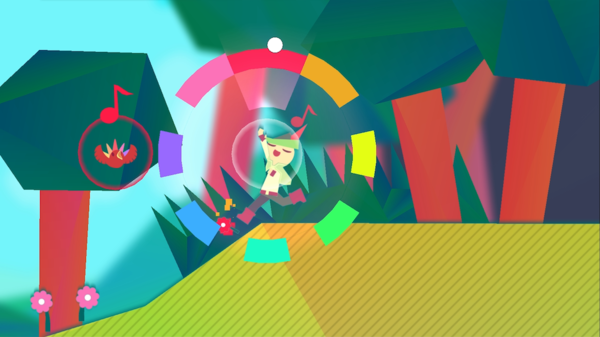 Wandersong dev Greg Lobanov is ready to move onto new games. He's actually working on three different ideas right now. Sadly, that means the world of Wandersong is coming to an end. In an interview with LootPots, Lobanov closes the door on any potential DLC.

As far as the story goes, I feel it like it ends in a really nice place. I don’t really feel like I want to bother the characters any more or ask them anything else. I feel like they’re pretty set. If I had a really strong idea for DLC, and maybe it’ll happen down the road, maybe I’ll change my mind about it. But right now everything is good, where it should be. 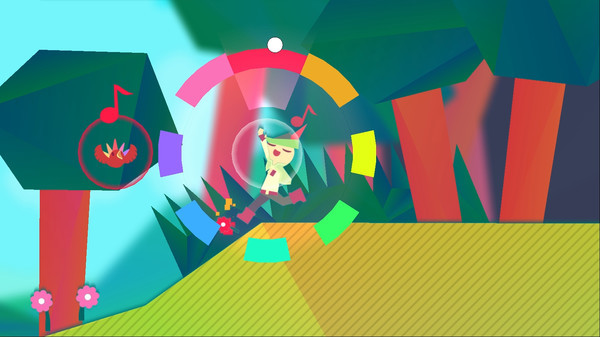 Game developers gain experience with each game they work on. Greg Lobanov has worked on numerous titles over the years, which all lead to the eventual release of Wandersong. Yes, the experience gained from those earlier titles helped pave the way for Wandersong, but there's more to it than that. Those earlier games helped foster a following for Lobanov, which then supported him in making Wandersong.

"I was always really interested in doing big adventure games and story RPGs, but it wasn't super-sustainable to spend a lot of time on a project when I was really unknown. The decision to make smaller games was kind of a conscious pivot because I wanted money, to experiment with more things, and get my name out there. When it came time to do Wandersong, I had enough of a community fanbase that I could Kickstart the game, and we did reasonably well. I felt I had enough saved up that I could spend time and make a bigger project, which is what I really wanted to do." 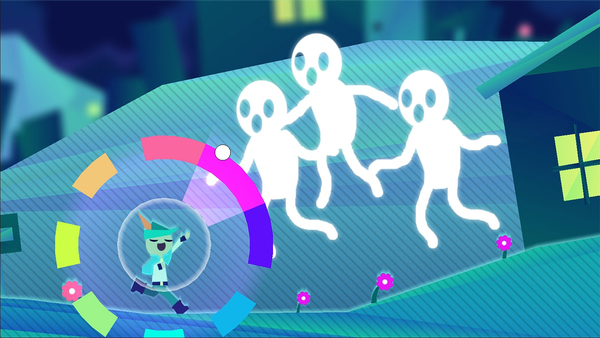 Version. 1.0.4 for Wandersong is now available to grab on Switch, and it brings a ton of fixes with it. Check out the patch notes below.

Get stuck when going to band break room after Act 2 concert
Soft lock when loading first screen of Act 5 castle
Rare error message and crash during Act 2 performance
Catterfly can follow you past where her battle ends
Crash when talking to Captain Lucas from the left in the pirate bar
3-ghost boss can scale strangely after battle is over
Unstable collisions and beat-tracking at low framerate
Unstable scene transition at end of Act 3 dungeon
Infinite loop entering pirate ship after encounter on boat
Possible to skip bridge scene in Act 5
Act 5 map missing information after completing main quest
Possible to sneak through the end of Act 5 spirit world without initiating encounter
Possible to lose Audrey in escape scene
Endless cut-scene loop in same scene
Typos + some dialogue tweaked
Unable to progress if the game is closed and re-opened directly after the climax
Some characters wouldn’t interact in Act 7 in certain conditions
Certain (minor) permanent choices were erased by Scene Select
Post-game secret had some missing prompts/would keep emitting light when disabled
Act 4: able to progress story without officially recruiting characters
Act 5: optional leaf on map appears to be required to progress story
Act 6: birds don’t always respawn
Act 6: wind changing directions a bit futzy in one segment
Act 6: softlock with Audrey during bug sequence
Act 6: A set of jumps are very high and a bit difficult
Post-game: Gabe can’t be interacted with
Act 3: Able to jump over certain room exit
Act 5: Infinite hug
Act 6: Birds don’t launch very far
Act 6: Birds STILL don’t always respawn
Act 6: Partner character’s pathing not great on low framerates
Act 6: Some platforming near the end is a bit high for the bard’s jump height on some framerates
Act 7: Reloading the big confrontation would have some heads swapped
Post-game: Scene select animated to frames and not deltatime
General: The D-Pad doesn’t register multiple notes when playing the same one multiple times
General: Screen blinks/flashes on some machines when changing volume in Options
Act 2: Accordion ghost duet can take an unusually long time to advance (please double check, I think this is fixed…)
Act 3: Crash when interacting with a character after throwing coffee but before Captain Lucas reacts
Act 4: Peter can sometimes be interacted with after expending all of his dialogue
Act 4: Crash when interacting with coal while holding something else
Act 5: STILL possible to miss scene on bridge outside of lumber town
Act 6: Stuck in pass-through wall near beginning of Seal section
Small typos in dialogue
Act 1: Rare broken spawn in Langtree
Act 3: Rare broken spawn near Calliope’s house
Act 4 spirit world: Broken animation when respawning from a certain spike in a certain area
Act 6: Possible to trap pushable rock and block progress
Act 6: Rare broken spawn after throne room
Act 6: Small physics change to help keep Audrey from getting stuck
General: typos and small text adjustments
Act 2: Rare broken spawn near the cemetery
Act 2: Occasional crashing on a 2nd playthrough of Delphi if you completed the Sue sidequest in a previous run
Act 6: Adjusted some path nodes to make the AI character more consistent

A powerful layer of logic and interface that works with GameMaker Studio 2 to give you greater creative control of the audio in your games. If you are familiar with audio engines like FMod or Wwise, this is kind of like that, but built directly into your project codebase. It’s made out of Game Maker scripts, objects and rooms.

If you're interested in the audio engine for Wandersong, you can now tinker around with it yourself! The dev behind Wandersong has released the full audio engine for the game, which you can use in GameMaker Studio 2. Check out the full details here. 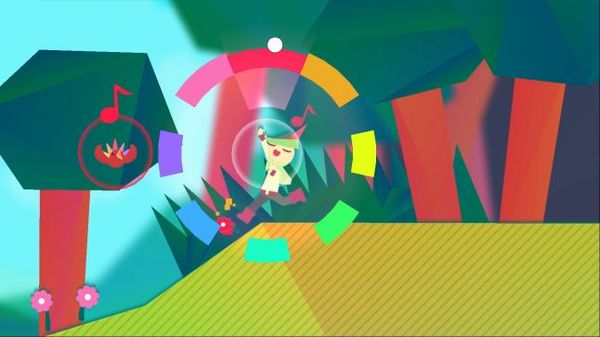 Wandersong developer Greg Lobanov was interviewed by Gamasutra about creating the very unique RPG/adventure game. In the snippet below, Lobanov talks about the game's core mechanic, its musical color wheel.

The rainbow wheel was actually the very very very first thing that I did for this game; it was kind of the starting point. It kind of came… I was just kind of wondering if there was a way to make a game controller into a musical instrument. And I thought like, using this… I really like the way the sticks feel and I thought that there was something there, like some fun to make them feel really like expressive and flowy.

A musical adventure where you use singing to save the world! Play as a silly bard who embarks on a globe-trotting journey to learn about the mysterious Earthsong, said to prevent the universe’s imminent end. It's up to you to sing your songs, unlock the world's secrets and make new friends!