Another Japanese trailer for Moonlighter released

Seeing the light of day next month
22 October, 2020 by rawmeatcowboy | Comments: 0

Moonlighter has been available in North America and Europe for awhile now, but the game still isn't out in Japan. That's going to change on November 26th, 2020, as the game will finally release for Japanese audiences. Have a look at the latest Japanese trailer above.

The moon rises over retail
02 September, 2020 by rawmeatcowboy | Comments: 0 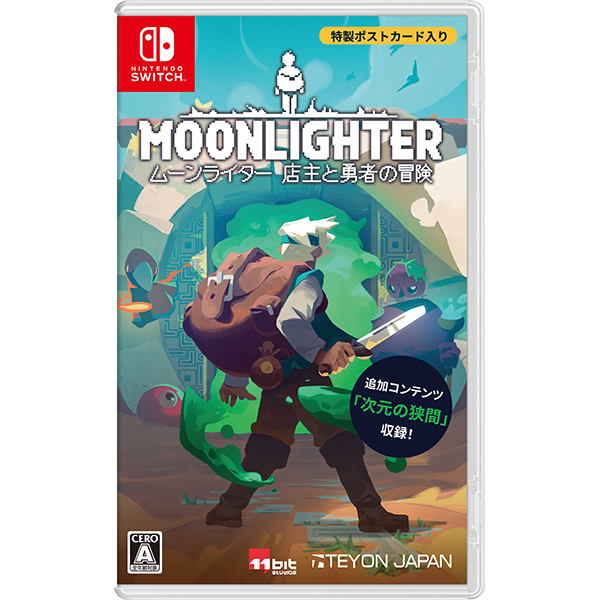 Teyon Japan recently released a physical version for Human: Fall Flat, and they're following up that success with another physical Switch title. The company has announced that they're giving Moonlighter the boxed treatment, and it's slated to launch on Nov. 26th, 2020. The package will be priced at ¥3,850, and includes both a postcard set and a reversible sleeve.

A new Japanese trailer for the game was also released, which you can check out above.

Between Dimensions is coming to Xbox One, Nintendo Switch and PlayStation 4 on the game's 2nd Anniversary, 29th of May, 2020! Are you prepared to enter the unknown?

The wind of change is blowing through Rynoka. A new, cryptic Portal appeared out of nowhere. Does it bring a new threat? Or is it a new way to make an easy profit?

Features:
• A brand-new Interdimensional Dungeon (and a chance for it to appear as a Corrupted Dungeon in the original dungeons)
• 10 original enemies and 5 minibosses
• Full set of weapons with a new short sword, big sword, bow, gloves, and spear
• Set of armor with a new helmet, chest, and boots
• Trick Weapons – 10 unique weapons – both powerful… and punishing!
• New Rings – which are boosting Will’s passive abilities
• New Shop upgrade – allowing Will to showcase his new Interdimensional Items
• New Customers asking to trade and an unfamiliar NPC: The Trader
• Additional story and lore 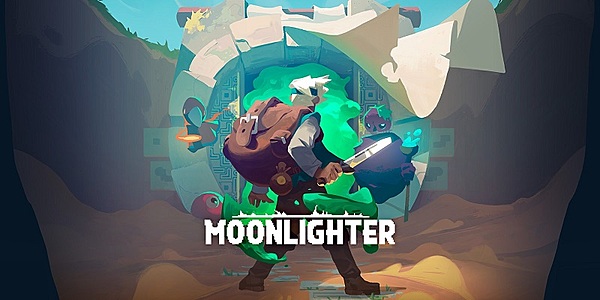 Moonlighter has been updated to Ver. 1.0.0.6. Check out the full patch notes for this update below.

A new thief trying to steal your money from the cash register!
A new client – the indecisive customer – better hurry and attend them!
A bothersome bird terrorizing your customers – so little, yet so dangerous!
4 new Baby Slime companions – too cute to be true!
And on top of that, the basic Rings and Amulets (not the ones from the DLC, tho!) are now available during your first playthrough (if you didn’t know: before they were available only in New Game+ Mode).

Moonlighter updated to Version 1.0.0.1 in Japan 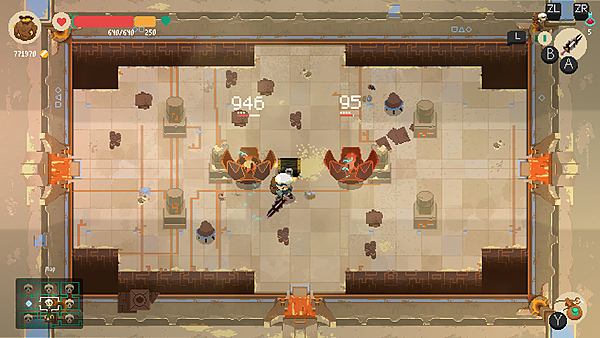 Teyon Japan has announced an update for Moonlighter in Japan, which bumps the game up to Version 1.0.0.1. The update fixes a number of bugs, but no specifics are shared.

Read up on new details for Moonlighter's "Between Dimensions" DLC 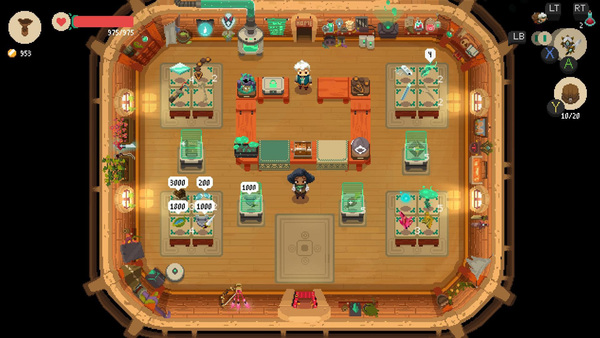 The "Between Dimensions" DLC for Moonlighter has gone live on PC today, which has given us a host of new information to share. This same DLC will be coming to Switch later this year, but no firm date has been set.

The Between Dimensions DLC expands on the main experience by letting fearless adventurers descend into an all-new Interdimensional Dungeon while filling current dungeons with new creatures alongside offering a bunch of new weapons, armors, shop items, and rings.

After a tumultuous time, the village of Rynoka was once again at peace thanks to the brave adventures of the hero-merchant, Will. Sadly, the serenity was short-lived as an unknown cryptic Portal has strangely appeared out of nowhere. Does it bring with it a new threat? Yeah, it probably does. But Will’s merchant sense tells him it could also mean something else… profit! Stepping into the unknown is even more tempting if you think about all the new precious loot that awaits only the bravest of explorers.

Accessing the Between Dimensions DLC requires players to have finished the main game. Some content noted below will be available to all owners of the base game free of charge.

A brand-new Interdimensional Dungeon (with a chance for it to appear as a Corrupted Dungeon in the original dungeons!)
10 all-new original enemies and 5 minibosses
A full set of weapons with a new short sword, large sword, bow, gloves, and spear
A new set of armor with a helmet, chest, and boots
Trick weapons – 10 unique weapons in total – both powerful… and punishing!
New rings for boosting Will’s passive abilities
New shop upgrade allowing Will to showcase his new Interdimensional Items
New customers wanting to trade and an unfamiliar NPC: The Trader
Additional story and lore
New thieves to invade your shop (free content)
A new client - the indecisive customer (free content)
A bothersome bird terrorizing your customers (free content)

Moonlighter's "Between Dimensions" DLC gets a new trailer

The wind of change is blowing through Rynoka. A new, cryptic Portal appeared out of nowhere. Does it bring a new threat? Or is it a new way to make an easy profit? And most importantly… are you prepared to enter the unknown?

Between Dimensions is the biggest Moonlighter expansion so far. The DLC enlarges the main experience by filling current dungeons with new creatures, populating all-new Interdimensional Dungeon with mini-bosses, swarming the adventure with new weapons, armory, shop items, and rings.

A brand-new Interdimensional Dungeon (and a chance for it to appear as a Corrupted Dungeon in the original dungeons).
10 original enemies and 5 mini-bosses.
Full set of weapons with a new short sword, big sword, bow, gloves, and spear.
Set of armor with a new helmet, chest, and boots.
Trick Weapons – 10 unique weapons – both powerful… and punishing!
New Rings – which are boosting Will’s passive abilities.
New Shop upgrade – allowing Will to showcase his new Interdimensional Items.
New Customers asking to trade and an unfamiliar NPC: The Trader.
Additional story and lore.

The Moonlighter "Between Dimensions" DLC may have been dated for PC, but we still don't have a solid release date for Switch. Developer 11 Bit Studios has said that they'll share Switch launch details at a later date.

Baby Moonlighter, born on May 29th, 2018 was a quick learner. Despite the games market hardships, this young indie title proved to be a strong contender in the intensely competitive gaming community. With continued growth, Moonlighter gained trust and appreciation from its fans thanks to the numerous updates it sprouted — the More Stock Update, Adventure Update, Friends & Foes, and more. On top of that, Moonlighter broadened its territory — starting on PC, PlayStation 4, and Xbox One hunting grounds, it bravely took over the Nintendo Switch environment.

Now, entering its adult stage of life, Moonlighter is ready to show off its own offspring to the world! The Between Dimensions DLC will populate the game’s world with new monsters, a new dungeon, plenty of new gear, and trick weapons. Be sure not to miss any of them. Trust us, you’ll be amazed!

To celebrate the one-year anniversary of Moonlighter, Digital Sun Games has temporarily dropped the price of the game. You can grab it right now for $15 instead of $25. 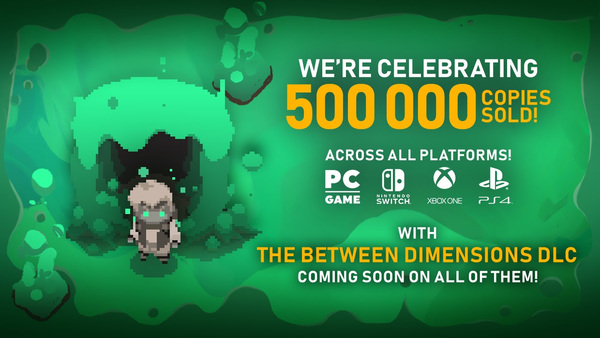 Warsaw, Poland - March 9th, 2019 — Digital Sun and 11 bit studios' Moonlighter was an indie darling in 2018 and today it celebrates a major milestone! The story of Will, whose daily shopkeeping routine keeps his business prosperous and whose adventurous destiny pushes him to explore dungeons and slash monsters has now sold over 500,000 copies across all platforms including PC, Xbox One, PlayStation 4 and Nintendo Switch!

Launching first on PC, Xbox One, and PlayStation 4, the action RPG with roguelite elements took a few more months to finally hit the Nintendo Switch and has been doing fantastic numbers for the indie publisher. Recently hitting the eShop in Japan, Moonlighter debuted in fifth position in its first week helping propel the game to a total of 150,000 copies sold on the platform.

While the mobile version of Moonlighter is currently in development, and numerous free updates have landed in the game on all platforms, the designers are also working on a brand new addition to expand the Moonlighter universe! Planning for a Summer 2019 release and coming to all platforms, Between Dimensions is an all new DLC set to make Moonlighter more exciting than ever!

New Monsters - Expand the main experience by filling current dungeons with new creatures.
The Interdimensional Dungeon - An all-new dungeon swarming with powerful new mini-bosses.
New Gear - Adventurers can pick up a plethora of new weapons, armors, shop items, and rings.
Trick Weapons - Never before seen Trick Weapons will grant players special powers, but they might come with a price! Twisting Moonlighter's mechanics in new and inventive ways, these new weapons will punish your enemies, but might just be a little err... tricky at the same time.

In celebration of half a million units sold, Moonlighter is on sale right now for 40% off on Steam and 33% off on the Nintendo eShop in North America. The sale price hits the European eShop on April 11th, 2019.

Patch in the works for Moonlighter's Japanese release 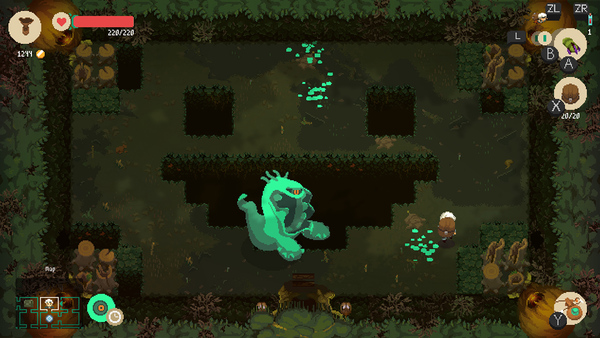 Teyon Japan has announced that they're working on a patch for Moonlighter's Japanese release. It seems there are some issues with the recently-released Japanese version, and Teyon is working to clean them up. We'll share details of the patch release date and fixes when they become available.