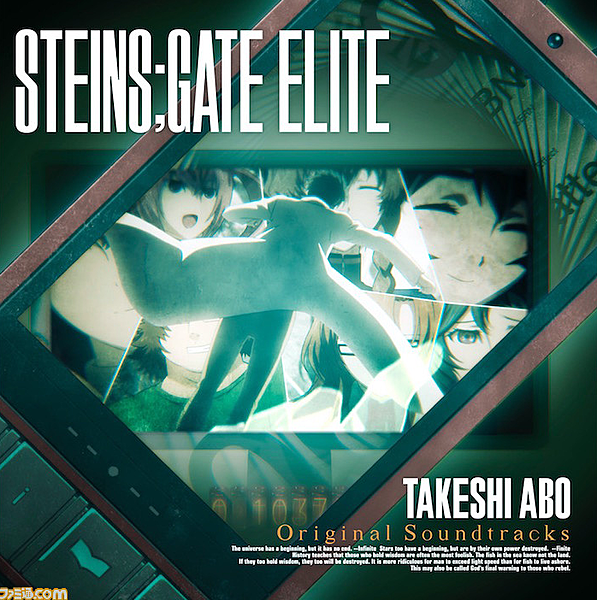 Mages. has announced that they'll be releasing the Steins;Gate Elite Original Soundtrack in Japan on March 18th, 2020. The album is priced at 3,000 yen, and will include 80 minutes of music across 28 tracks. There will be a special 10th Anniversary song included as well. 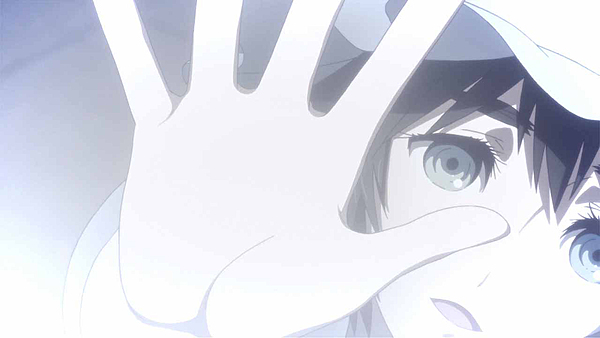 MAGES. has announced an official soundtrack for Steins;Gate Elite, and it's going to see release in Japan. The soundtrack is due out March 18th, 2020, and features 28 tracks on the disc. Check out the track listing for the album below. 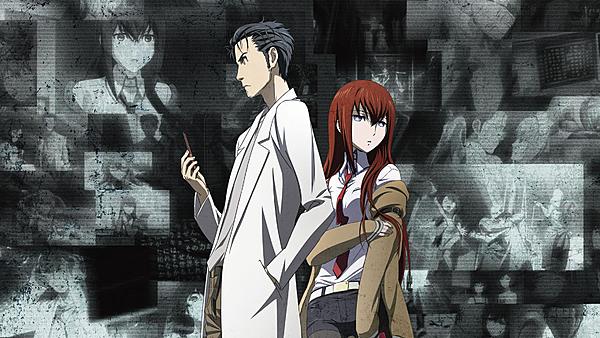 Believe it or not, Steins; Gate has been around for 10 years now. That includes all sorts of adaptations, from manga and anime to games. Chiyomaru Shikura, MAGES. president and Steins;Gate planner has taken this occasion to share some kind words about his work on the franchise, which you can find in full below.

“Has 10 years really passed? Isn’t there a possibility that the world began 1 second ago. 10 years hasn’t passed. It’s only been 1 second. Even if I were to believe your purported claim that it has been ten years, you’d still need to show complete evidence that proves our existence 10 years ago. You say you have pictures from 10 years ago? That’s just observable matter that was born just a second ago. There must be some sort of relationship in between two processes occurring at two different times, and this is called causality. However, sadly humans are unable to turn these logical theories into absolute effects ethically, thus it’s impossible to disprove causality, and so it’s impossible to completely deny that the world actually began one second ago. By the way, it’s not limited to one second – one minute is fine too. Which means that the world may have began for you, dear reader, three minutes before reading this comment. Your memories of childhood were implanted with utmost logic so that there wouldn’t be any contradictions that would make you question otherwise.

Now then – it’s been about ten years of skepticism, suspicion, of proving and disproving, and debates without an answer. I’ve been supported by friends, by the many voice actors, and most definitely the fans, and have somehow made it to ten years. Thank you so much. These continuous thanks are the real thing, and are the reason I can continue to wax philosophy and get disproven as well, and this will become my happiness in the future standing alongside everyone. That’s why I believe there won’t be an end to this small amount of bravery and creativity. Thank you for 10 years! And here’s to the future as well. ヽ(*ﾟдﾟ)ノ” 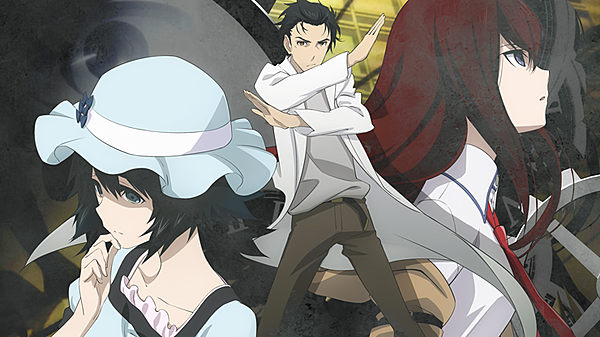 LONG BEACH October 14, 2019 — Spike Chunsoft is excited to announce that in celebration of STEINS;GATE 10th anniversary, STEINS;GATE ELITE and other STEINS;GATE franchise games will be available with discounted prices! See below for details of the sale.

About the STEINS;GATE series

In 2009, 5pb. and Nitroplus created the award-winning science-fiction, interactive visual novel known as STEINS;GATE. Since then, the series has spawned anime, a manga, drama CDs, a movie and a live action stage play, and is loved by fans worldwide.

Now, as STEINS;GATE ELITE, the game is fully remastered with animated scenes from the anime, creating a perfectly new, immersive experience. Follow a band of tech-savvy young students who discover the means of changing the past via e-mail using a modified microwave. Their experiments in pushing the boundaries of time begin to spiral out of control as they become entangled in a conspiracy surrounding SERN, the organization behind the Large Hadron Collider, and John Titor, who claims to be from a dystopian future.

Be sure to Stay tuned for future announcements in December. You never know what other Worldlines will bring. El Psy Kongroo. 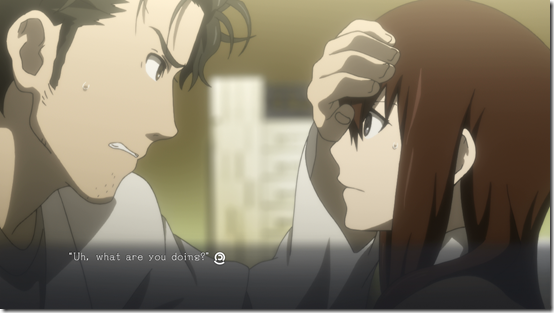 Steins;Gate Elite is now available on the Switch, and gives fans another big dose of adventure in the Steins;Gate universe. In an interview with Siliconera, producer Tatsuya Matsubara talks about some development struggles and the decision to make an 8-bit supplementary game.

S: Combining the scenario from the original STEINS;GATE and animation from Steins;Gate anime sounds like a lot of work. What was the hardest part? Were there any struggles you can comment on?

Tatsuya Matsubara: When STEINS;GATE was being produced as an anime as well as a novel, arrangements were made to slowly adapt the game to those medium. As you know, if the mediums are mixed together, many discrepancies will occur. For example, when matching scenes, the character might be in a different location in the novel, or some actors will give off a different read in the anime than the lines voiced in the game I could go on and on about the difficulties of adaptation. Essentially, to make sure the scenes flow smoothly, we would insert a few frames from different cut scenes, separate the materials within those scenes, and erase or move the characters to fit in appropriately. Just this process alone took us six months. While this may sound a bit redundant, I believe those who watch the anime, play the original STEINS;GATE, then play ELITE will find some enjoyment in spotting all those differences.


S: STEINS;GATE ELITE for Nintendo Switch will have exclusive content in the form of 8-BIT ADV STEINS;GATE, a retro style game that in the fashion of playing games on the Famicom. Where did this idea come from? What was the hardest part about developing this extra content?

Tatsuya Matsubara: For this title, we all had in the back of our minds, “What if we were the game creators during the golden years of the Famicom in the 80’s”? That was a big push in us creating a game as true to the Famicom experience as possible, from the developmental perspective. We used the 6502CPU program to assemble the assets and used the 2A03 to compose the sound. Using these older tools to program was quite fun for all of us in the development department as it was a rather refreshing change of pace. Our CG, scenario, and sound teams had just as much fun and in the end created too much material for this smaller title. We had a hard time fighting over “memory space” just to fit everything we needed into the Famicom version. [laughs]

8-BIT ADV STEINS;GATE delivers the excitement of STEINS;GATE in retro style! Play as Okabe and explore an 8-bit version of Akihabara!

Steins;Gate Elite - another round of gameplay

Follow a group of young, tech-savvy “lab members” who discover the means of changing the past via e-mail using a modified microwave. Their experiments in pushing the boundaries of time begin to spiral out of control as they become entangled in a conspiracy surrounding SERN, the organization behind the Large Hadron Collider, and John Titor, who claims to be from a dystopian future.

8-BIT ADV STEINS;GATE delivers the excitement of STEINS;GATE in retro style! Play as Okabe and explore an 8-bit version of Akihabara!

In STEINS;GATE ELITE players will follow a group of young, tech-savvy “lab members” who discover the means of changing the past via e-mail using a modified microwave. Their experiments in pushing the boundaries of time begin to spiral out of control as they become entangled in a conspiracy surrounding SERN, the organization behind the Large Hadron Collider, and John Titor, who claims to be from a dystopian future.