Suda51 explains how Travis Strikes Again paved the way for No More Heroes 3, says sales were 'what we were hoping for' 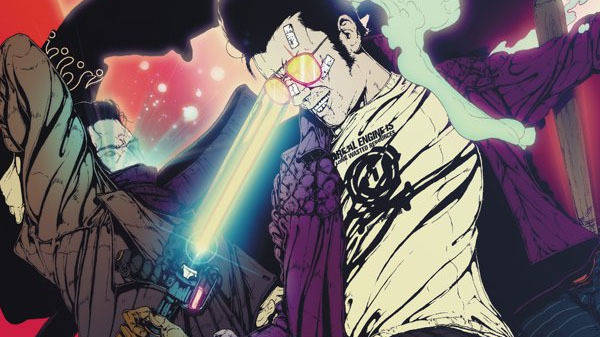 When fans saw the reveal of Travis Strikes Again: No More Heroes, they were both ecstatic and disappointed. Those who followed the series were happy to see Travis back in a new game, but weren't thrilled about the idea of a spin-off. In an interview with Game Informer, Suda51 opens up about just how crucial the creation of Travis Strikes Again was to jump-starting No More Heroes 3.

I mean, it's been something that I've been wanting to work on for a long time. There's been stuff that we've been working on over the years, and then it's kind of gotten away. We didn't really have the right inspiration for it. But a few years ago, I decided, "Okay, I want to make this game, Travis Strikes Again. And part of it was because I wanted to sort of explore a different facet of the whole like Travis and No More Heroes lore. And another reason we made the game was sort of a commemorative thing, for Grasshopper's 20th anniversary.

So first, you know, I decided do Travis Strikes Again: No More Heroes (TSA) for a commemorative-type thing, see how that works out. So we decided to put together a completely new team for that game. The core team was sort of a real mix of old veterans and newly-hired staff, people who are new in the industry altogether. And once we put that team together and started working on the game, and realized pretty early on, "Okay, this team's actually working out pretty well. I think we can maybe make something cool," I really got to focus as much of my energy on that as possible.

And then once TSA was released, and we saw the reactions from the fans and got lots of different opinions and feedback on it, I thought "Okay, now that we not only have, you know, the fan base is still wanting No More Heroes III, we've also got a lot more kind of scale of our abilities a lot more skills under our belts now.

And we've learned about working on Unreal, for the different new mechanics and stuff we put into TSA, there's lots of new things that, as a team, we had learned and experienced that I felt finally sort of pushed us over the edge. We're now ready to go back to No More Heroes III with the same core team again, and be able to create and provide the kind of game that the fans deserve and the fans of want to play.

So again, yeah, to kind of put it simply It was something I'd been wanting to work on for a long time, but with all the experience we now had, I also figured "Okay, we're finally ready."

We also hear a bit about how the game has sold so far. While actual sales figures weren't discussed, Suda51 says that sales were, "pretty much just in line with what we were expecting, or more like what we were hoping for."

Suda51 considering a No More Heroes/Killer7 crossover, talks about the idea of a "Sudaverse"

Fans of Suda51's work most likely know that there's something at the end of Travis Strikes Again: No More Heroes that's related to Killer7. In an interview with Suda51 from MomoCon, Suda himself confirmed that the moment in question is indeed considered canon for the franchises. Furthermore, he is considering the idea of a crossover between the two franchises.

“So yeah, it’s like the same world, and this is something that has happened. So it is a fact. It is a part of canon. There might be a crossover at some point. I’ll kind of think about it, let it percolate, and we’ll see. …So I mean, you guys all know there’s the Marvel universe right? So maybe one day there will be like a Suda-verse as well. Maybe I can bring that out.”

Strawberry on the shortcake
24 April, 2019 by rawmeatcowboy | Comments: 0

Grasshopper has released a series of intro videos for Travis Strikes Again: No More Heroes, all of which come straight from the game. If you're still looking to learn a bit more about what the game has to offer, check out the rest of the videos here. 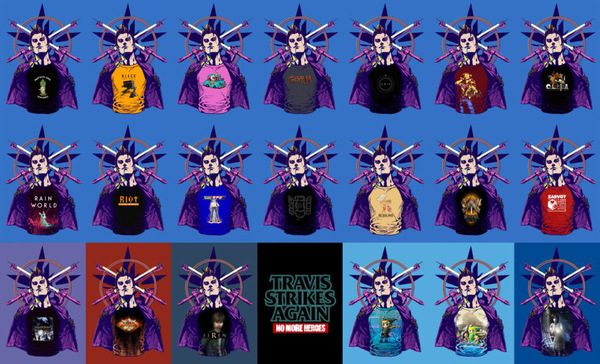 In the second downloadable content, a new stage "Killer Marathon" will be added, and popular character "Bad Girl" - familiar to No More Heroes fans - will return to the fight. Additioanlly, an adventure part forTravis will be added.

In addition, there will be additional and fixed patches in line with the second DLC. In Ver. 1.2.0, 19 titles will appear on collaboration T-shirts representing legendary and indie games, including "The Legend of Zelda: The Wind Waker".

The T-Shirt collaboration will include:

Travis Strikes Again: No More Heroes DLC:02 Bubblegum Fatale - only on the Nintendo Switch! Available on 4.18!!

This DLC includes the following: 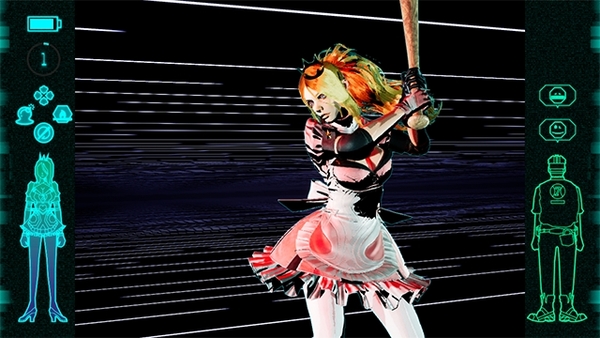 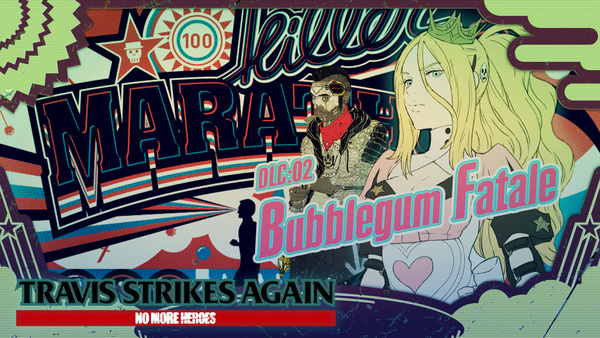 Travis Strikes Again: No More Heroes' Bubblegum Fatale DLC launches April 18th, 2019, bumping the game up to Version 1.2.0. Along with the above information, we know that this DLC will feature new music, Badgirl as playable character, and an extremely challenging level called Killer Marathon. This level has a time limit, traps to overcome, and more.

On top of that, a new adventure aspect featuring Travis will be added, and it supposedly paves the way for the future of the No More Heroes franchise. Finally, there's a tease of a certain 'Henry' making an appearance as well!

Travis Strikes Again: No More Heroes getting a pair of Legend of Zelda: The Wind Waker legendary t-shirts 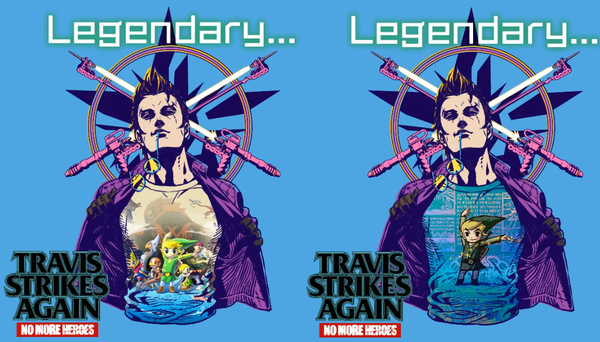 Suda51 is constantly adding new t-shirts to Travis Strikes Again: No More Heroes, and the next two might be his best yet! As you can see in the image above, not one, but two different Legend of Zelda: The Wind Waker t-shirt designs are coming to the game. We don't have the release date yet, but we'll let you know that info when it's available. 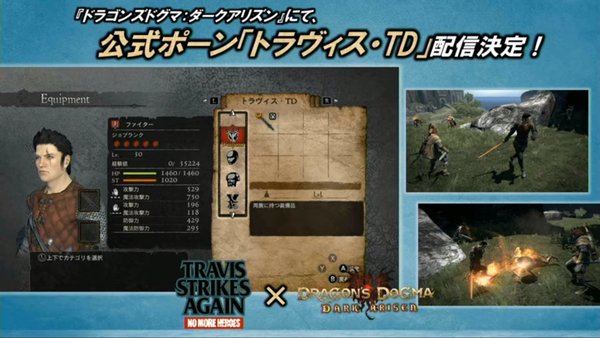 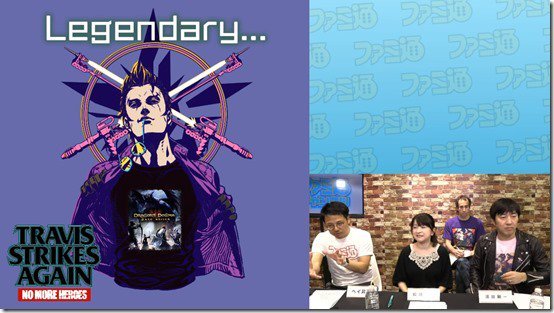 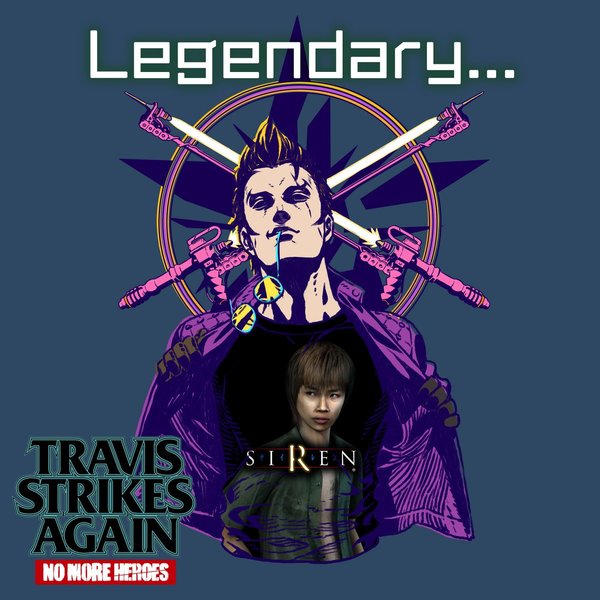 Well here's a weird one for you. Siren, a Sony-exclusive on the PS2, is getting a nod from Suda51. Siren will be represented via an in-game t-shirt in Travis Strikes Again: No More Heroes. Seems like there'd be some crazy legal strings to pull in order to make this happen, but I guess Suda51 worked it out! 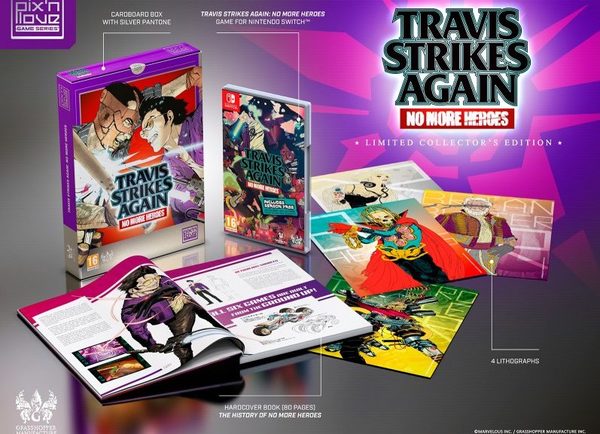 The Travis Strikes Again: No More Heroes Collector's Edition released by Pix’n Love was snatched up almost instantly, leaving little chance for anyone but the first round of customers to grab one. We're happy to let you know that a second chance is coming soon! While we don't have a release date just yet, Pix'n Love has confirmed that a restock is on the way.