Along with the season holidays brings plenty of souvenirs. But this is real life. In our in-game life, since several years, we can capture our best moments in video games thanks to photo mode. Now, talented "game photographers","virtual photographers" share the beauty of those video games. But most of them are AAA and in 3D. But what about 2D games, huh?

With Unruly Heroes, our team wanted to pay tribute to our talented artists by developping a photo mode (available with the "Challenge Update" from last May 2019) so players can capture their exploits, pay attention to details at any moments and express/share their creativity. 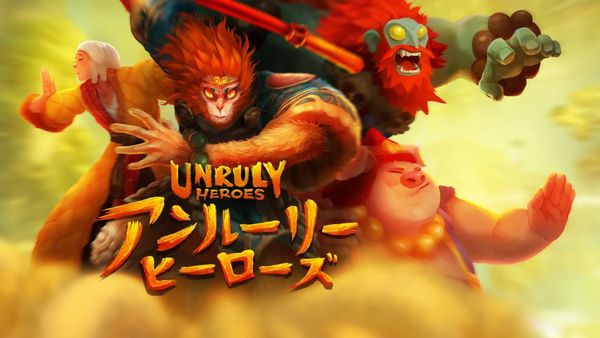 Nintendo has already revealed release dates for two Switch titles in Japan, and both are set for Aug. 3rd, 2019. First up is Unruly Heroes, which is priced at ¥2,200, and the preload option gets you 20% off (¥1,760). The game supports both Japanese and English, and requires 2.6 GB.

Tom Create is releasing their 2D platform game Ninja Battle Heroes S on the same day, and it's priced at ¥900. This is a reworked version of a 3DS game where you're on a mission to find the missing Yukimura and his Beast Brigade. This version supports both Japanese and English, and requires 246 MB. 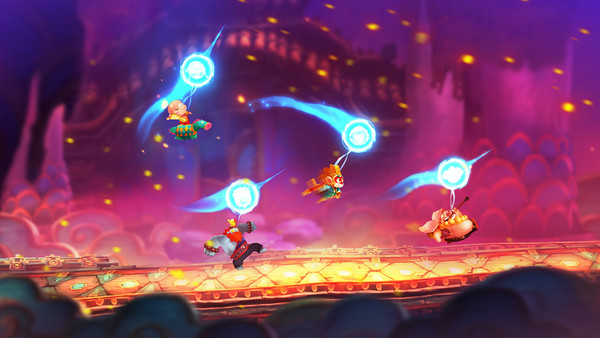 Unruly Heroes hit the Switch recently, and developer Magic Design Studios hosted a Reddit AMA to talk all about the game. Here are some interesting tidbits from the discussion.

Yes, we're actually working on several updates, bugfixes and special content. We don't want to reveal everything now but we strongly want to keep the game alive and to please the players. All of these new features and additional content will be downloadable very soon. (editor note - Later in the AMA, it was mentioned that an easier mode of play is being worked on)

On a retail release

Well, we're thinking about it :) It could be cool.

No demo planned for the future.

Unruly Heroes is an up and coming game that you’re about to hear about because it just got released! That’s right, we got ourselves some early copies because this video is sponsored by Unruly Heroes! Unruly Heroes was influenced by the ancient Chinese tale, Journey to the West. While Journey to the West is fictional, it is based off a Chinese monk named Xuanzang. In Unruly Heroes, you play as four main characters: Sanzang the wise, Wukong the fearless monkey, Kihong the greedy pig and Sandmonk the sensitive brute. But how does this game play into the age old Journey to the West tale? And what does that mean exactly? Join your host, Grant, as he delves into Unruly Heroes and uncovers the true influence behind this game in Unruly Heroes: The Message You Missed.

The sacred scroll preserving harmony in our world has been torn up and scattered to the winds. Now, strange and terrifying creatures are sowing discord and chaos throughout the land.

The sacred scroll preserving harmony in our world has been torn up and scattered to the winds. Now, strange and terrifying creatures are sowing discord and chaos throughout the land.

Inspired by the timeless 16th century Chinese novel Journey to the West, players take control of four unlikely heroes. Effortlessly swapping between and Wukong the Monkey King, Sanzang the Sleepy Monk, Kihong the Greedy Pig, and Sandmonk the Sensitive Brute as they travel westward in search of the scattered remnants of the Sacred Scroll. Along the way, whether it be solo or in local coop, players will encounter a diverse lineup of enemies to battle within a colourful fantasy world.

"We want to invite players to be part of some fantastic universes," says Creative Director Yang Lu. "We spent a year and a half elaborating, defining, searching for, and shaping the kind of game/story/experience we wanted to offer. It turns out we are video game crafters!" "Journey to the West is a wonderful story," continues Lu “but I noticed it wasn’t really known in the West.” Set against lushly illustrated environments in a hand-drawn artstyle, Unruly Heroes makes for an epic adventure diving into the essence of what it takes to be a hero.

Experience the Legend of the Monkey King solo or cooperatively with up to four players in local gameplay.
Make the fight more challenging with local and online PvP.
Master the combined strength of the four unique heroes, adapting to use the best one for each new challenge.
Possess your enemies to harness their strengths and abilities.
Explore a range of different worlds within a colourful fantasy universe platforming, solving puzzles, battling enemies, and overcoming unexpected obstacles.
Unruly Heroes is out now on Nintendo Switch, Steam, Microsoft Store, and Xbox One, with planned released for PS4 to follow. It is available in English, French, German, Italian, Spanish, Portuguese, Chinese (simplified and traditional), Russian, Korean, Japanese.

December 13, 2018 -- The team at Montpellier-based Magic Design Studios is humbled by the enthusiastic response this year while showcasing at various events, and is proud to announce that Unruly Heroes will be released in early 2019.

Featuring four playable characters that battle a diverse lineup of enemies in a colourful fantasy world. Seamlessly swap between Sanzang, Wukong, Kihong, and Sandmonk - even mid-combo - as our heroes journey west across four vastly different environments in order to hunt for the scattered remnants of the Sacred Scroll. Play solo, up to four player local co-op, or PvP (local, online) and face the terrible challenges that lay ahead.

Look for Unruly Heroes in early 2019 for Nintendo Switch, Xbox One, Microsoft Store, and Steam with planned released for PS4 to follow. Add it to your watch list and request a review key to be the first to know when they become available.

Unruly Heroes is an action-adventure game in 2D developed by Magic Design Studios and inspired by the famous Chinese legend 'A journey to the west'.

Nintendo UK at Gamescom - Baba Is You and Unruly Heroes segments

It wasn't all about Splatoon 2 and Smash Bros. Ultimate at Gamescom 2018 for Nintendo. They also took some time during their streaming schedule to check out some upcoming indie titles. Check out their segments on Baba Is You and Unruly Heroes above.