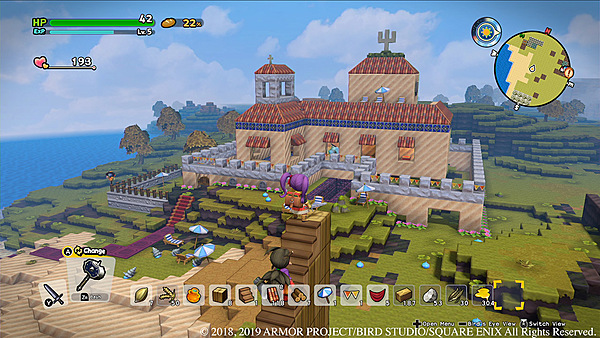 Yesterday we detailed the Dragon Quest Builders 2 'Jumbo' demo, which launched in Japan. The demo is a super-sized slice of the game, and play data transfers over to the full game. As we also mentioned yesterday, the demo would release around the world today. The demo is indeed live in some regions, and will make its way to other eShops as the day continues on. Keep checking out the eShop to see if the demo is live in your region! 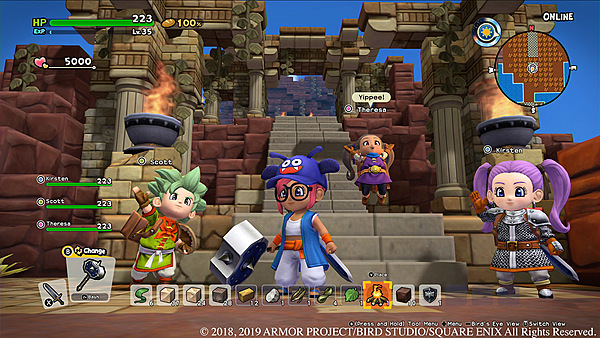 Square-Enix has released a Dragon Quest Builders 2 'Jumbo' demo on the Switch eShop in Japan. This demo lets you play up until Furrowfield Island, and you can transfer your save data over to the full game. With the addition of this demo to the Switch eShop, the original demo has been removed. This demo will also be made in North America and Europe tomorrow.

If you have the Japanese version of the full game, an update is now available. This bumps the game up to Version 1.7.1a, but we don't have patch notes on what the update includes.

There are some seriously talented players out there
30 September, 2019 by rawmeatcowboy | Comments: 2

Want to see some of the amazing stuff that Dragon Quest Builders 2 players have put together? Square-Enix has created two different videos to showcase some of the awesome creations people have cooked up. Check out the insane builds in the videos above!

The Legend of Zelda: A Link to the Past's overworld recreated in Dragon Quest Builders 2

You thought Link's Awakening was going to be the big Legend of Zelda nostalgia for the month? I know I did, but it looks like we were all wrong! Zelda super-fan BenXC has decided to cash in on the nostalgia with his own feature, a recreation of Zelda: A Link to the Past's overworld in Dragon Quest Builders 2.

This painstaking recreation of A Link to the Past's overworld took 7 months to complete, and 150 hours of work in total. The final result includes 300k blocks, and 2,500 trees that were planted by virtual hand! 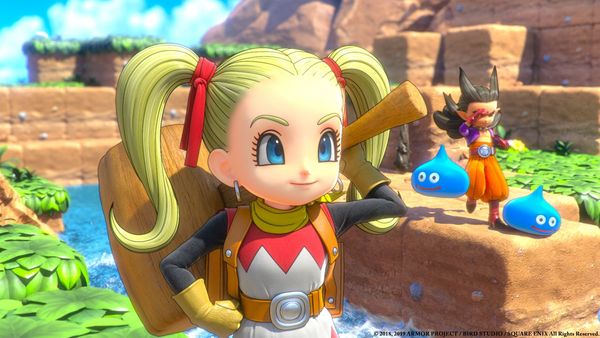 Wow, I belonged to Square Enix for seven years (the longest in my career!). I felt a bit of burn out from Builders 2 and also felt like returning to a development cycle distinct from that of Square Enix, hence me deciding to journey to a new development environment." 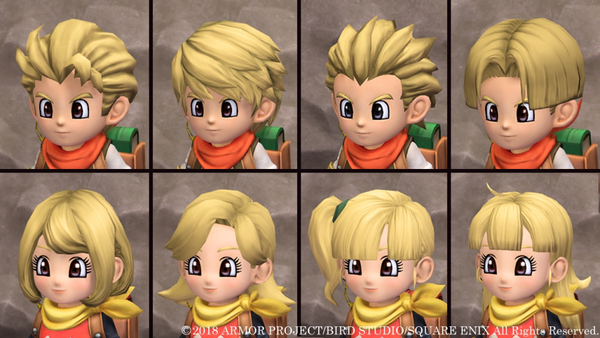 The last free content update for Dragon Quest Builders 2 is now available, and it packs in a bunch of content. Check out a full rundown of what's been added below.

- New “Where are they now?” story content has been added for certain characters who appeared in the main scenario.
- The number of Buildertopia islands that can be stored at one time has been increased to three.
- The number of save slots has been increased to three.
- New hairstyles have been added to the dressing table.
- A new plant growth option has been added to the Settings menu.
- The cursor speed for the Buildnoculars can now be adjusted from the Settings menu.
- Five new items have been added that can change the weather on certain islands.
- The number of rooms that exist on an island will now display when the game is paused.
- The speed of the animation when learning a recipe using gratitude points has been adjusted.
- The action of waving the war banner after the game has been completed has been adjusted.
- An arrow indicating the direction that certain objects will face now displays before they are put down.
- Other miscellaneous fixes.

Dragon Quest Builders 2 released a few weeks back to all sorts of praise. It seems consumers believed in the hype, as Square-Enix has moved over a million copies already! Let's celebrate the event with the special accolades trailer seen above. 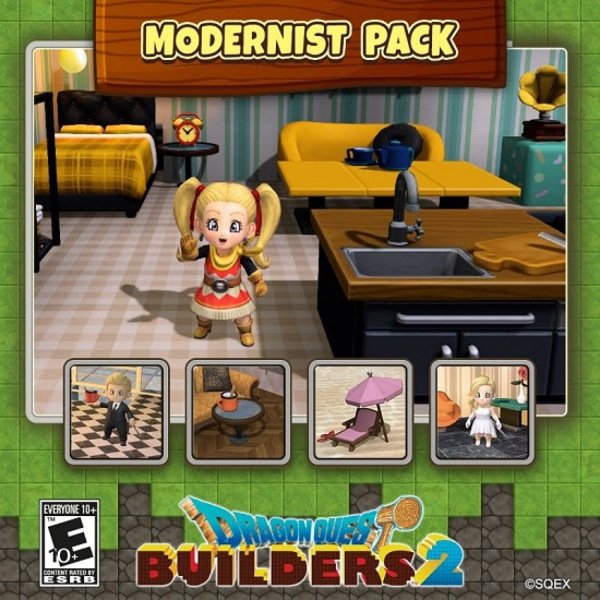 To commemorate the milestone, the team released artwork and a special video to fans to celebrate the game’s success. The thank you video from “The Builder” can be viewed on the @DragonQuest social channels.

In addition to celebrating this special milestone for DRAGON QUEST BUILDERS 2 and its community, the special “Modernist Pack” DLC set that includes over 70 recipes is now available to purchase today. The pack includes recipes for modern-looking structures, hairstyles and clothing so players can build a luxury hotel, modern condominiums and more with the largest new set of recipes yet.

During today's Dragon Quest Builders 2 presentation, Square-Enix announced that the game has managed to sell 1.1 million units worldwide. To celebrate, an update is coming on Aug. 20th, 2019, and will include the following.

- 3 save slots
- "Their Epilogue" content that will be unlocked once you achieve 45 builder recipes, clear the item check events for acquiring infinite materials on all Explorer’s Shores, and visit a Buildertopia at least once.
- 4 new hairstyles
- new Items to freely change weather in forms of cards
- Hero's Flag system where by holding the attack button, nearby villagers follow the protagonist, as well as villagers other than soldiers
- save up to three Buildertopias
- thhe number of rooms on an island will now be displayed on the menu screen.
- natural growth of vegetation can now be turned on or off in the “Settings” screen.
- Builder’s Eye cursor movement speed can now be chosen from three speeds in the “Settings” screen
- arrows showing which way a villager is using an item on the guidelines of items which have direction
- improved control stability and fixed some bugs.

Thanks to Dondom95 and Dakhil for the heads up!
Submitted by: dakhil, dondom95
Source: Link
Rating: 2 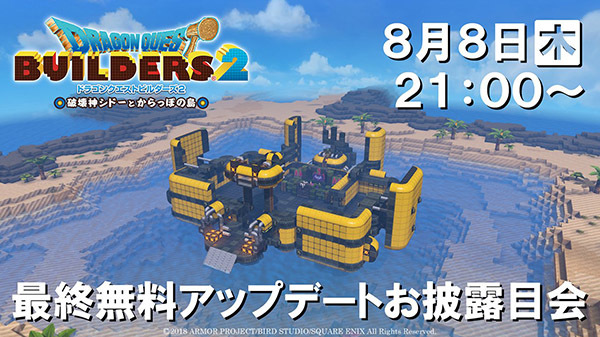 Square-Enix will be hosting a Dragon Quest Builders 2 live stream on August 8th, 2019 at 21:00 JST, and it will feature the game’s final free update. The presentation will feature MC Ranze Fukushima, producers Noriyoshi Fujimoto and Takuma Shiraishi, and public relations representative Taishi Iwai.