Lost Ember gets another round of screens 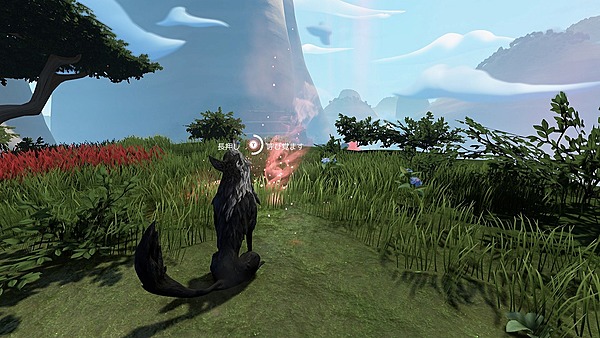 Explore the remains of a fallen world from fascinating perspectives! Slip into the role of different animals to uncover the fate of an ancient world. Dive into deep waters, fly at lofty heights, dig underground as a mole or even climb steep cliffs with a mountain goat, there are lots of ways of getting around.

Lost Ember gets a new trailer

To celebrate the launch of Lost Ember on other platforms, a new trailer has been released. The game is still coming to Switch, but we don't have a release date yet. All we know is that it's going to show up 'in the coming months.'

Lost Ember is coming to Switch sometime after all the other versions, but unfortunately, we don't have a set release date. While we wait for that information, we can at least enjoy some new footage via the trailer above.

Lost Ember gets a new trailer

Lost Ember is a third-person exploration adventure title about a wolf who can inhabit all manner of animals, along with their spirit companion. Players will be able to control over a dozen different creatures, such as a hummingbird, a fish, a mountain goat and a parrot. Along the way, your spirit guide will narrate the tale of what happened to the lost human civilizations that once settled in these wild lands.

Lost Ember may be launching for other platforms in November, but Switch fans will have to wait a bit. No official release date is set, but the publisher has said that the game will hit Switch 'in the months to come.' 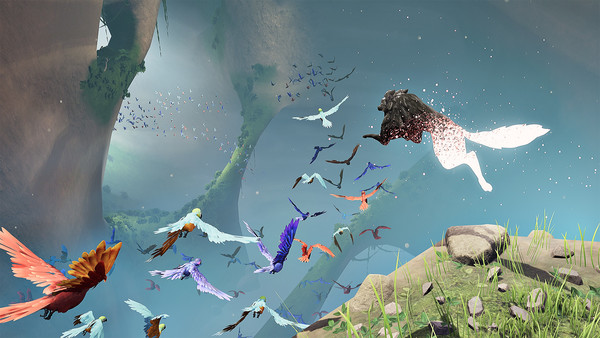 Ballistic Craft is a fast moving battle arena game featuring a series of battles with custom created magic bullets called "shots." Players strategically create their own custom shots using a long list of magic attributes such as speed, color, movement and timing, then use these shots in a series of real-time duels to defeat their enemies.

In addition to local and online battles, the game will also be equipped with a quest mode where players can hone their skills against NPCs. GameTomo will publish Ballistic Craft, which was created by indie developer Palladium Soft in Tokyo, to the whole world.

Lost Ember lets the player journey across a stunningly beautiful landscape, magically switching forms between animals as they seek to unlock the secrets of a vanished civilization. Lost Ember has already won a series of design awards, and allows the player to run as a wolf, burrow as a mole, swim as a fish, fly as a bird, and more. A dozen different kinds of creatures are available as the player navigates a breathlessly beautiful world.

This game is scheduled for complete Japanese localization including full voice over. Lost Ember was created by Mooneye Studios based in Hamburg, Germany, and was selected as Best Indie Game at Gamescom 2018. 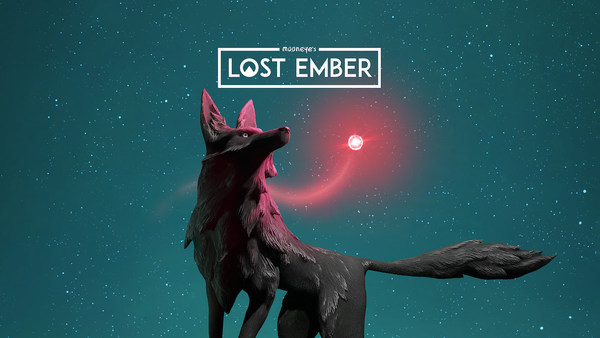 Lost Ember was confirmed for Switch in NA/EU awhile back, but we're still waiting on a release date. While that info is yet to come in, we do know that Lost Ember will also hit Switch in Japan sometime in 2019 as well. Hopefully we'll get the full details on launch in the near future.

Lost Ember hitting Switch after all other versions 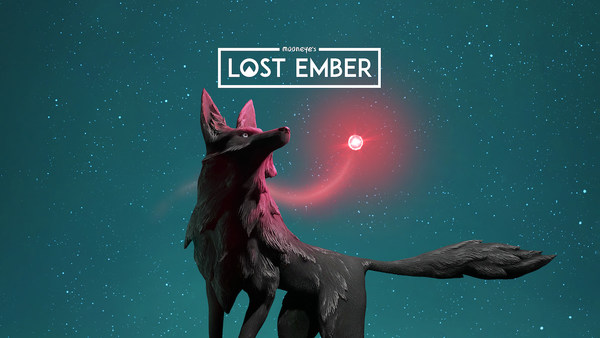 Last we heard about Last Ember, it was due to hit Switch on July 17th, 2019. That obviously isn't going to happen anymore. What's the new plan? There's no set release date yet, but we do know that the Switch version won't release until after the PlayStation 4, Xbox One and PC versions. Those versions are due out Q3 2019, so hopefully Switch will be later in the same quarter.

When Lost Ember comes to Switch, it'll let you explore the open world as a wolf--and all the other animals it can possess.

Lost Ember devs planning to bring the game to Switch

Lost Ember is a storydriven 3rd person exploration adventure for PC and consoles. With a wolf as your main character and a determined companion on your side, you will unveil a story of loyalty, despair and betrayal that led to the fall of a whole world.

On your journey you are guided by a companion that used to be part of the old Inrahsi culture and witnessed the fall of his world. For thousands of years he was seeking and finally found you. Through his memories you will see what happened to the old world, what he has to do with it, and why he now needs your help.

Your ability to possess every animal in the world enables you to explore the world in a lot of different perspectives to find hidden secrets and places that played a role in the fall of the Inrahsi and hold important memories.

Lost Ember is hitting PS4/XB1 in Spring 2019, but the Switch version is going to be released after that. It seems the developer hadn't planned a Switch version, but is now very interested in doing so.

Marvelous forms financial partnership with Tencent, working on expanding IP globally
May 25, 18:41 by socar May 25, 15:09 by conangiga
Pokemon GO - Weedle and Gastly to be featured in upcoming Community Days
May 25, 16:04 by lylatroid
Xenoblade Chronicles - Wii Vs. New 3DS Vs. Switch comparison
May 25, 15:33 by drew ciccotelli
Switch eShop file size round-up: Shantae and the Seven Stars, Minecraft Dungeons, and more
May 25, 15:31 by conangiga
Borderlands: Legendary Collection physical release requires a download of at least 42 GB, Bioshock: The Collection requires 31 GB, XCOM 2 Collection requires 24 GB
May 25, 15:14 by conangiga