Mages of Mystralia devs discuss the fun of creating spells 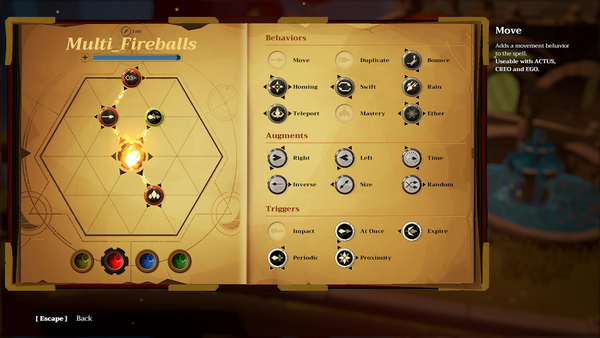 Creating spells is a big part of Mages of Mystralia, and that mechanic in and of itself can be pretty addictive. Wondering how that worked out? Borealys Games explained the mode's creation in a Gamasutra interview.

If simply just toying around is fun then yeah, then you have a game. I’m pretty sure that all the emergent games out there, like Minecraft, must’ve started with something along those lines. As soon as you see that, you can imagine having fun with the game for hours just looking at it, it means that it’s just complex enough so that players have a lot to explore and discover.

And one of the things that we wanted to design to go along with that system was a set of monsters and puzzles that forced the players to think creatively and create a new spell, and not always simply use the last spell they created and spam it.

Mages of Mystralia recently hit the Switch, but perhaps you missed out on the game. If you want to learn more about the title, why not check out the video above? Not only do you get gameplay footage, but you also get to hear the game devs, Borealys Games, talk about their project!

January 29, 2019 -- The Borealys Games’ ‘coming of (m)age’ roleplaying game launches today on Nintendo Switch. Mages of Mystralia, an action-adventure title written by Ed Greenwood (Forgotten Realms) features an award-winning soundtrack that has been performed live by the Video Game Orchestra.

Pick up your robes from the dry cleaners and book yourself a trip to the fantasy world of Mystralia. Play as Zia as she designs and crafts spells to solve puzzles and do combat to vanquish foes across a dozen unique game areas. The innovative spellcrafting system is extensive, with nearly an infinite number of spell combinations possible.

Mages of Mystralia is now available on the Nintendo eShop, Steam (Windows), PlayStation 4, and Xbox One.

To your spellbook! Design your very own spells to fight enemies, explore, and right past wrongs in the kingdom of Mystralia. 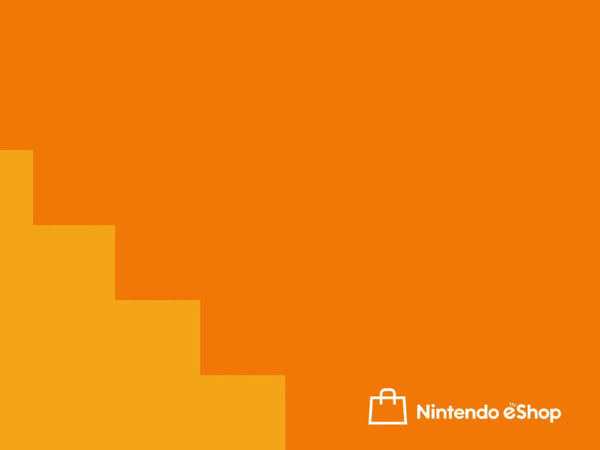 We've got four more Switch titles that have been confirmed for release in Japan on Jan. 31st, 2019. Check out details on each game below! 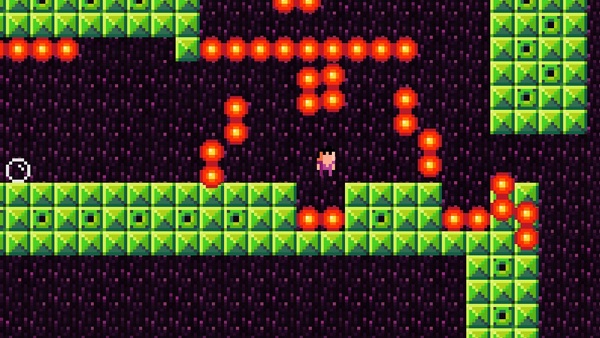 Necrosphere is a (really difficult) bite-sized metroidvania game you control WITH ONLY TWO BUTTONS!

Necrosphere is where you go when you die, regardless of being good or bad. You don’t see other people around there. You don’t have anything to do, except waiting for eternity As soon as Agent Terry Cooper hits the Necrosphere, he learns about the portals that can take him back to the world of the living (also called Normalsphere), and his quest to escape the afterlife is set.

While inside the Necrosphere, agent Terry Cooper has a lucid dream that removes everything he has gathered so far –– even his clothes.

Collect 5 DVDs to unlock this bonus stage at the Main Screen.

Progress is not saved while within Terry's Dream. Muahahaha...

Necrosphere Deluxe is priced at ¥890 with preloads now live. 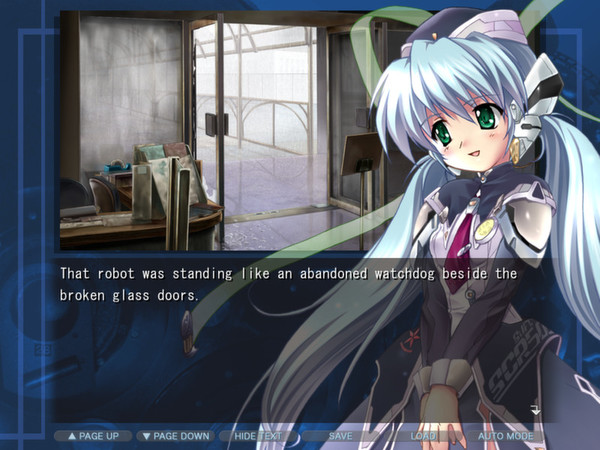 Why don't you come to the planetarium?
The beautiful twinkling of eternity that will never fade, no matter what.
All the stars in the sky are waiting for you.

In time for the 10th anniversary since its original release in Japan, planetarian is an engaging and emotional visual novel from legendary game studio, Key. A sub-brand of VisualArt's, Key are also famed for creating Kanon, AIR, CLANNAD, Little Busters!, Rewrite, and Angel Beats!

Please do not divide Heaven in two...

It is thirty years after the failure of the Space Colonization Program.
Humanity is nearly extinct. A perpetual and deadly Rain falls on the Earth.
Men known as "Junkers" plunder goods and artifacts from the ruins of civilization.
One such Junker sneaks alone into the most dangerous of all ruins -- a "Sarcophagus City".
In the center of this dead city, he discovers a pre-War planetarium.
And as he enters he is greeted by Hoshino Yumemi, a companion robot.
Without a single shred of doubt, she assumes he is the first customer she's had in 30 years.
She attempts to show him the stars at once, but the planetarium projector is broken.
Unable to make heads or tails of her conversation, he ends up agreeing to try and repair the projector ...

For the first time, this heartwarming and memorable title is available on Steam!
It is fully voiced in Japanese, and can be experienced with both English and Japanese text.

* This product is a localization of "planetarian ~chiisana hoshi no yume~ Memorial Edition", originally released for Windows on 30 April 2010.

What is Kinetic Novel?
A new form of entertainment for the sole purpose of storytelling -- not a novel, not an anime, not a game -- Kinetic Novel.
Made with the goal of providing the reader with an unprecedented sense of presence and empathy for the characters through the use of a high-quality scenario, graphics, music, and other production values.

Planetarian is priced at ¥1,110 with preloads now live. The game includes English support. 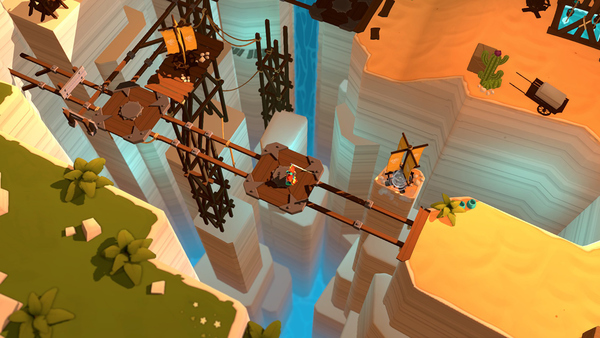 To your spellbook! Design your very own spells to fight enemies, explore, and right past wrongs in the kingdom of Mystralia.

Your path will not be easy. In Mages of Mystralia, you play as Zia, a young girl who discovers that she has been born with an innate sense of magic. Unfortunately, magic has been banned, so she strikes off to train on her own to gain some control over her powers. On her journey, she meets other exiled mages and, discovers runes with magical properties and realizes that she can combine these runes in millions of different ways to come up with completely new spells.

The story was written by bestselling author Ed Greenwood, creator of the Forgotten Realms fantasy world for Dungeons and Dragons, which served as the basis for games like Baldur’s Gate and Neverwinter Nights, as well as about 170 fantasy books.

Mages of Mystralia is priced at ¥2,480 and includes English support. 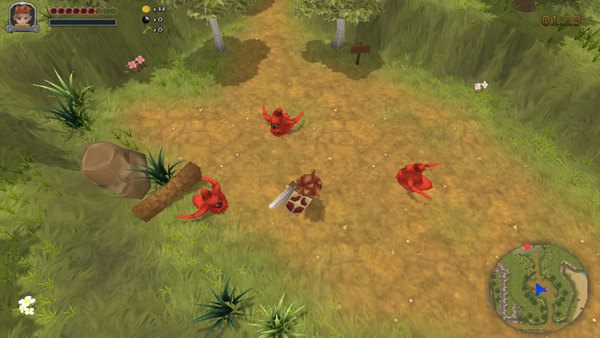 After the banishing of the previous defender of your island, the community needs new heroes. The long training of siblings Elia and Zoel takes them to the last trials deciding who is the best fit to become the new local guardians. In the finals, they will have to compete against a sleazy couple and the clock to prove their worth. Rising to the top will not be an easy feat!

* Control 2 heroes with different abilities to solve puzzles and prepare your strategy for battle.
* Decide if you want to play the game as a shooter using Elia’s spells.
* Fight for the best clear time of each trial or explore freely the island to unveil its secrets.
* Enjoy a solid and compact story without having to waste time on repetitive tasks.

To your spellbook! Design your very own spells to fight enemies, explore, and right past wrongs in the kingdom of Mystralia. Become a spellmaster on your Nintendo Switch soon!

Mages of Mystralia sequel/prequel being considered 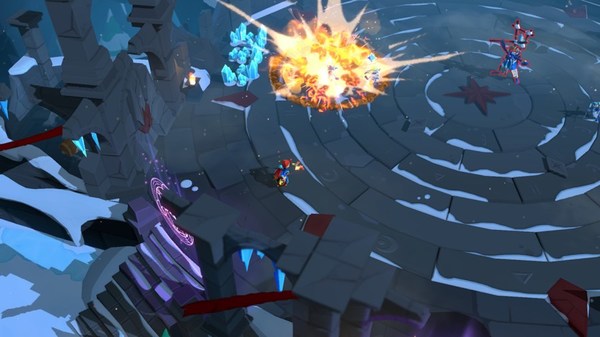 Mages of Mystralia is coming to Switch on Jan. 29th, 2019, and Borealys Games is very excited for the launch. Hopefully the game finds an audience on Switch, because the dev team is already considering some sort of sequel? Check out Borealys Games' Patric Mondou discussing the idea below.

Yes! Sequel or prequel, we’re not sure yet. One frustrating thing about a very systemic feature (such as Mages’s spell crafting system), is that it takes a while to develop (for a small team, at least). On the way, you get plenty of new ideas for it and once you actually finish it, you discover again tons of new applications and possibilities for that system. In Mages, we rebooted the whole spell crafting system twice. When we shipped on PC, we felt like we had only scratched the surface; that the system was not pushed to its limit with the proper enemy designs and puzzle designs. We addressed some of those flaws in a patch when we added the Archmage mode, but we couldn’t do much. We want our next game in the Mystralia franchise to explore other avenues that we previously considered for the spell system. We trust it will turn out to be very different Mages, yet retain its creative approach to solving puzzles and combat situations.

December 17, 2018 -- Borealys Games is today announcing that their award winning Mages of Mystralia is releasing on Nintendo Switch. Pre-sales are set to begin January 15, 2019 with the launch taking place January 29, 2019.

Set in a lively fantasy world, Mages of Mystralia is an action-adventure where designing and crafting spells is an integral part of the game. By using the intuitive yet powerful spellcrafting system to solve puzzles and do combat against enemies, players use brawn and brain to vanquish foes.

Written by Ed Greenwood, original creator of the Dungeons & Dragons game world Forgotten Realms, Mages of Mystralia was awarded Hardcore Gamer's Best Indie Game of PAX South 2017 and Without the Sarcasm's Best in Show at SxSW 2017.