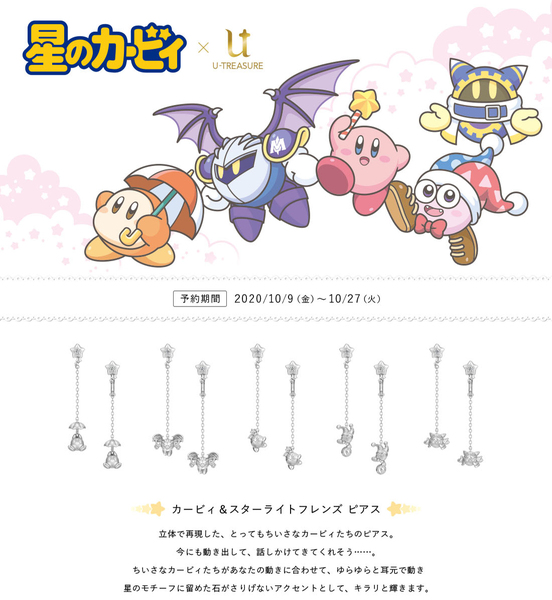 Japanese jeweler U-Treasure will be releasing Kirby, Meta Knight, Waddle Dee, Marx, and Magolor earrings in February 2021 as part of the "Kirby & Starlight Friends" collection, with orders being taken from now until October 27th, 2020 (with International shipping). Available in Silver, K10 Yellow Gold, and K10 Pink Gold, the prices are as follows:

Please let this get localized
24 September, 2020 by rawmeatcowboy | Comments: 0 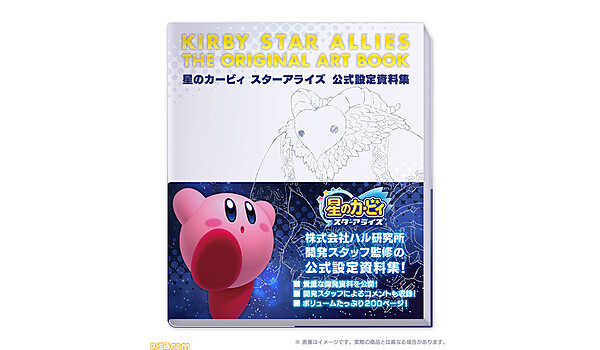 HAL has announced that the official art book for Kirby Star Allies is launching in Japan on March 16th, 2021. The book, priced at 2,700 yen, includes 200 pages packed with artwork, design documents, and more. A new series of preview pages has been released, and you can check them out here.

Those who pre-order the book have a chance of their copy being signed by HAL staff. As long as you pre-order the book by the end of October 2020, you'll be entered into a lottery system. 40 lucky people will be chosen, and HAL staff will sign the book.

Thanks to Sephazon for the heads up!
Submitted by: sephazon
Source: Link
Rating: 1

Three more games have been added to Nintendo of Europe's "Double Gold Points Fest" promotion. From now until August 12th, My Nintendo Members will receive double gold points for purchasing Astral Chain, Kirby Star Allies, and Dragon Quest Builders 2 from the Nintendo eShop. Get full details on the campaign below. 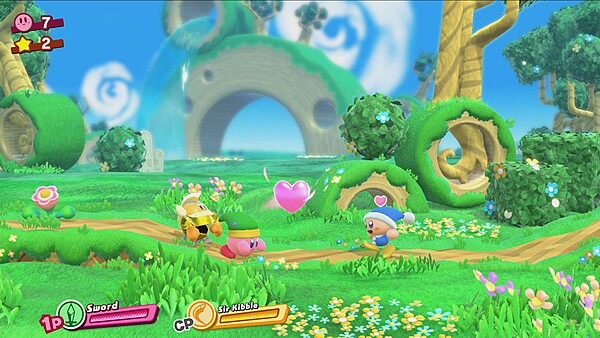 Some big-name Switch games are going to make their way to China in the near future. Tencent has registered game card code information for Super Mario Party, Yoshi's Crafted World, Kirby Star Allies, and Mario Tennis Aces in China. These product registrations are for game cards that will be sold in China. Now we know without a doubt that the games are on the way, but we're still waiting for a release date. 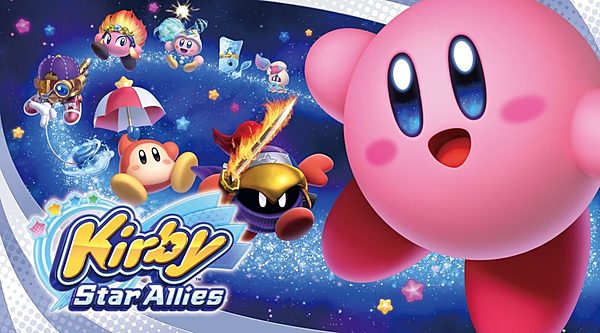 Nintendo and Tencent are lining up some more Switch titles to see official release in China, and it looks like Kirby is going to be joining the party soon. Kirby Star Allies was submitted for approval as of today, and now it's just waiting for approval. If all goes smoothly, the game could be up for sale in China very shortly.

UFOBig has revealed d a new Kirby Star Allies plush that will be available via claw machines in Japan starting late July/early Aug. 2019. This plush is 36cm tall, and features Kirby dressed as a Chef.

HAL discusses adding a year's worth of updates to Kirby Star Allies, and looks to the future

An in-depth look at how HAL tackled DLC for Kirby's most recent game
04 April, 2019 by rawmeatcowboy | Comments: 5 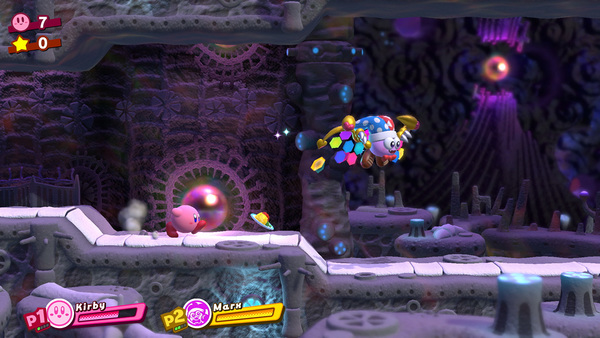 Kirby Star Allies was a much different game a year after it launched. Nintendo released a ton of new content for the game, ranging from new characters to new modes and more. In an interview with Kotaku, HAL's Shinya Kumazaki discussed the process of coming up with content, working to keep the game fresh, and the rules for who could be featured.

“Even though planning is very important when it comes to designing a game of this magnitude, we also value the ideas and discoveries that come up day-to-day, but don’t get a chance to emerge by simply following the plan. The last update added Heroes in Another Dimension, which is something that came from one of those ideas.

We originally considered adding a new planet to the second half of the Story Mode, but we figured players might enjoy having an additional game mode even more, and we could reveal more of the story that way.

There were more than a few times when we thought it would be difficult to include certain characters when taking the past stories into consideration, but we got past that kind of rigid thinking early on. Focusing on the story would immediately close the door to going on adventures with these characters.

There were other characters that we wanted to make special guest appearances, like Drawcia, Elline, Shadow Kirby, Galacta Knight, and so on. But we established a certain rule for our selection process. The rule was to select one character from each title in the main action games over the years, the so-called core Kirby games, the equivalent to numbered sequels.

(The goal) was more to balance the game so it moves ahead at a good pace, and progress comes more briskly than usual. I’m conscious about wanting to have more players get to see the ending when I’m creating a Kirby game.

“I’ve felt that each new Kirby game gets slightly more difficult and sprawling than the last. So from that perspective, we took another look at the origin point of the series, and set our sights on developing a game where even young children who have never played a game before would be able to stick with it and progress through the story, and would completely lose track of time while playing, just like we all did when we first met Kirby as kids in Kirby’s Dream Land.

Of course, it wasn’t easy realizing all these updates. But because of them we felt like we went through this game’s launch with fans four times, including the original release date, which is also a new sensation.”

Will this be the plan for Kirby games going forward? A base release, and then a year's worth of new content via DLC? Here's what Kumazaki had to say.

“There’s nothing I can say about that at the moment, but I think we’ve learned a lot from our experience in developing in HD, creating 4-person multiplayer and a lengthy development cycle as we updated the game. I’m confident they made the Kirby Team here at HAL Laboratory even stronger!” 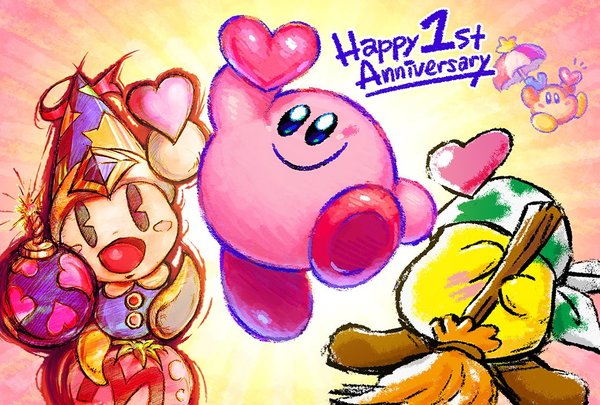 What in the hell?! Has it really been a year since Kirby Star Allies saw release? Dear lord, how in the world has that much time passed! I guess we were all too busy enjoying the game to realize how long its been! Thankfully Nintendo reminded everyone of the anniversary with a special tweet, which featured the artwork above.

Want to get a deeper look at what's inside the Kirby Star Allies Original Soundtrack? We've got multiple unboxing videos for you to check out! Have a look at all the goodies in the footage above!

The official Kirby Twitter account in Japan has updated once again with another round of Kirby Star Allies concept art. Today we get a sketch of some late-game content. Hopefully it's not a spoiler for anyone here!