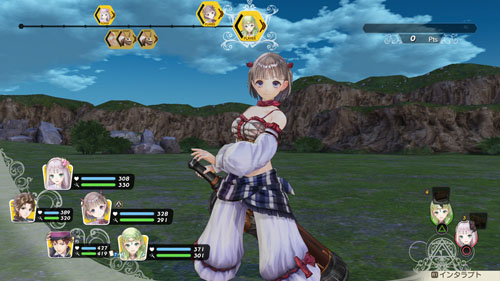 Koei Tecmo has released the third DLC pack for Atelier Lulua: The Scion of Arland in Japan. This pack includes Totori and Merle as party characters, as well as extra-high difficulty maps and more costumes. You can check out screens for this DLC pack here. 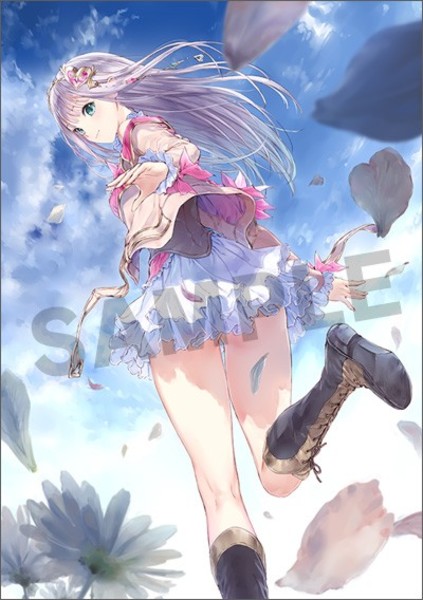 Atelier Lulua fans have a new coffee table book to look forward to. Kadokawa has revealed that their Atelier Lulua ~ Alchemist of Arland 4 ~ Official Visual Collection art book will hit Japan on June 28th, 2019. The book features roughly 144 pages of illustrations, sketches and 3D models. There's even some developer commentary tucked in as well!

Atelier Lulua: The Scion of Arland - another round of footage

Preorder Atelier Lulua: The Scion of Arland to get two special costumes

Pre-order Atelier Lulua: The Scion of Arland today (physical or digital) and get 2 exclusive costumes for Lulua: the ‘Innocent Fairy’ and ‘Fish Girl’! https://t.co/K3Tm5esO2y#AtelierLulua #KTFamily pic.twitter.com/SKRMLggMco

Planning on picking up Atelier Lulua: The Scion of Arland? If so, you might want to get in on a preorder. Grabbing an early purchase for either the retail or digital versions will secure you two special costumes; Innocent Fairy and Fish Girl! 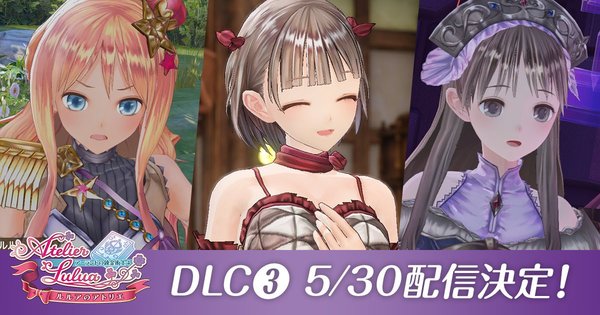 The second DLC pack for Atelier Lulua: The Scion of Arland is now available on the Switch in Japan. This pack includes a number of different BGM options to listen to while you play.

Follow the news of the second pack's launch, the third DLC pack for Atelier Lulua: The Scion of Arland will be hitting the Switch in Japan on May 30th, 2019. This pack includes Totori and Merle as party characters, as well as extra-high difficulty maps and more costumes. You can check out screens for this DLC pack here.

Burlingame, Calif. – April 25, 2019 – Today, KOEI TECMO America unveiled key new battle features for GUST studio’s latest entry to the heart-warming Atelier series, Atelier Lulua: The Scion of Arland. Set to release on May 21, 2019 for the Nintendo Switch™, PlayStation®4 computer entertainment system, and Windows PC via Steam®; the game will have players follow the young Lulua on a journey across the lands of Arland to decrypt a mysterious codex known as the Alchemy Riddle.

Alchemists exploring Arland for raw materials should always be prepared for battle -- these beautiful lands are not only home to important resources but dangerous creatures waiting to attack. Atelier Lulua: The Scion of Arland features a turn-based battle system where players can form a party consisting of five members: three attackers and two taking a supportive role. Support members automatically perform Assist Attacks to compliment the attacker's actions, and aiming to trigger these regularly will ensure that maximum damage is dealt to enemies.

Attackers have an arsenal of unique skills they can use to strike enemy weaknesses. For example, the talented Eva can use the Range Shift skill; expanding her area of attack for a few rounds. These abilities can also aid in the decryption of the Alchemy Riddle, helping players unlock new synthesis recipes and further skills. Depending on the formation of attackers at the start of an encounter, a special dormant ability known as a Primal Art can also be awakened. These arts automatically activate to offer the party support through their battle in the form of increasing Item Damage, or even increasing Attack Damage, for the entirety of the fight.

In Atelier Lulua: The Scion of Arland, alchemists are able to utilize the new Interrupt ability, offering the chance for them to perform a special Interrupt Skill and use a pre-equipped item, outside of their turn. Once the gauge is full from performing attacks, the skill can be triggered and the pre-equipped item will not be consumed when used – giving the attacking team the upper hand against powerful foes.

In addition to the new gameplay details, KOEI TECMO America also revealed early purchase DLC bonuses and a Limited Edition version of Atelier Lulua: The Scion of Arland. All aspiring alchemists who purchase the game either digitally or physically within the first month of launch will receive the “Innocent Fairy” and “Fish Girl” costumes for Lulua via DLC. This special DLC will not be for sale in the future. A Limited Edition version of the game will also be exclusively available through the NISA Online Store. This enchanting Limited Edition is packed with must-have content for Atelier series fans, including a physical version of the game, a hardcover art book, the Sound Archives official soundtrack, keychains of Lulua & Rorona, and a deluxe cloth poster – all packaged together in a delightful collector’s box featuring artwork of the young aspiring alchemist, Lulua.

With more information for Atelier Lulua: The Scion of Arland set to be revealed in the coming weeks, be sure to check out our official website https://www.koeitecmoamerica.com/lulua/, Like us on www.facebook.com/ateliergames and Follow us on Twitter @koeitecmous for all the latest details.

Check out the North American cover art for Atelier Lulua: The Scion of Arland 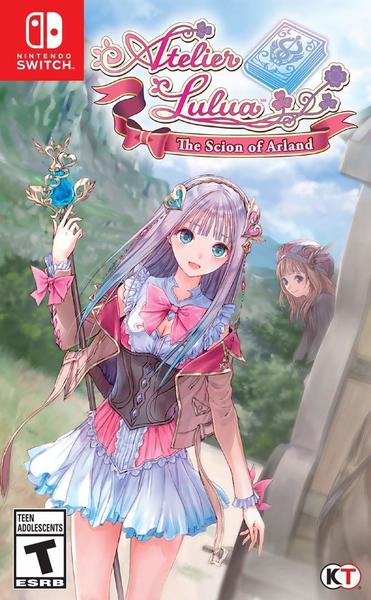 Atelier Rorona marked the beginning of the Arland series. And now, following the events of Atelier Totori and Atelier Meruru, comes an all new story. The latest title is set in a world proceeding the story of Atelier Meruru. The title depicts how characters and locations have changed over time. Set in a world both nostalgic and new, the curtain lifts on another adventure for the alchemist. 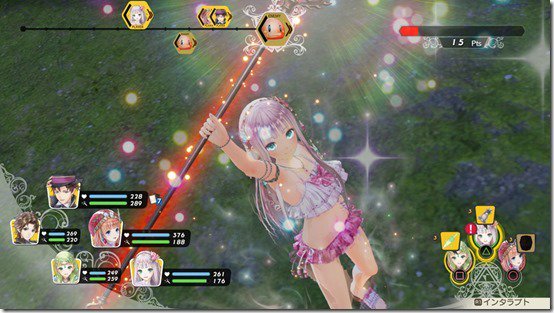 We got all sorts of screens and art for Atelier Lulua: The Scion of Arland's DLC yesterday, but now we have the full rundown on what each DLC pack will included.

- costumes for Lulua, Eva, and Aurel will release on April 25, 2019
- available for 350 each outside of the Lulua Pass
- Gust Extra BGM Pack contains over 180 tracks from other Gust games such as Blue Reflection and the Nights of Azure series
- will be available for 900 yen outside of the Lulua Pass
- extra hard map “Machina Domain” that features super powerful monsters and bosses that drop rare ingredients
- new recipes and boost items are in the map as well