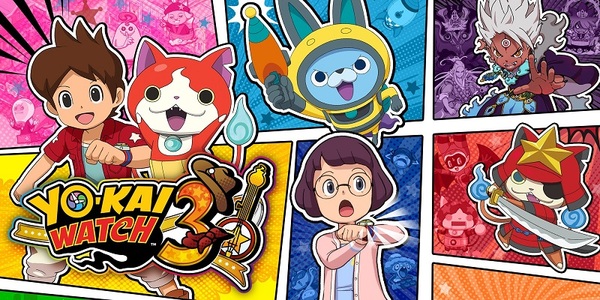 Yo-Kai Watch 3 has gotten an update, which brings it to Version 1.1.0. The update takes up 103 blocks of space, and is available in both Europe and North America. Wondering what the update does? We have absolutely no idea, as no patch notes have been provided!

Face off against some rare Yo-kai with these QR Code patterns for #YOKAIWATCH 3! #3DS


If you want to get some rare Yo-Kai to join the battle in Yo-Kai Watch 3, Nintendo has you covered. They've shared the above tweet, which contains 6 different QR codes for various rare Yo-Kai. Having one of these on your team could make the difference during an intense fight!
Source: Link
Rating: 1

Mischievous beings known as Yo-kai are everywhere, and it’s up to Nate and Hailey Anne to befriend, battle, and solve problems with them. YO-KAI WATCH 3 is available now on the Nintendo 3DS family of systems! 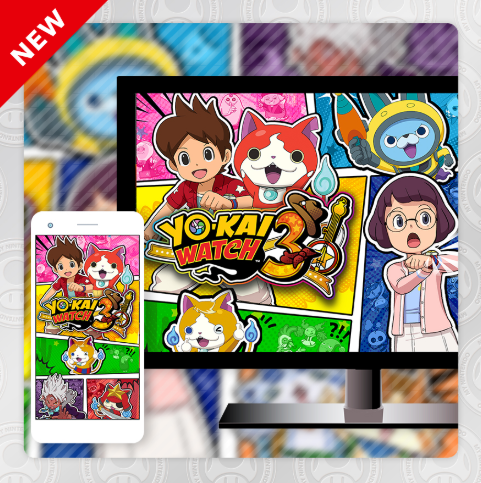 Reward available until: 6/8/2019 at 2 AM [America/New_York]
Redeemable: 1 time
A wallpaper for your PC, smartphone and tablet.

The wallpaper can be downloaded in eleven different resolutions.

Mischievous beings known as Yo-kai are everywhere, and it’s up to Nate and Hailey Anne to befriend, battle, and solve problems with them. Follow two parallel stories and unravel the mysteries behind strange sightings while meeting over 600 Yo-kai and using the new 3x3 grid battle system to strategically dish out or dodge attacks.

With the strength of the Blasters keeping the Yo-kai World (relatively) safe, it's time for the Cat, Dog, and Rabbit teams to explore ruins for special treasures and ancient Yo-kai. 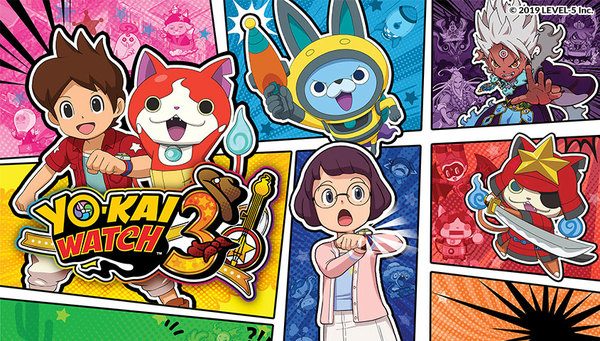 ’Merican Yo-kai have made their way to the YO-KAI WATCH 3 game and they’re rootin’ tootin’ troublemakers.

Speaking of troublemakers, in the town of BBQ, zombies run wild after dark and Nate must stop them in the all-new Zombie Night mode. If you’re too afraid of zombies, you can always find treasure by exploring randomly generated dungeons and discover the truth about the mysterious ruins hidden all across the continent with the Yo-kai Blasters T group.

Meet Hailey Anne and Usapyon as they solve cases as Yo-kai detectives in Springdale.
Explore the Western-inspired location, BBQ, where ’Merican Yo-kai run rampant.
Train up your very own Nyan, a cat like Yo-kai, in Build-a-Nyan.

After waiting 2+ years for localization, is Yo-Kai Watch 3 worth the wait?
08 February, 2019 by rawmeatcowboy | Comments: 3 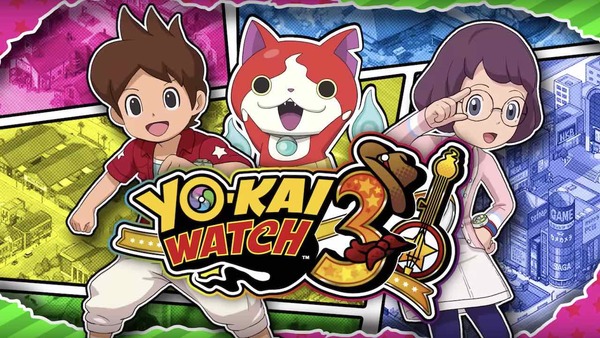 The Yo-Kai Watch series was the hottest thing around in the early days of its existence. Level-5 was riding high on that wave of success, which in turn, sent the series exploding into all different directions. There were Yo-Kai Watch toys, cartoons, movies, and so much more. For awhile there, Yo-Kai Watch was everywhere you looked in Japan. Unfortunately, it seems that insane explosion of Yo-Kai Watch content is what caused the series to cool down so quickly.

When it comes to Yo-Kai Watch in the states, there was never really the spark that sent fans into a frenzy. The first game certainly made waves when it jumped across the pond, but things seemed to sputter quickly after that. Still, the franchise has its die-hards here, and it seemingly does well enough to warrant the localization of subsequent titles. That brings us to Yo-Kai Watch 3, the latest installment to release worldwide.

Yo-Kai Watch 3 launched in Japan all the way back in July of 2016. There were two versions made available, and then a third version called 'Sukiyaki' released shortly after in Dec. 2016. In both North America and Europe, we're only getting one version of Yo-Kai Watch 3, and it contains all the content found in the three different versions released in Japan.

Fans outside of Japan have waited quite a long time for Yo-Kai Watch 3 to be released. Now that it's finally here, was it worth the wait? For those who really love the franchise, the answer should be a resounding yes. For those on the fence or new to the series, it could be somewhat of a tough sell.

Welcome to the center of all things geek, Springdale's Sparkopolis district! Hailey Anne often comes here to indulge in her love of tech and otaku gear. You never know what Yo-kai you may find here too!

Nate Adams has been on some crazy adventures in both the Human World and the Yo-kai World. Check out this recap video on some of the adventures from YO-KAI WATCH and YO-KAI WATCH 2 before embarking on his newest adventure in YO-KAI WATCH 3 on 2/8!

Even in BBQ, there are Yo-kai that command a certain respect. This is a sample of the theme you'll hear when battling them.