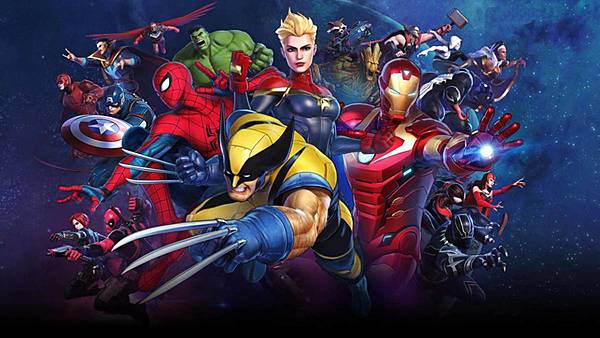 Marvel Ultimate Alliance 3: The Black Order is confirmed to have DLC in development, and thanks to a datamine, we might have an idea of what's to come in the future. Datamining isn't always a foolproof way of leaking content, but this one has some recently found evidence to back it up. One of the details found in the datamine perfectly lines up with a now deleted image that was listed on Marvel's website. 7 specific costumes were slated for release on December 23rd, but 7 completely different ones ended up being released for some unknown reason. The initial lineup is featured in the datamine. Check out what was found below, including the findings pointing to new story content!

– Beast, Professor X and Dark Phoenix mention several team bonsues, including “Inhumans”, which doesn’t currently exist.
– Medusa has a new voice clip added (possibly select sound). These, to me, signal we may get a playable Medusa and Black Bolt to round out an Inhumans team.
– Spoken NPC dialogue indicates new Story. The Negative Zone and Doomstadt are explicitly named.
– Negative Zone mentioned to be very cold by Iceman and that it doesn’t bother him.
– Doomstadt seems to be in trouble, possibly has vampires. Cable mentions not having enough gear to take on a Celestial, so I think it might involve Galactus.
– At one point Cable calls out Annihilus by name and says he’ll squash the future he causes. Annihilus is usually the leader of the Negative Zone, so it seems he’ll be the boss there.
– New costumes coming: Gwenom, Anti-Venom, Mile Morales hood + vest (in costume), Ms Marvel lightning t-shirt + scarf 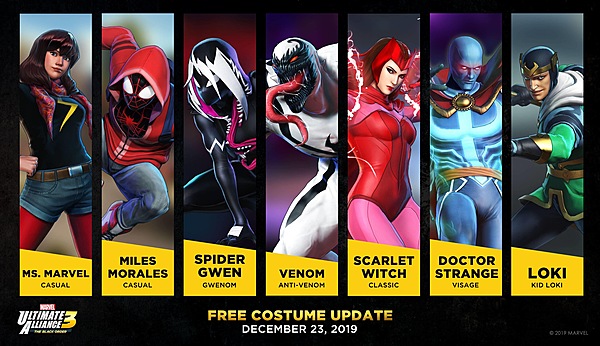 What was actually released: 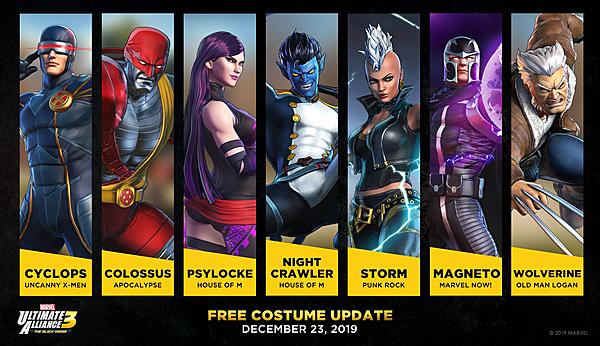 Check out the next round of Marvel Ultimate Alliance 3: The Black Order's DLC costumes

A new DLC trailer for Marvel Ultimate Alliance 3: The Black Order aired during the Game Awards yesterday, but it turns out the Japanese version actually had more content to check out. The end of the trailer featured the next wave of costumes for numerous characters, as you can see above. Free costumes for Colossus, Cyclops, Psylocke, Wolverine, Nightcrawler, Storm, Elsa Bloodstone, Magneto, Loki, Scarlet Witch, Ghost Rider, and Doctor Strange are on the way.

Nintendo of America tweets a reminder for The Game Awards, airing tomorrow at 5:30pm PT

Get ready to celebrate a great year in gaming by catching #TheGameAwards tomorrow at 5:30pm PT!https://t.co/JjUq56JoDi pic.twitter.com/abppZW2tJl

The Game Awards is one of the biggest nights in gaming, and it's just around the corner! The awards show will be airing live, starting tomorrow at 5:30pm PT. Game announcements and teases happen every year at the event from many different companies, and Nintendo is no stranger in participating. Last year, Joker infiltrated the theater, revealing him as the first DLC character in Super Smash Bros. Ultimate. Marvel Ultimate Alliance was also announced at TGA last year as a Switch exclusive title. Since Nintendo is now tweeting about the 2019 event, there is not much doubt that something will be revealed from them soon.

Could we possibly see another Smash character reveal? We don't have long to find out what Nintendo has in store for us. 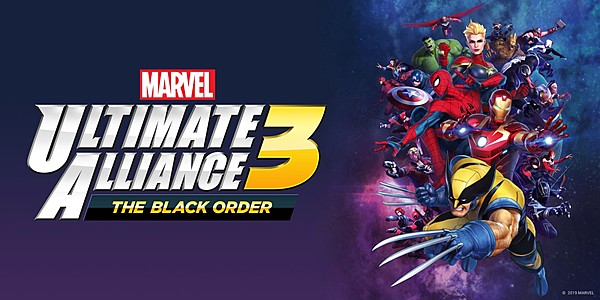 Following the release of the first DLC pack for Marvel Ultimate Alliance 3, many have been wondering when to expect more content. According to an update to the description of the game on the Japanese eShop, it appears we have quite a few months to go. Discovered by @Dredizal on Twitter, the X-Men pack will release on April 30th, 2020, and The Fantastic Four pack on July 31st. These are most likely placeholder dates, but it gives a good approximation of when DLC packs 2 and 3 will release. 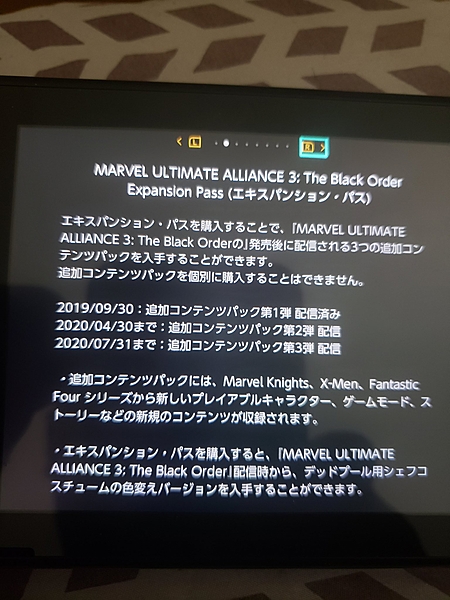 Prepare to step into the boots of Punisher, Blade, Moon Knight, and Morbius — the Marvel Knights join the alliance! These playable characters are part of the first of 3 DLC packs included with the MARVEL ULTIMATE ALLIANCE 3: The Black Order Expansion Pass, which also includes a new mode!

Marvel Ultimate Alliance 3 has released their first expansion DLC! Persia and Richie check out Curse of the Vampire and take on the gauntlet, suffer in nightmare mode, and try to unlock the new characters! 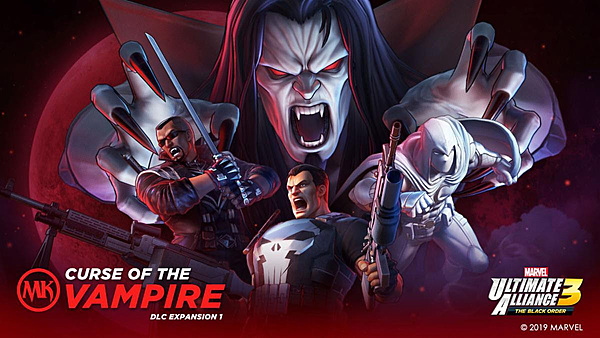 As you know, Marvel Ultimate Alliance 3: The Black Order has been updated to Version 2.0.0, which includes new free content, access to DLC, and more. Check out the full patch notes for this update below. 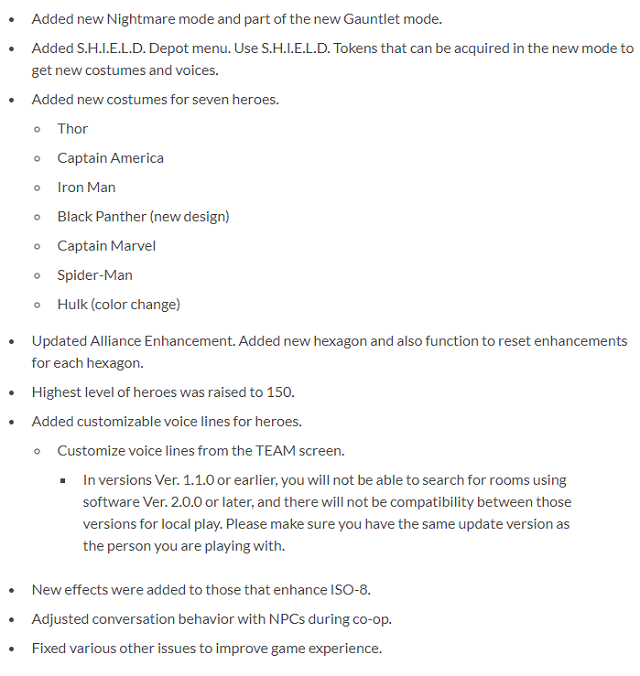 Prepare to step into the boots of Punisher, Blade, Moon Knight and Morbius - the Marvel Knights are joining the alliance starting today! These new playable characters are part of MARVEL ULTIMATE ALLIANCE 3: The Black Order DLC Pack 1 - Marvel Knights: Curse of the Vampire. DLC Pack 1 is included with the paid MARVEL ULTIMATE ALLIANCE 3: The Black Order Expansion Pass, which also includes a new mode. In addition to the paid DLC in Pack 1, a free update for anyone who owns the game is also available now. The update will add new outfits for Captain America, Thor, Iron Man and Black Panther, among others, as well as other free content like a more-difficult "Nightmare" story mode with new battle rules. 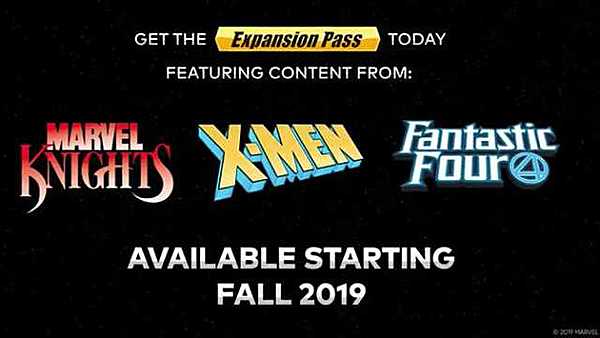 We know that Marvel Ultimate Alliance 3: The Black Order is getting three DLC packs, the first of which is available now. Who else is coming in those other packs? That's what we're waiting to find out, but with the addition of the first DLC pack, we may have an idea as to how many characters are coming.

The addition of the Marvel Knights DLC, a new row of character icons has been added. That row includes 13 slots altogether. 4 of those slots are taken up by the Marvel Knights, and then after that comes X-Men and Fantastic 4. Seeing as how X-Men and Fantastic 4 DLC will most likely include 4 characters, that includes one separate character as DLC. Altogether, so long as the slots equal out to the DLC coming, that means we have 9 characters to look forward to.

Sakurai looks back on his first interview with Iwata, and what it was like working alongside him
Jan 28, 08:50 by vinlauria Jan 28, 00:20 by socar
Nintendo re-ups trademarks for 39 existing games
Jan 28, 05:50 by smasher89
The Witcher author has not played the game adaptations
Jan 28, 04:49 by seansneachta
Not Tonight: Take Back Control Edition publisher has no idea if the game will sell well on Switch
Jan 28, 02:50 by jumpmanfr
Go for glory in the Tetris 99 11th MAXIMUS CUP Lunar New Year Challenge
Jan 28, 02:18 by autumnalblake