"Hey, you. Listen up. I've got something to report."

I made an instruction booklet for Fire Emblem: Three Houses! This Garreg Mach Monastery-approved booklet comes in three varieties based on the different houses. Take a look at this thread to see who worked on them! #fe3h pic.twitter.com/acYIoULq8L

Many of today's games don't include instruction booklets. They instead opt to include that information in a digital manual. It certainly makes sense and saves money, but those who grew up with the games of yesteryear find today's physical packages a bit lacking. While some lament the days of instruction booklets with every game, others decide to do something about it.

We've featured the work of Peter Everling in the past, who put together a gorgeous Splatoon 2 instruction booklet. Now he's back with his second effort, which focuses on Fire Emblem: Three Houses. You can see the fruits of his labor above, which are just as impressive has his Splatoon work. Unfortunately, it doesn't seem there are any plans to make these available for fans. We'll just have to admire from afar!

Thanks to Peter for reaching out!
Rating: 1 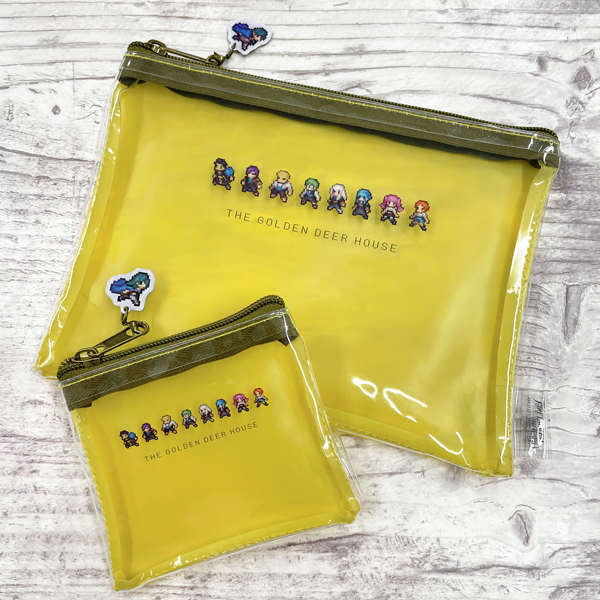 While Fire Emblem is popular worldwide, it seems Japan always gets the best merch. That's once again the case, as Intelligent Systems is launching a new line of goodies that will only be in Japan as far as we know.

Coming late March 2020, a set of Fire Emblem: Three Houses clear pouches will release. There are four different designs based on the game's four houses; Black Eagles, Blue Lions, Golden Deer, and Ashen Wolves. There are sets of two with bigger and smaller pouches, and they're priced at ¥2,500 a set. 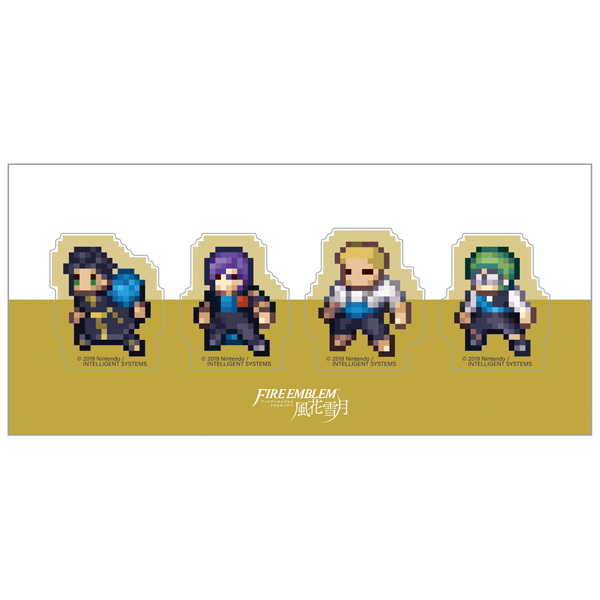 Along with that, acrylic clips featuring the game’s cast will release as well. Each set has four characters, and there are two sets per house, minus the Ashen Wolves. These clips are ¥1,300 per set.

Check out more pics of each pouch and clip here
Source: Link
Rating: 0

Fire Emblem: Three Houses is now the best-selling game in the franchise 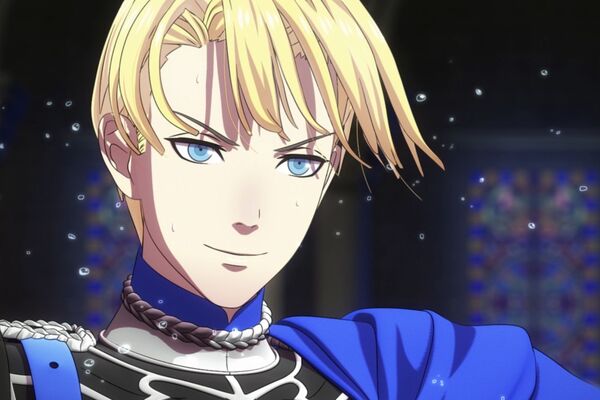 Fire Emblem: Awakening may have been the Fire Emblem game to help the franchise break through outside of Japan, but there's a new king of the hill for the franchise.

Nintendo's latest financial data has confirmed that Fire Emblem: Three Houses managed to move 3.02 million units worldwide, and that tally comes from June 2020. There's no doubt that total will continue to climb as well.

For those wondering, Fire Emblem: Awakening managed to sell 2.94 million units worldwide. Without that success, it's quite unlikely Fire Emblem: Three Houses would have been able to set this new record.

Fire Emblem: Three Houses "Sword of the Creator" keychain on the way 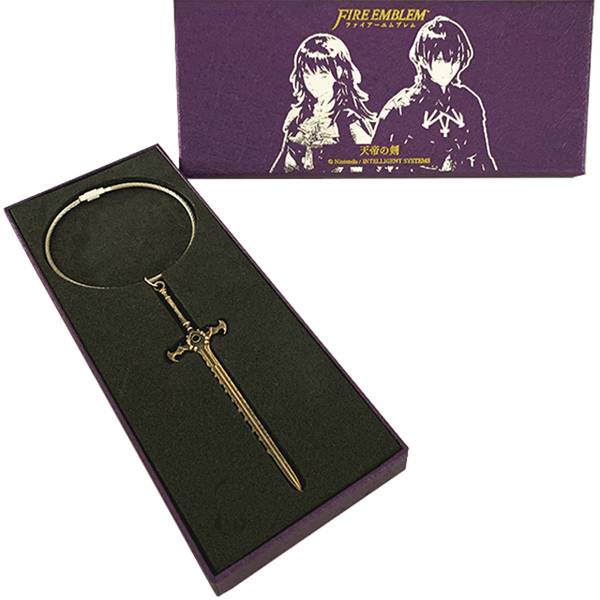 Intelligent Systems has revealed a small trinket that Fire Emblem: Three Houses fans should be pretty excited about. The company is turning the Sword of the Creator into a tiny, stainless steel and copper-forged keychain, complete with a special box featuring both the male and female Byleth. This item will be sold via the Fire Emblem online shop for ¥4,400, and pre-orders are open now. The item is set to ship out sometime in January 2021. 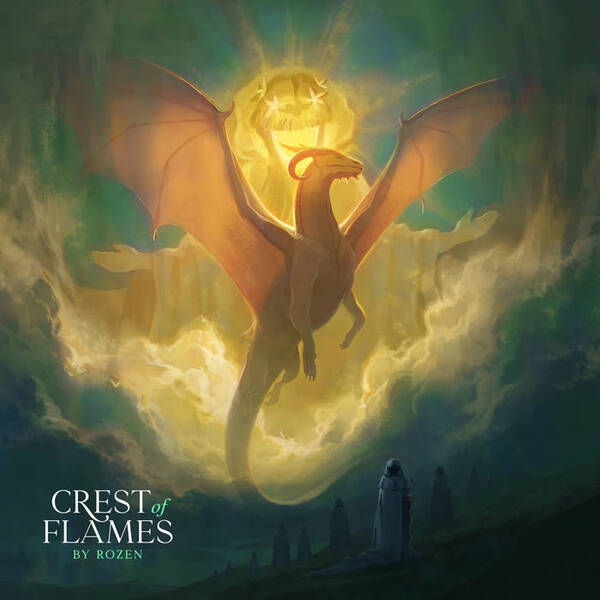 SEATTLE - October 16, 2020 - Materia Collective is excited to make available Crest of Flames, bringing ROZEN's epic stylings to the world of Fire Emblem. ROZEN--best known for his orchestral storytelling with the Billboard-charting Sins of Hyrule and The Keyblade War--focuses on the latest installment of Nintendo's acclaimed franchise with Fire Emblem: Three Houses, featuring nine tracks with vocal contributions by longtime collaborator REVEN and an ensemble performance by the Sofia Session Orchestra. A limited vinyl edition is in the works with pre-orders to be announced in the near future. Crest of Flames is available digitally today.

The track list for Crest of Flames is as follows:
01. Three Houses Main Theme
02. Life at Garreg Mach Monastery
03. Fódlan Winds
04. Awakening
05. Tearing Through Heaven
06. Chasing Daybreak
07. Unfulfilled
08. Between Heaven and Earth
09. The Edge of Dawn

"I loved the music from Fire Emblem: Three Houses, and after the success of my 'Fódlan Winds' single, I wanted to delve even further into the score," comments arranger and producer ROZEN. "I enjoyed the extensive choral writing and the recording process and was able to provide a greater blend of EDM and orchestral styles compared to my past releases. I hope fans enjoy it."

The Fire Emblem: Three Houses Original Soundtrack will include 8 hours of music on 6 CDs, featuring all the tracks from the main game, as well as the DLC. There will be several versions of the main theme included among the tracks.

The release also includes a DVD, a 20 page booklet (full color), and a hologram case that allows you to change the illustrations on the box. The Limited Edition includes a set of 4 postcards, and a music box that plays the main theme.

As for the DVD, it includes sound elements that could not be included on the CDs, such as BGM and jingles. The illustration on the jacket was drawn by character designer Chinatsu Kurahana.

A stylish set of bags and more
14 September, 2020 by rawmeatcowboy | Comments: 0 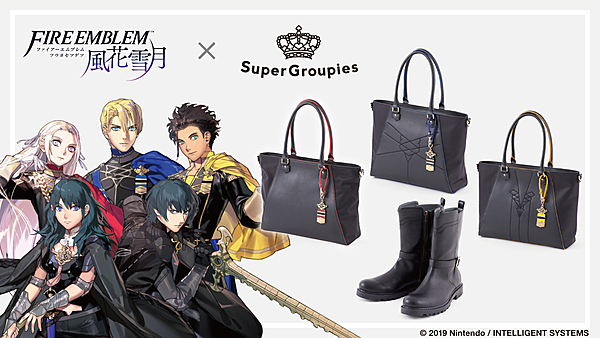 We have an impressive 10-item lineup of bags, wallets, and shoes uniquely inspired by Byleth, the Black Eagle House, the Blue Lion House, and the Golden Deer House.

This versatile 2-way tote bag is inspired by Byleth. On the front of the bag is the engraved design taken from Byleth’s in-game cloak. The metallic charm with tassel is a faithful reproduction of female Byleth’s costume detail. The lining design inside all three pockets also features a printed pattern modeled after the carpet in Byleth’s room.

This versatile 2-way tote bag is inspired by Edelgard. Modeled after her outfit, the bag is primarily black with hints of red for accenting. Both sides of the bag feature embroidery modeled after the crisscross design on the chest area of Edelgard’s outfit. The bag comes with a faithfully reproduced metal charm based on the clasp attachment of Edelgard’s cloak.

This versatile 2-way tote bag is inspired by Dimitri. Modeled after his outfit, the bag is primarily black with hints of blue for accenting. The bag comes with a faithfully reproduced metal charm based on the clasp attachment of Dimitri’s cloak. Inside the bag, you will find a tag which features the Blue Lion House flag. The lining design uses a printed pattern modeled after the carpet in Dimitri’s room. 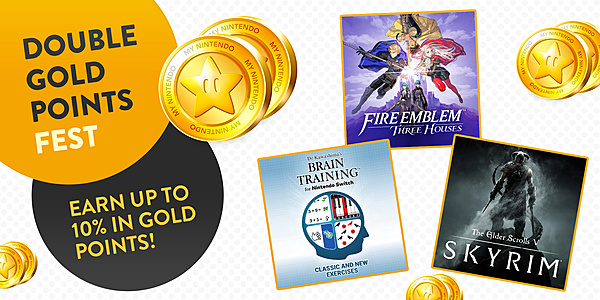 Snipperclips, Dragon Quest XI, and Layton’s Mystery Journey: Katrielle and The Millionaires’ Conspiracy DX were added to the line-up last week, and are still available as part of the promotion.

Receive a 5-star Byleth in Fire Emblem Heroes if you own a copy of Fire Emblem: Three Houses

Players who purchase the #FireEmblem: Three Houses game can receive a 5★ version of Byleth: Tested Professor as a promotional gift until June 29, 2020. Please visit the How to Obtain the Promo Bonus section of the official website for more info. #FEHeroeshttps://t.co/MyhoL5PcWJ pic.twitter.com/kYIROvCwPR 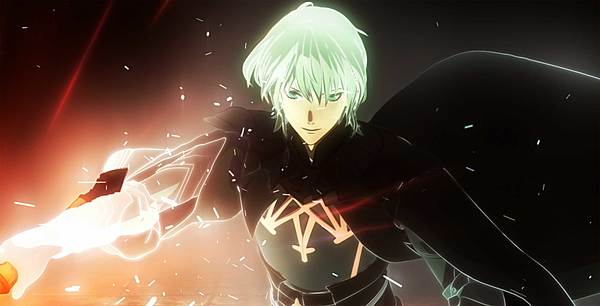 No matter how much time developers put into a game, there are always things players will do that is completely unexpected or unintended. The developers behind Fire Emblem: Three Houses are seeing that play out now, and they couldn't be happier.

In an interview with Nintendo Dream, Director Toshiyuki Kusakihara talks about seeing these unique ways of playing pop up on social media. Check out Kusakihara's comments below, courtesy of a translation from Oni Dino.

Social media nowadays makes it easy to see people’s reactions, so something we realized is that people are enjoying the game in ways far beyond what we imagined. So first and foremost, we have to say thank you to all the fans for loving this game as much as they do. People are really finding out different ways to enjoy the game – we see the screenshots people upload and it surprises us every day. (Laughs) I mentioned earlier how it felt like the game had a life of its own, but the expanse of the world of Three Houses has exceeded our expectations and it feels like we’re handing it off now, in a sense. It’s a little sad, but that’s how I know we’ve really created something so special. Nothing would make me happier than seeing people’s love for this game for many more years to come.