Four more titles are up for preload on the Switch eShop in Japan as of today. Check out the rundown of what's up for grabs below.

MotoGP 19 is going to see release on Switch in Japan, courtesy of Oizumi Amuzio. The title is set for release on Sept. 27th, 2019, and is priced at ¥8,618. The Switch version is only going to release digitally in Japan.

Pick your favorite bike, challenge a new generation of opponents, create your own lobby or join the public ones. Improve your skills and prove to be the best rider on the new MotoGP19 Multiplayer Mode. MotoGP™19 will be available on Switch June 27th.

Improved in multiple areas
21 May, 2019 by rawmeatcowboy | Comments: 1 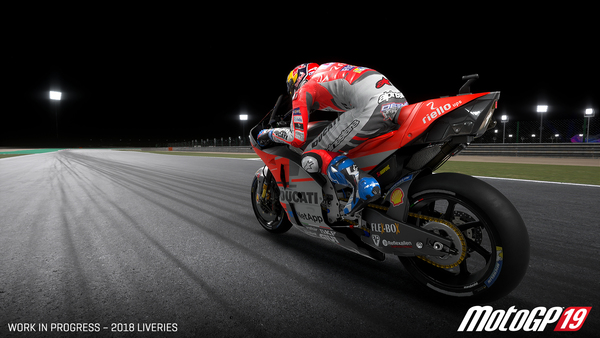 Earlier today we learned that MotoGP 19 was ditching online play in the Switch version for 8-player local multiplayer. Wondering what else is new in the game? Here's some info straight from Milestone's game designer Alessandro Ciavola and PR Manager Francesco Corona.

MotoGP 19 won't include online play on Switch, opts for 8-player local multiplayer instead 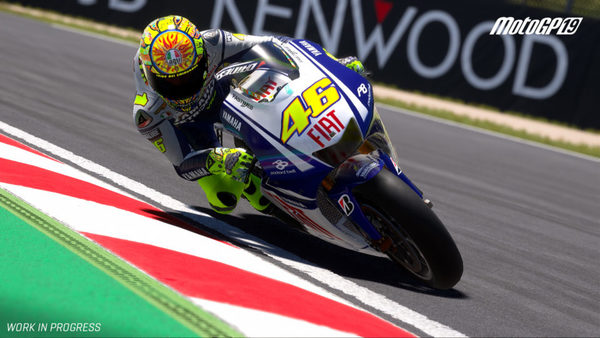 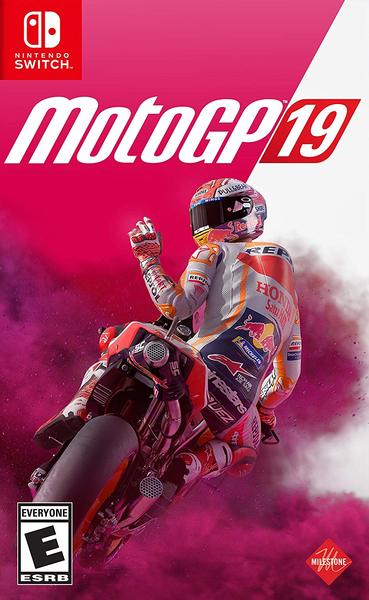 MotoGP returns for 2019 with its greatest iteration yet. With the best riders, powerful bikes, and most famous tracks perfectly recreated down to the smallest detail, MotoGP19 celebrates the motorsport with brand-new elements!

Get ready to relive the greatest emotions of MotoGP™, with the riders who wrote its history. This year, MotoGP™19 takes you back to the past. Warm up the engines, the Historical Riders have finally arrived!

Get ready to relive the greatest emotions of MotoGP™, with the riders who wrote its history. This year, MotoGP™19 takes you back to the past. Warm up the engines, the Historical Riders have finally arrived!

The official videogame dedicated to the most famous racing championship in the world is ready, more than ever, to give you roaring emotions even this year. Warm up the engines and get ready for the greatest gaming experience on two wheels. MotoGP™19 will be available from June 6th for PS4, Xbox One and PC / Steam. The Nintendo Switch version will arrive a few weeks later.

To provide the community with the most difficult challenge, it was necessary to introduce a new paradigm, a revolution. Milestone and Orobix, a company specialized in artificial intelligence engineering solutions, worked for more than 2 years in a revolutionary system of artificial intelligence based on neural networks. The result? An incredibly fast AI with extremely realistic behavior.

With the new dedicated servers, the multiplayer experience in MotoGP 19 will be incredibly fluid and rewarding. No waiting, no excuses in case of defeat! Along with better performances, the multiplayer mode now gets a new Race Director mode, to make online challenges with friends even more attractive.

A leap to the legend

One of the most beloved game modes for MotoGP fans is back. With the historic challenges, players can put themselves in the boots of the legendary pilots and live again the rivalries that made history in MotoGP!

A style for each pilot

In MotoGP 19 there are many new tools to make a unique pilot, choosing between the largest selection of the most loved accessories and brands; With graphic editors, you can create your own design helmet like the real MotoGP champions and design lower racing numbers and back patches.

A new kind of competition

As in the real MotoGP 2019 season, this year marks the start of the new FIM Enel MotoE World Cup, where zero-emission motorcycles will challenge some of the most famous MotoGP circuits.

After two successful editions, Dorna and Milestone also confirm for this year the MotoGP eSport Championship, where players from all over the world will try to win the title of World Champion.

This third edition of the MotoGP eSport Championship will have a renewed formula to make it even more spectacular and competitive; More information will be shared later this year.