The Tokyo Game Show might be online-only this year, but that doesn't mean the merch fun has to stop. TGS 2020 Online is going to offer up some exclusive swag for fans of Kirby and Cuphead.

The big show's Kirby merch will focus on Kirby Super Star, and the lineup includes a t-shirt, as well as a towel and cleaning cloths. You can check out the items in the gallery above.

As far as Cuphead goes, the merch line is mostly focused on apparel. There are a number of shirts included, along with a backpack, and a set of Cuphead and Mugman plush dolls. 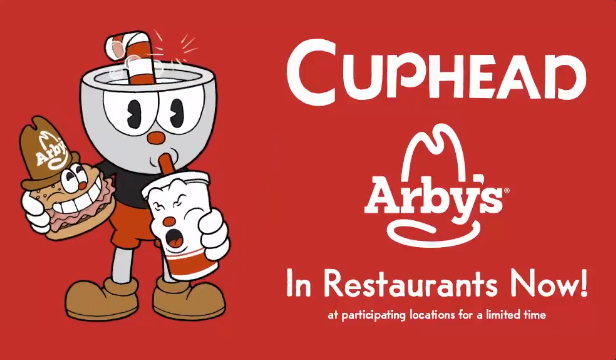 Did you know that Arby's had kids meals? I didn't until just a few minutes ago. I guess it's a staple for fast food restaurants, just like the toy that's always included.

Arby's latest kids meal is including some toys that Switch owners might be interested in. The Arby's Twitter account has announced a Cuphead collab, so for a limited time, you'll be able to get some Cuphead toys in those kids meals. Arby's specifically said meals will include "papercraft versions of the Inkwell Isle's fiercest bosses," so that should give an idea of what to expect.

Thanks to Dondom95 for the heads up!
Submitted by: dondom95
Source: Link
Rating: 1 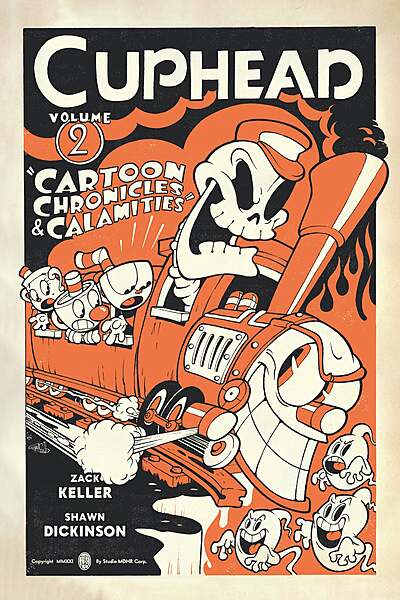 Darkhorse is continuing on with their Cuphead graphic novels by revealing Cuphead Vol. 2: Cartoon Chronicles & Calamities, which is due out March 2nd, 2020. The graphic novel is priced at $11 and is again written by Zack Keller and drawn by Shawn Dickinson. Check out the official preview for the release below.

The trio can't seem to catch a break as they find themselves in a plethora of peculiar positions and side stories in the all-cartoon magical wonderworld of the Inkwell Isles! This original graphic novel features fresh new tales, all authentically drawn to match the glorious, award-winning vintage animation style of Cuphead!

If you want to see some preview pages from Volume 2, you can check out a gallery via IGN. 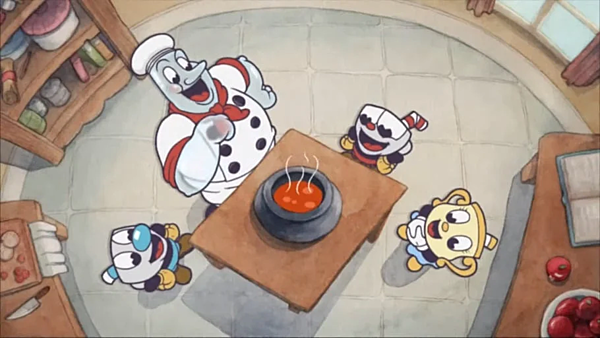 As we learned earlier today, Cuphead's Delicious Last Course DLC isn't quite done yet, and it's taking more time than originally anticipated. There's a lot of hard work going into this DLC, and a lot of passion as well.

In an interview with Geoff Keighley, Studio MDHR COO Maja Moldenhauer explained what's been going on behind the scenes with the DLC.

“This year kind of just threw everyone for a loop, and we’re still working on it. In true Cuphead fashion, it’s taking us a little longer than we thought, but we want to make it a memorable experience. To be honest, I think that we ultimately probably announced it a little bit too early based on when we actually put pencil to paper, but at the end of the day, we want it to be a fulfilling experience and live up to Cuphead and it will come out when it’s ready.

We did share that little teaser last year, but ultimately we want fans to be surprised by what’s coming. I can say that we’ve learned so much from the development of Cuphead, and the whole team has really honed in on their craft. We’ve improved things right from design right through to animation. I think one of the things that people can expect is some of our most detailed and complex animations that we’ve ever done. We’re really excited for fans to see it, but other than that, we’re gonna have to wait a little bit longer to share more.

In last year’s teaser, we got a glimpse at a couple of new bosses and a new playable character, Ms. Chalice, which is not just a new suit that you put on Cuphead or something – she’s a totally new character, different movesets and patterns, and you can also go back and play the entire game as Ms. Chalice. It’s shaping up to be really cool. We’re so excited for people to see it, but again, we want it to be a surprise and so we’re staying a little bit tight-lipped in terms of sharing any more than that.” 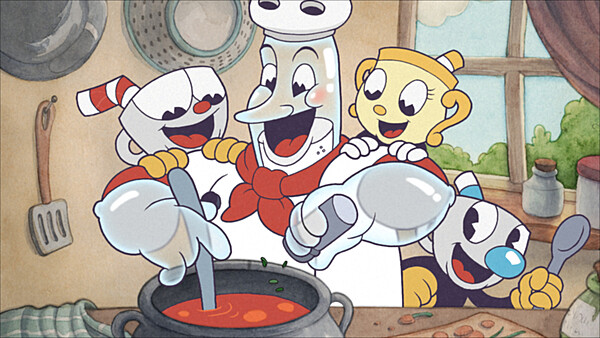 Studio MDHR is still toiling away on Cuphead's "The Delicious Last Course" DLC, but things aren't ready quite yet. The company has said that they're working hard on it, but things are taking longer than they expected.

In an interview with Geoff Keighley, Maja Moldenhauer of Studio MDHR said the game’s DLC will be available on all platforms on day one. The plan is still get this DLC out in 2020, so hopefully we see release date info soon. 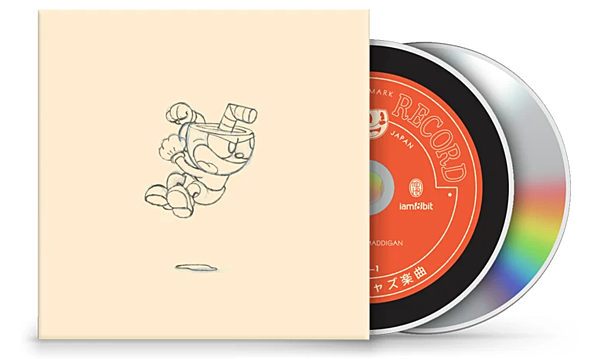 The rollicking, lively jazz of Cuphead is a musical institution of modern game soundtracks… which is a bit of an oxymoron, considering it is truly a blast from the past. It’s a score that defies convention, boasting a 1930s style big band luster that can only be achieved by recording super talented humans playing actual old-school instruments in a studio. The tunes have become so popular globally that StudioMDHR and iam8bit Japan teamed up to release a 2-CD set, featuring — for the first time ever — composer Kris Maddigan’s extensive liner notes, because he’s simply never written down his thoughts on the inspiration for and creation and recording of the Cuphead soundtrack until... right now!

The Cuphead CD Set: Songs and Sketches bundle will ship out sometime in Q4 2020, and it's priced at $40. Grab your preorder here!

Take an inside peek at the intricate, nostalgic design of The Cuphead Show! pic.twitter.com/EF0kpAi973

Take an inside peek at the intricate, nostalgic design of The Cuphead Show! 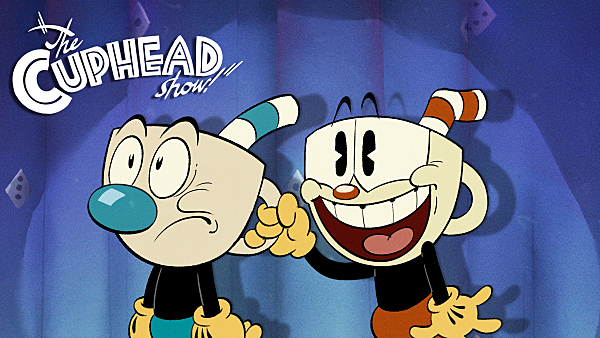 The Cuphead Show! was announced for Netflix back in July 2019, and we haven't really heard a peep about it since. For those waiting on new details, it seems like we could get a deluge of info soon.

It seems the show will have some sort of presence at the Annecy Animation Festival in June, as a new promo image and few tidbits have been shared. According to the info on the Annecy site, the show's first season will feature 11 episodes, each clocking in at 10 minutes. The target audience will apparently be kids and families alike.
The Cuphead Show! is produced by Netflix Animation and King Features, with Emmy and Annie winning producer Dave Wasson (Micky Mouse Shorts) executive producing, and “Rocko’s Modern Life: Static Cling’s” Cosmo Segurson co-executive producing. 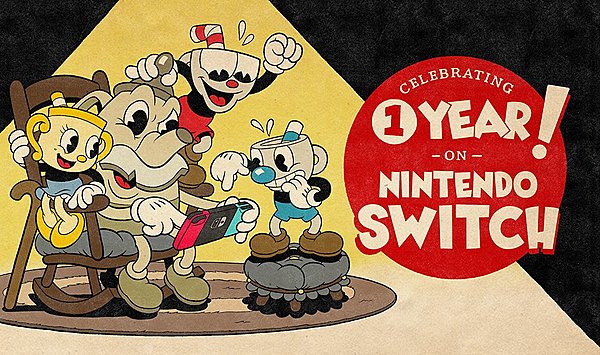 Can you believe its been a full year since Cuphead launched on the Switch? Time flies when you're getting your ass beat by endless bosses!

In honor of the game hitting its 1-year Switch anniversary, Studio MDHR is putting the game on sale for 25% off. That means you can get the game for just $15! This deal lasts until April 25th, 2020, so don't hold out too long.

Thanks to Dondom95 for the heads up!
Submitted by: dondom95
Source: Link
Rating: 5

Ride along with both Chad and Jared Moldenhauer as they watch and react to SBDWolf's incredible 'All Bosses' speedrun of their game.