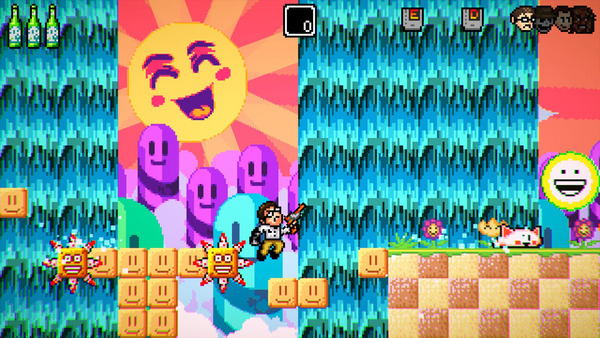 Angry Video Game Nerd I & II Deluxe has been updated to Version 1.2. Check out the patch notes for this update below.

– Fixed softlock during transition to the Final Tower on high difficulties
– Adjustments have been made to checkpoints, so progress isn’t accidentally lost when collecting items
– Fixed occasional strange physics when wall jumping and/or running on conveyor belts or dead Santas
– Other minor gameplay tweaks

The Angry Video Game Nerd has been sucked into Game Land! It's up to you to guide him through three terrible and treacherous retro game worlds!

The Angry Video Game Nerd has made his way to Switch! You can get both AVGN games in one package today, all for just $15. Learn more about what the Nerd has to offer in the press release below.

Screenwave Media and developer, Freak Zone Games, have officially launched fan-favorite pixel shooter, The Angry Video Game Nerd, on PC and Nintendo Switch! AVGN Deluxe is gonna take you back to the past... again!

The remastered collection brings you every stage from both of the famously tough action platform games, plus an all-new never-before-seen final chapter to bring the experience together for the ultimate ride in nerd rage.

Improved Level Design and Difficulty Options! Both games are infamously hard-as-nails, but Normal and Easy difficulties come with infinite lives, so take as many attempts as you need to beat the challenge.

Quality of Life Improvements! Faster respawning when you die (which will be often) has never been more appealing. There’s also multiple save slots and accessibility options.

Surprises! Perhaps you've never played either of these games, perhaps you're new to the sequel, or maybe you have spent years achieving the world speedrun record for both, but whatever your experience with the series, there are plenty of surprises in store for you!

New Chapter, Completing The Story! "Wait, the game had a story?" Yes, kinda, and now there’s more of it! Beat both games to unlock the epic finale.

AVGN Deluxe is available now on PC and Nintendo Switch for $14.99!

The Angry Video Game Nerd has been sucked into Game Land! It's up to you to guide him through three terrible and treacherous retro game worlds!

He's gonna take you back to the Switch
30 September, 2020 by rawmeatcowboy | Comments: 0 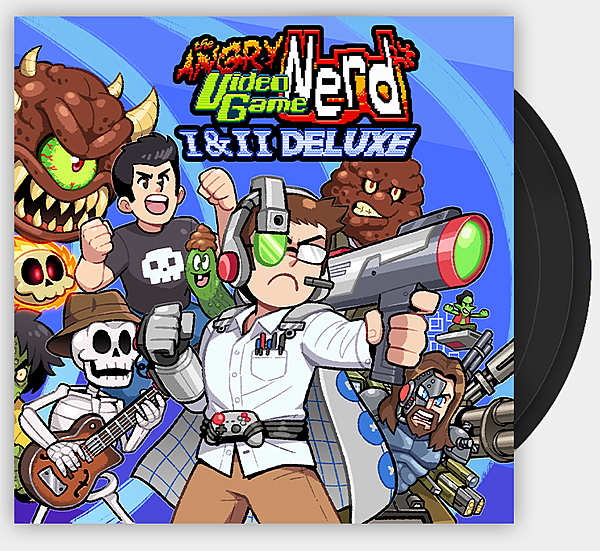 Along with that, a whole new round of merch related to the games has been made available. There's shirts, pins, and more, including the vinyl soundtrack you see above. If you want to sift through all the different goodies, you can find them here. 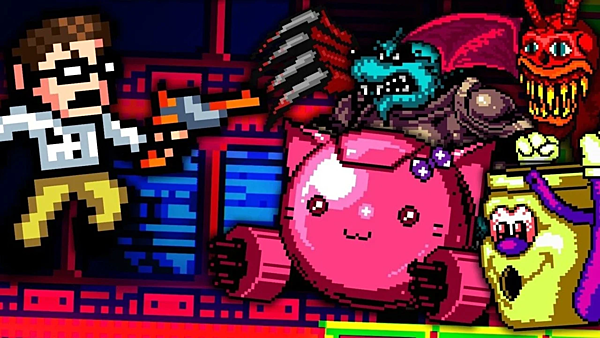 According to James Rolfe, Angry Video Game Nerd I & II Deluxe will be releasing for Switch sometime in Sept. 2020. That's the digital release, but a physical option is also coming later down the road. We'll bring you a date for that when one is shared.

Along with that, Angry Video Game Nerd I & II Deluxe will see an official soundtrack release as well. This is going to be a vinyl release, with details shared on preorders and more later. 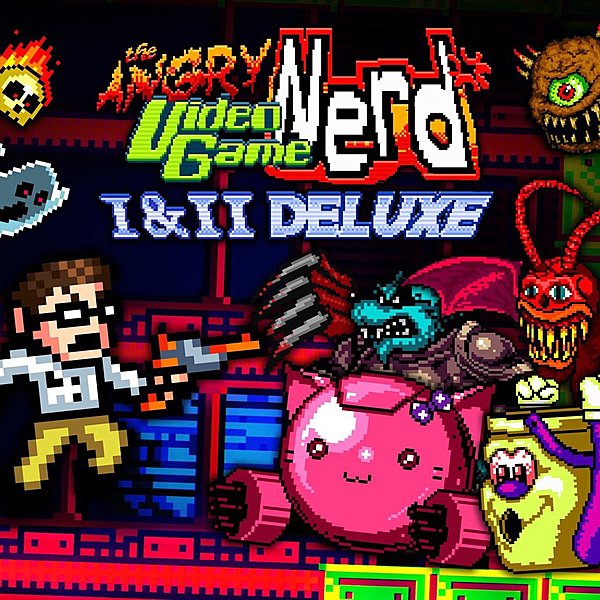 This is the first public hands-on demo of The Angry Video Game Nerd I & II Deluxe , a remaster featuring rebalanced levels, additional content, and more mayhem. Cinemassacre's James Rolfe and Mike Mattei , the core creative team behind The Angry Video Game Nerd web series, are working directly alongside UK-based original developer, FreakZone Games, to create the definitive version of the games which were initially released in 2013 and 2016 on Steam, Nintendo WiiU, and Nintendo 3DS.

FreakZone Games’ Sam Beddoes will be at the Screenwave Media booth greeting players and press. Screenwave Media will also feature Iron Meat , Eagle Island , and debut Lume and the Shifting Void in the EGX Rezzed Zone.

In its public pre-alpha debut, Howltide’s Lume and the Shifting Void features Lume - a pizza courier in a sci-fi cyberpop pixel romp as she rids the planet from an ever-growing other-dimensional threat from THE VOID. Armed with her trusty(?) & experimental Holostrikers -blast, punch, dash, and blink your way through legions of ethereal threats to stop a catastrophe!

Angry Video Game Nerd I & II Deluxe will include reworked visuals and gameplay for the first game, but also retains the original layouts 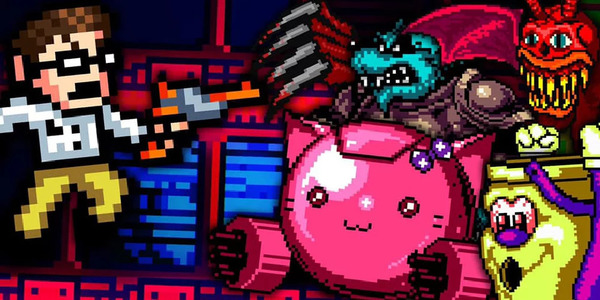 It sounds like the developer for Angry Video Game Nerd I & II Deluxe is out to make these versions of the games the best ones yet. In an interview with Dtoid, Sam Beddoes of Freakzone Games pointed out that the first game in the two-game lineup is getting a lot of revamping. That said, if you don't like the changes to mechanics and difficulty, you can still play things as they were in the original release.

"My intent is to make a game that's hard, that stays true to the kinds of scab-picking frustration that 'The Nerd' expresses so well in his videos, but I can also take criticism. When I hear that players aren't having fun with a game I made, I want to take that feedback and use it to build my skills. This new version of AVGN Adventures has a lot of improvements, both visually and technically. It's still hard. It's just hard in a more fun way, at least in my opinion. And if you liked the original level designs, you can play it that way too. Giving players options is always a good thing."

A few months back, we heard word that Angry Video Game Nerd I & II Deluxe would likely see release on Switch. Today things changed from 'likely' to confirmed. As you might have guessed, this Deluxe version includes both the first and second AVGN games. No word on release date or price point at this time.

Some say “hard” we’re saying “rewarding!” Why? Because every check point you get, every boss you beat, every accomplishment is earned. You feel like like a stud. This is a game that allows you to brag to your friends if you beat it.

Yes, this is the official The Angry Video Game Nerd game!

When a mysterious beam from space changes the world into a video game, the angriest gamer you’ve ever heard must return to put the “ASS” in ASSimilation! Experience the classic, NES-hard challenge you’ve come to love, mixed with new mechanics, abilities, and collectible armor pieces that the Nerd must utilize in order to defeat his most challenging foe yet. This time the Angry Video Game Nerd isn’t just saving his friends — he’s saving the world!!!