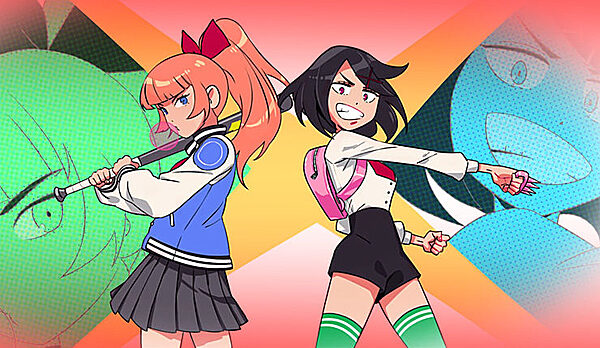 Today during Limited Run Games' showcase, the company teased something tied to River City Girls. They didn't outright say that a physical release is coming, but that's kind of Limited Run Games' thing! What else could be in the works? WayForward isn't ready to say, but they're certainly willing to tease a bit more.

WayForward followed up the LRG news by saying that "more RCG action is on the way." The company also said that they don't have any more details to share at this time, but to stay tuned for updates in the future. 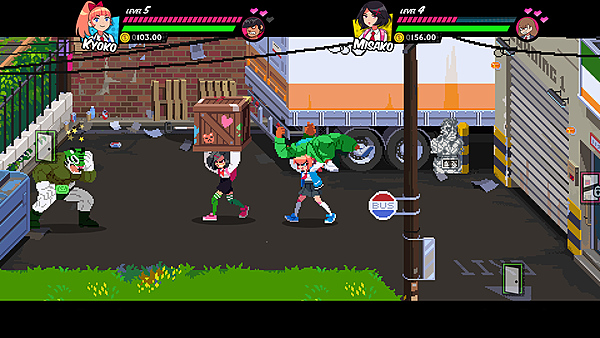 An update is now available for River City Girls on Switch. We don't know the version update, but we do have details on what the patch includes. Check out the notes below.

River City gets an upgrade
18 January, 2020 by rawmeatcowboy | Comments: 6 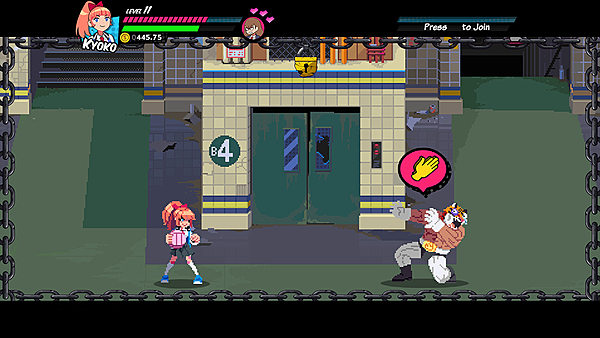 The Switch version of River City Girls will be getting a patch in the near future, and among other things, it changes up the game's secret ending. Those who meet the criteria for getting the special ending will notice that dialog has been changed, and new comic images are included.

The patch will also let players hold down the action button to talk to people or visit a new area, which is definitely a welcome change. Finally, the patch makes sure all books work, and an unlockable character' combo has been fixed to keep them from disappearing off screen.

The critics have spoken, and they're calling River City Girls "one of the most beautiful beat-'em-ups in recent years" and "everything a brawler should be"! Join Misako and Kyoko in hard-hitting, hot-blooded, co-op action as they punch, kick, throw, and dab their way across the mean streets of River City in an attempt to rescue their missing boyfriends, Kunio and Riki! Rated E10+, River City Girls is available now on Nintendo Switch, PlayStation 4, Xbox One, and PC! 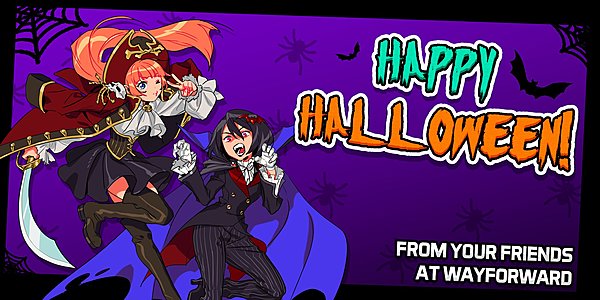 Halloween may be over, but that doesn't mean we can't enjoy some more Halloween-themed art! WayForward put together a special piece of art to celebrate the holiday, and if featured the fantastic beat'em-up, River City Girls. Too bad these costumes aren't available in game!

One of the best soundtracks of the year
11 October, 2019 by rawmeatcowboy | Comments: 0 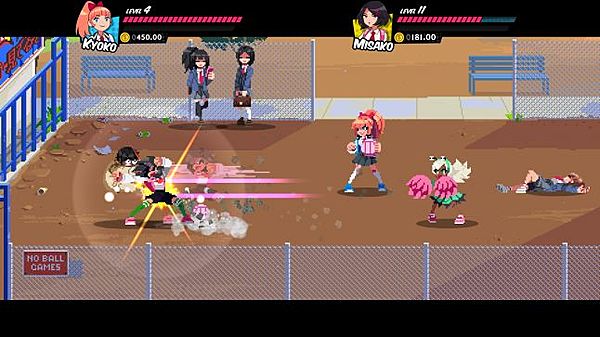 WayForward games are known for looking gorgeous, playing great, and sounding amazing. River City Girls certainly nails the first two elements, but it absolutely kills it in the music department. How in the world did WayForward once again piece together an amazing soundtrack for their latest game? Check out what WayForward's Adam Tierney had to say in a Gamasutra interview.

There are 62 incredible music tracks in River City Girls, and a whopping 50-ish of them are by Megan McDuffee. I’d never worked with Megan prior to this game, and she blew us away with her very charismatic ‘80s-style synthpop compositions and her silky smooth vocals. Megan really went all out on the game’s soundtrack, and we knew that would be critical for a game like this, which relies so heavily on its own unique style and personality.

In addition to Megan, industry vet Chipzel composes our boss battle songs; I wanted those to have a rougher, chunkier feel compared to Megan’s stage compositions, and Chipzel nailed that goal. Dale North, a good friend of mine and celebrated composer, crafted the retro game tunes for our arcade stage. And finally Nathan Sharp (aka NateWantsToBattle) and Cristina Vee, who also cast and directed our game’s VO, contributed RCG’s intro and end credits songs.

My advice to other studios would be to try out new talent. I’ve never had a soundtrack to one of my games get accolades like this one, and it’s essentially the first time I’m working with Megan, Chipzel, Dale, and Nathan. There’s nothing wrong with sticking with the artists you know and love, but if you know you want a very different sound (like we did on RCG), try out some very different musicians.

Damsel in distress no more
18 September, 2019 by rawmeatcowboy | Comments: 8 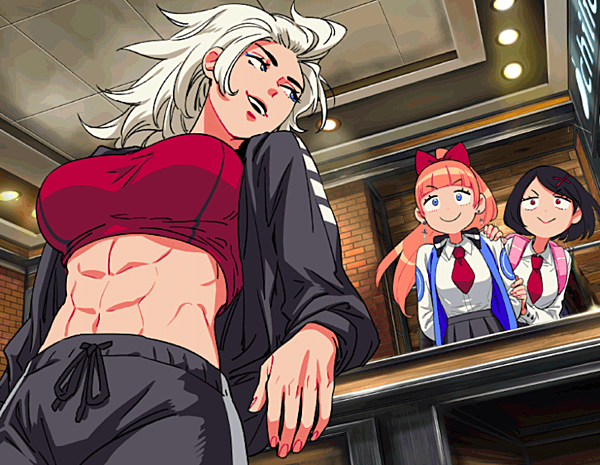 River City Girls is all about putting the woman front-and-center, and making them badass, instead of once again being fodder for the big bad guys. That even goes for some of the supplemental characters, including a cameo you might not have noticed your first time through.

“It seemed like her whole character was just ‘gets punched in the stomach and kidnapped. Needless to say, Marian’s not taking that shit any more.”

Looks like Marian is more than ready for a starring role in the next Double Dragon game. Perhaps she can save Billy and Jimmy this time!

WayForward and Arc System Works have teamed up to breathe new life into the River City franchise with River City Girls. Is this just a gender-bent take on the franchise, or does it provide its own unique flair? 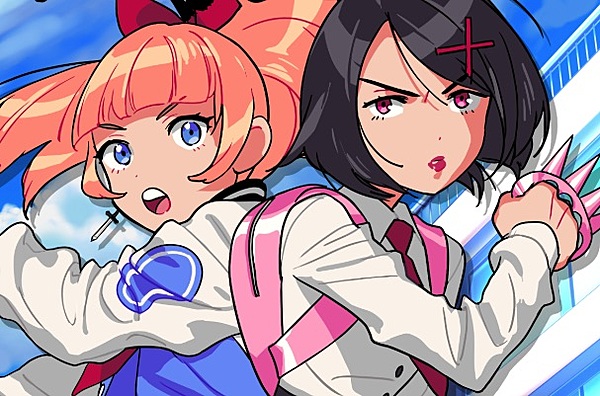 River City Girls is out now on Switch, and the marriage between WayForward and Arc System Works seems like a match made in heaven. The two teamed up to revamp the River City franchise in a big way, all while staying true to its roots. The end result is something that should leave newcomers and longtime fans dazzled.

There's a lot of games coming out right now, which makes it easy to miss some of the smaller but excellent ones like River City Girls on Switch.