Yooka-Laylee and the Impossible Lair has been available for quite some time, but the gang at Playtonic knows that millinos of new Switch owners are going to be joining the fray this holiday season. Why not take advantage of that and spread the word on their latest game once again? Check out a new trailer for the title above. 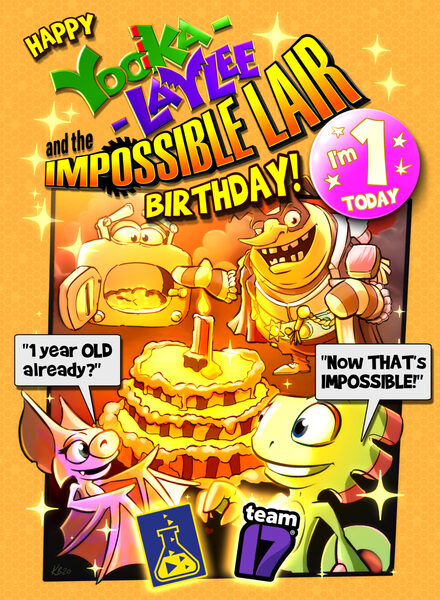 Believe it or not, it's already been a year since Yooka-Laylee and the Impossible Lair hit the Switch. To celebrate the occasion, Playtonic is offering a special sale and a comic strip! Read up on both below.

Team17 and Playtonic Games are celebrating a year of Yooka-Laylee and the Impossible Lair, which released on 8th October last year for PC, PS4, Nintendo Switch™, and Xbox One. Aside from a well-deserved birthday cake for Yooka and Laylee, Playtonic has created a special comic strip to commemorate the occasion, featuring an original story in the universe of the colourful duo.

Throughout this week Playtonic has been sharing pages of a brand new comic strip via their social media channels, telling the story of a mysterious fire in the forest that disturbs Yooka and Laylee’s gaming time. Veteran games artist Kev Bayliss, who worked on both Yooka-Laylee and the Impossible Lair and the original Yooka-Laylee, has produced the comic strip, which reintroduces Trowzer the Snake, Rodney the Blamphibian, and other characters from the series. Playtonic is also sharing highlights from the speedrunning community playing through the 2D platformer as well, which has been a hit with speedrunners since it launched 12 months ago.

To top it all off, Yooka and Laylee can also be seen in some special artwork celebrating the birthday of the game with their very own cake, and players who have yet to experience the adventure can purchase the game on Nintendo Switch at a 60% discount until 11th October.

Playtonic watches as a speedrunner destroys their game
18 August, 2020 by rawmeatcowboy | Comments: 0

Join us for a speedrunning livestream where game developers and speedrunners who know their game engage in a spirited exercise. Watch dev Chris Sutherland commentate while runner Davesterio runs through Yooka-Laylee and the Impossible Lair. See how runners find the tricks that developers use to make the game functional in order to beat the game at top speeds! 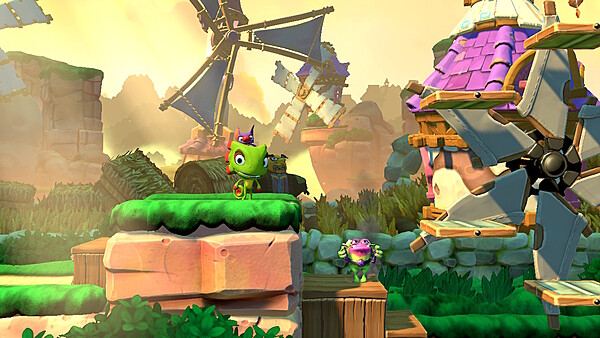 Yooka-Laylee and the Impossible Lair is one of the best platformers on Switch, and is totally worth the $30 price tag. If you didn't want to bite at that price, perhaps now is the time for you to dive in. In both Europe and North America, the game is 33% off, making it just a hair over $20. No word on how long this deal lasts, so don't wait too long!

Join Playtonic Games as they watch and react to TheShadedMaster's incredible 16 minute playthrough of their latest game. 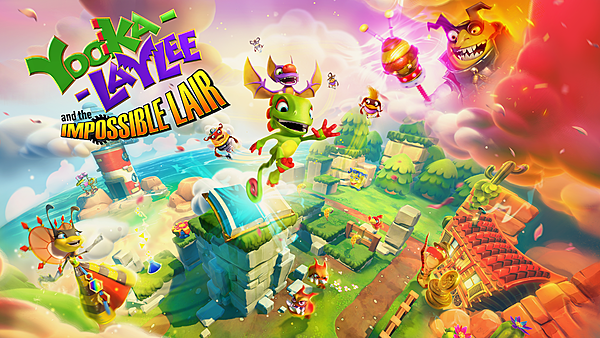 Team17 and Playtonic Games have today launched a brand new, free content update to the critically acclaimed Yooka-Laylee and the Impossible Lair!

No 'Bee Shield', no checkpoints. The “Golden Try” tonic can now be earned through this version of the Lair, without the need to restart the save.

The Not So Impossible Lair

Each section of the Lair now ends with a checkpoint. Checkpoints save your best “bee shield” score. You can select which checkpoint you start from, and your highest bee shield score will always be saved. E.g., you previously cleared a section with 10 bees remaining. You select the checkpoint and clear it with 12 bees remaining. Your bee progress stays saved, so you have more bees for later sections.

Players can now choose to hear the 2D level music in 8-bit chiptune, thanks to the work of Tatertottunes. This option can be found in the menu. 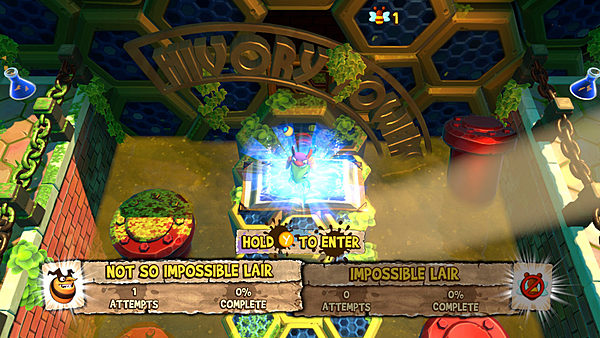 Playtonic has been working on some special updates for Yooka-Laylee and the Impossible Lair, and they're coming to the game on April 14th, 2020. Check out full details on what's being added below.

YOOKA-LAYLEE AND THE IMPOSSIBLE LAIR

Flip the switch and choose how you tackle the Impossible Lair!

Not So Impossible Lair

Each section now ends with a Checkpoint (Checkmates, technically). Checkpoints save your best “Bee Shield score”, meaning you can choose which sections to start from, practice and improve on! Using these checkpoints is entirely optional.

No Bee Shield, no Checkpoints! The “Golden Try” Tonic can now be earned this way – no new save file required.

The brilliant Tater-Tot Tunes has composed an entire 8-Bit Soundtrack covering every 2D level in the game. To access it, simply find it in the pause menu once the update is live. If Chiptune is your thing, you’re in for a real treat!

Once again, we’ve teamed up with Materia Collective! This time they’re bringing the 8-Bit version of the Yooka-Laylee and the Impossible Lair soundtrack, “Retro Remix”, to a music streaming service/store near you! Pre-Save the album on Spotify or Apple Music and have it ready to go for the 14th!

You can expect this update to hit your platform of choice on Tuesday the 14th of April.

From the 9th-19th April, if you own Yooka-Laylee on Switch, you can purchase Yooka-Laylee and the Impossible Lair for a whopping 50% off. Wahey!

We’re looking into ways we can accommodate Yooka-Laylee owners who play on other platforms with similar deals. Keep those googly eyes peeled.

You can learn more about Yooka-Laylee and the Impossible Lair on this dedicated webpage. Have a look at the reviews as well, they’re ace.

Thanks to Sligeach_eire for the heads up!
Source: Link
Rating: 1 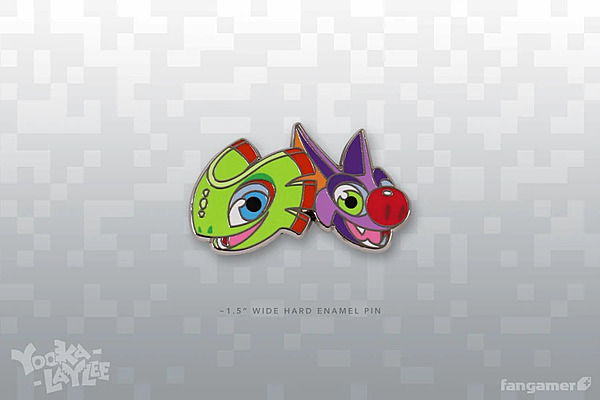 Yooka is the green one; Laylee is the wisecracking bat with the big nose. In this case they've both been combined into one, official Yooka-Laylee hard enamel pin designed by Versiris, who also designed our Yooka-Laylee plush set. It measures about 1.5 inches wide. 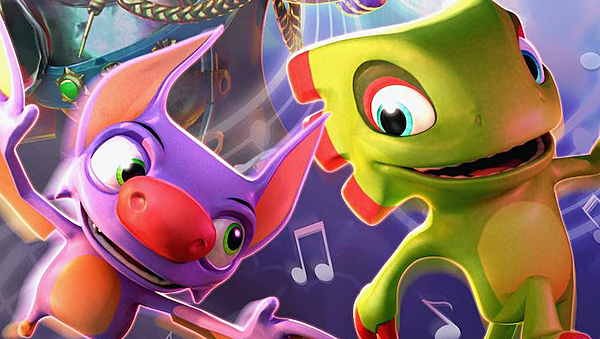 Yooka-Laylee is an open-world platformer from key creative talent behind the Banjo-Kazooie and Donkey Kong Country games. Players can explore huge, beautiful worlds, meet (and beat) an unforgettable cast of characters and hoard a vault-load of shiny collectibles as buddy-duo Yooka (the green one) and Laylee (the wisecracking bat with a big nose) embark on an epic adventure to thwart corporate creep Capital B and his devious scheme to absorb all the world's books... and convert them to pure profit!