Team 17 has made a free demo available for their critically-acclaimed platformer, Yooka-Laylee and the Impossible Lair. Users of the Japanese eShop can now download the demo, and it will be available in all other regions tomorrow. A discount will also be available until February 19th, where you can pick up the full game for 33% off.

Yooka-Laylee and the Impossible Lair getting an update on Jan. 30th, 2020 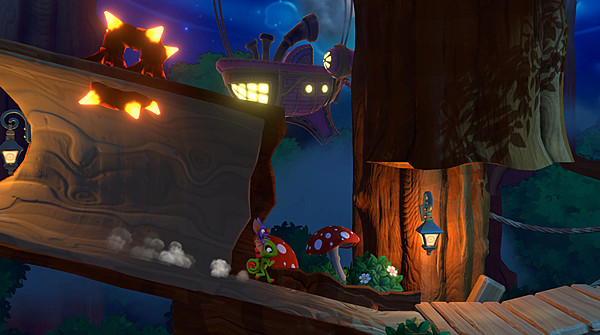 Playtonic has announced an update for Yooka-Laylee and the Impossible Lair, which is set to hit Switch on Jan. 30th, 2020. Check out the full patch notes below.

• Billboard tutorial signs added to Tutorial and Capital Causeway levels.
• adds option to import the save data file from the demo version

Fixed V-sync issue which changed the behaviour of some physical objects.
Removed jitter from some 2D objects in 2D levels
Multiple localisation fixes
SFX for Quack Bomb explosion & Gun Senior death explosion no longer disregards volume settings from the Pause Menu. BOOM.
Fixed an issue causing some players to not get achievements when reaching the required criteria.
Yooka-Laylee will no longer be offset when entering through a door If the player holds left/right on the control stick when loading in.
Fixed an issue which prevented Steve Mayles from growing an additional 0.00001cm
Fixed an issue which caused some TWIT coins to not show as collected when dying after passing a Checkmate.

Update available for Yooka-Laylee and the Impossible Lair 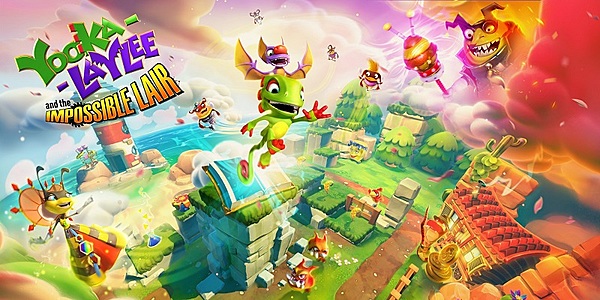 Playtonic have pushed out an update for Yooka-Laylee and the Impossible Lair. While we don't have a version number for this update, we do have details on what it does. This update adds an option to import save data file from the demo version, and also includes some bug fixes.

What's the Overworld all about then? State Changes, Pagie Challenges, Tonic hunting and some good old-fashioned adventure.

Something seems to be going on with Playtonic, and rumors of a Microsoft acquisition or a new Banjo-Kazooie are swirling (UPDATE 2) 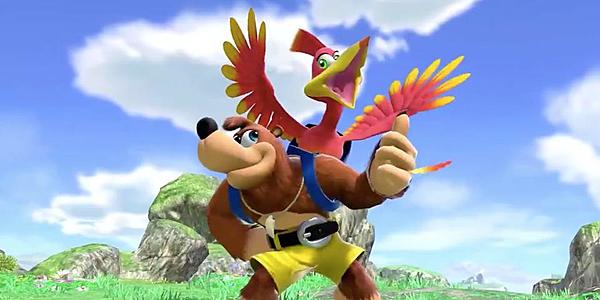 Playtonic just recently released Yooka-Laylee and the Impossible Lair, which was quite a hit with most critics. What's next for the company coming out of that success? Depending on how deep you like to dive into rumors, the company could have some major moves going on.

Just yesterday, we saw that former RARE dev Ed Bryan was officially brought on as an employee at Playtonic. Bryan was a character artist on Banjo-Kazooie, and eventually left RARE in 2011.

Well, I never really had any plans to use this again. pic.twitter.com/r3wS18vrrR

Fans noticed that Bryan tweeted out the above image/tweet on Nov. 3rd, 2019, and when someone asked him what was up with the bag, Bryan responded by saying, "It’s come out of retirement!" As you can see the Microsoft branding on the bag, this has drummed up some speculation that Playtonic and Microsoft are, at the very least, working on something.

Yooka-Laylee, Yooka-Laylee & The Impossible Lair, and in the foreseeable future that game #3, #4 and the #5 one too which is the one I always thought would be game #1.

Finally, we have the news of Playtonic registering a new company name recently. The company, PLAYTONIC GAMES DEVELOPMENT LIMITED, popped up without any explanation on Sept. 17th 2019.

There's certainly a lot of smoke building up here, but where's the fire? What could Playtonic be working on? It's clear something is up, but is speculation running too wild, or is Microsoft really bringing the band back together for a new Banjo outing?

UPDATE: We have some new details that both answer some questions, and raise new ones. First up, Ed Bryan has responded to the hubbub about his bag tweet.

Oh my. I think, all things being equal, it’s much more likely that I’ve dug out my old laptop bag so I can get my work machine to and from the office safely.

Second, we have two new job listings opened at Playtonic. They are looking for an Experienced Gameplay Engineer, and an Experienced Technical Generalist. One of the listings specifically mentions the Unity engine.

Third, and most interesting, are some comments from Playtonic Community Manager Daley Johnson. He was asked for his thoughts on all the rumors swirling about, and answered with this.

Oh the secrets I know. We're back to where we were when I joined Playtonic and had a wealth of info yet to be revealed, hope you remember what it was like to be tormented and looking out for clues 😭.

UPDATE 2: Playtonic has come out to deny all of these reports.

Playtonic, fresh off the release of Yooka-Laylee and the Impossible Lair, was part of a panel at EGX 2019. Wondering what the team had to talk about? If you missed the event live, no worries! You can check out the entire panel in the video above. 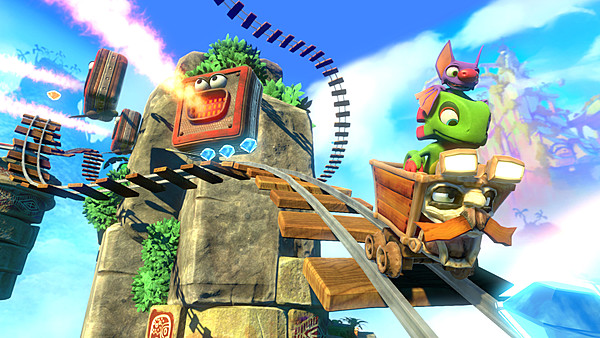 Yooka-Laylee and the Impossible Lair soundtrack now available to stream

A fantastic soundtrack start to finish
16 October, 2019 by rawmeatcowboy | Comments: 0

As promised, Playtonic has released the entire Yooka-Laylee and the Impossible Lair soundtrack online to stream for free. Click on the Bandcamp link above to listen to all 56 tracks! 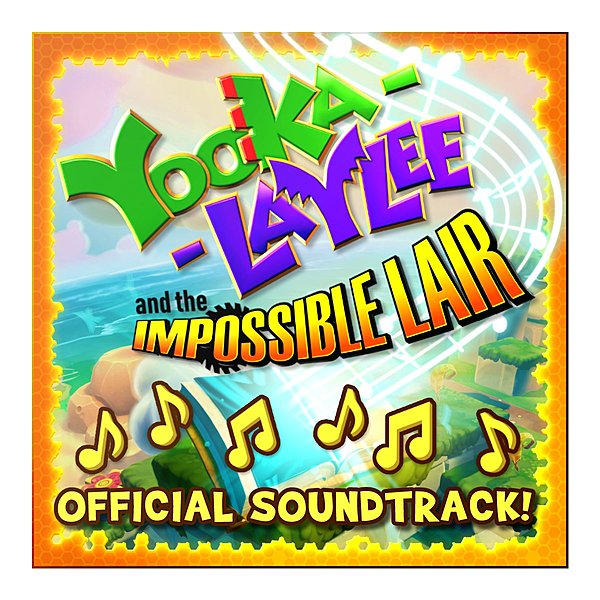 There's a super secret Tonic hiding in Yooka-Laylee and the Impossible Lair's overworld. Find how how to find the Gritty Comic tonic in this walkthrough guide!